From Garderobe to dark rooms to toilets to dance floors, someone has lovingly built a Minecraft recreation of Be– uh, I really don’t want this to be taken down. Of some Berlin club. Looks like Tresor, probably.

Anyway, this strangely Tresor-ish Berlin club sure does, let’s say, lend itself to the cubic block architecture of Minecraft. (Always said that place was really the Borg cube, on so many levels.) Watch: 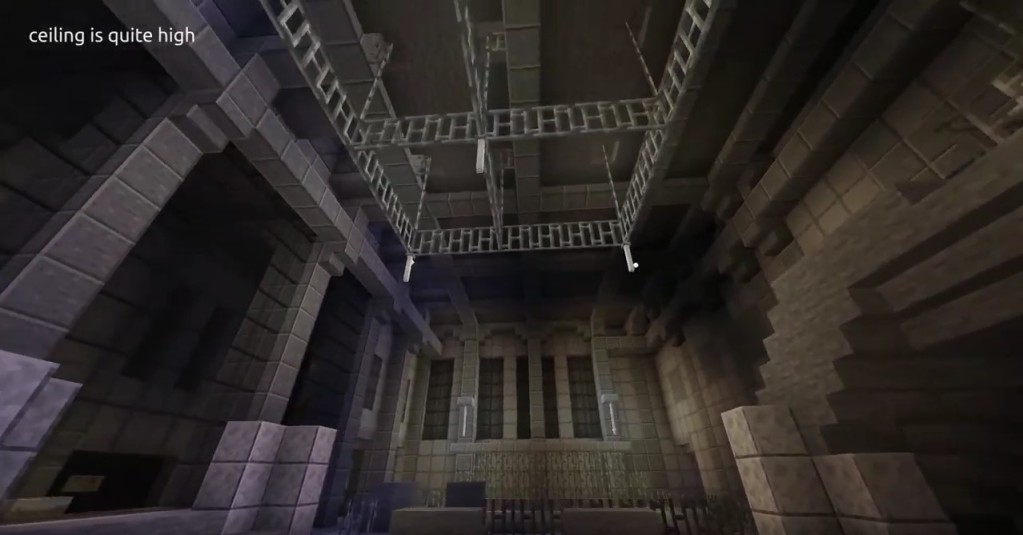 No doubt it is.

No Halle, but you do get an Eisbar. Erm, sorry – this is definitely not that club. Some club that has something up some stairs. Maybe it’s fourbar at Tresor. Yes.

I have no doubt that when we’re all stuck in an old age home, we will be visiting techno festivals and clubs inside some sort of virtual reality, whether it’s this in Berlin, or a VR Movement Festival, or MUTEK from our retirement home. Here’s our future. So we better start mining materials.

Source: posted by the creator to the techno subreddit today.

In other news – with all this VR, what we really need are some recreations of historical venues. Paradise Garage, anyone?

Updated: Here’s the original reddit thread and some comments from the creator – who has some nice ideas, in fact.

Now that I’ve finished this little sideproject, I don’t know what to do with the map itself. Here are some suggestions though, do let me know what you think I should do :

I could host it on a server, for you guys to walk around on the map? We could curate some kind of berghain themed techno playlist, and have this map be its own thing? Or, my favorite idea : With the help of others, I could start building Tresor, ://about blank, Renate, Sisyphos, Griessmühle, and other clubs I’ve been to in Berlin and in Paris? That would make for a cool “techno clubs” map!

Right now I can set-up a server, but I’d just need to make the map griefing-proof.

Edit : wew this blew up! thanks for the gold you guys! For anyone wondering what the plan is, I’m probably going to be working on sisyphos next with another Reddit user!

Edit2 : damn there are some articles about this now. I hope this isn’t going to be a problem for the club? I never intended for so many people to see it lmao

I obviously don’t speak for Ostgut, but I think it shouldn’t be a problem for the club, no, given the architect’s site and other photos of the interior already show way more than this. Plus, this map is basically inside our brains for some of us who have spent some time there (CTM Festival and soundchecks alone for me). This is some serious dedication to … some … unknown Berlin club.