PORTAL is a new granular synthesis effect plug-in from Output – and it lets you get into some serious mayhem across pitch, time, and synced tempo.

Output’s stuff has generally delivered deep, cutting-edge, futuristic sounds with pretty, easy UIs, and this is no different. You can dial up presets by category (with names like “vocals,” “stretch & smear,” “drums,” and “glitchy”). Then you can use either macro knobs and faders, plus the signature graphical portal X/Y control, or dive into a more detailed editing interface. 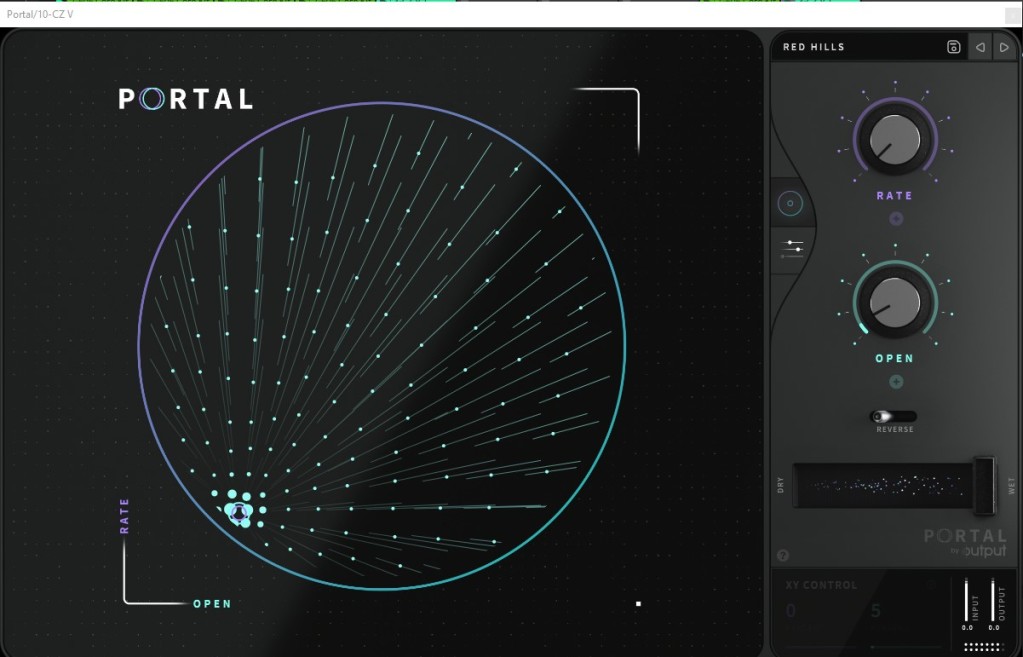 Macro effects and X/Y give you the spaceship control panel overview.

And there’s reason to love this particular package: PORTAL is the stuff of science fiction. Whether you’re just dialing up presets or drawing your own modulation and controls, it lets you mangle space and time the way you dreamed – not just at random, but really warping the heck out of your sounds.

I have no idea how I’d make a demo of this, but – I did wind up mangling a kind of boring groove I’d worked on into this alien world. Pick four tracks, add PORTAL to each, and go. Fun times.

For those not in the know: granular synthesis involves chopping up sound into tiny bits – grains – and then producing new continuous sounds by clustering lots of those pieces together as it plays back. The result can be stretching, smearing, re-pitching, and glitching and distorting sounds, warping and mangling time and frequency in the process. It’s the basic basis of a lot of re-pitch and re-time effects, as well as more specialized (and weird) effects. 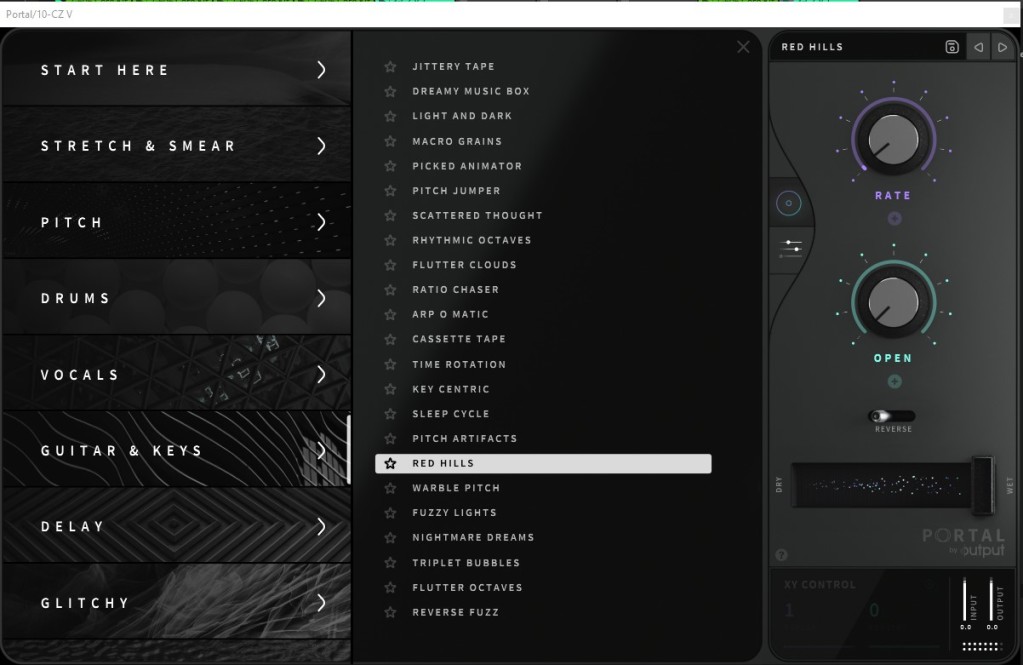 Start by navigating the presets – seriously, go ahead and scroll through them, as each category has a pretty broad range.

What makes PORTAL special is a deep granular engine – combining wild-sound granular reprocessing with a built-in grain delay – all wrapped into a powerful interface. At the top level, that interface lets you just modify a couple of parameters for some major sonic effects. But dig in deeper, and you get a few key features:

That may not seem significant right away. But the ability to run time and pitch free (for mangled special effects) or tune it into specific beat-synced effects and tuned intervals means this can be as chaotic or as tied to the project context as you wish.

The modulation interface is also really clever. Click RNDM to generate curves. Use SYNC to adjust modulation curves to tempo. And then use a HUMANIZE option to add bits of randomization. I’d love this particular modulation editor just about anywhere.

Creating new sound designs this way is intuitive, but this is a case where even the most preset-prone will want to explore some of the presets just to find out what’s possible. Granular effects being as wide-ranging as they are, there is a certain fun to just scrolling through effects presets for happy accidents with whatever source material you have.

I think Output sell short the existing granular effects out there, which they describe as “a method that has previously been out of reach and impractical for many musicians.” There are plenty of great grain effects, and from Reaktor to iPad apps, casual musicians have often found ways of getting creative with them. 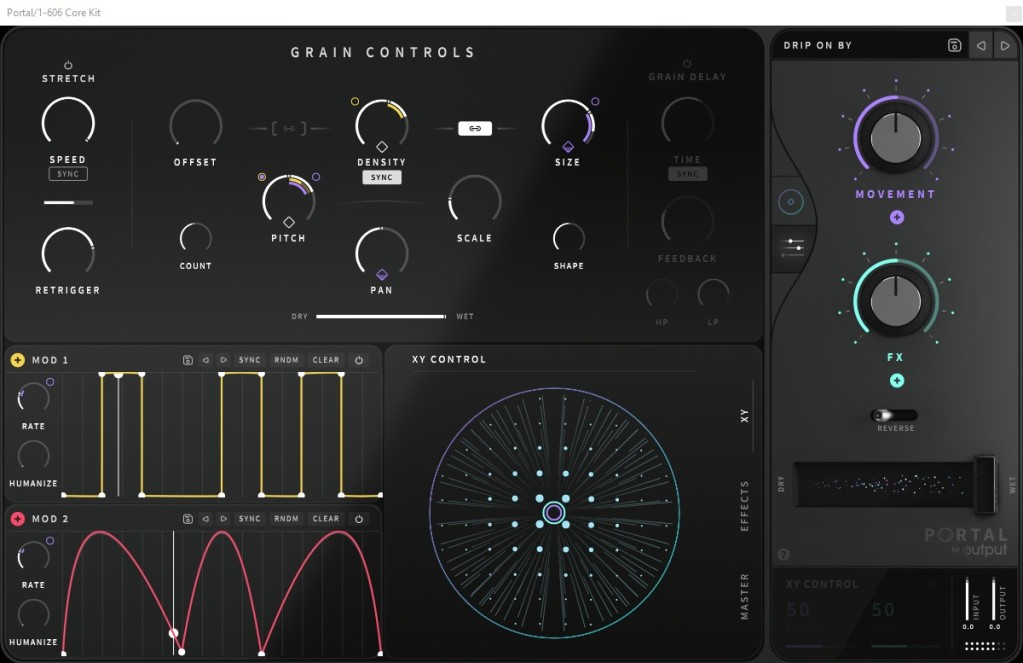 The editor interface is where the fun really starts, thanks to the ability to sync to pitch interval and tempo, easily see what you’re doing, and generate/edit your own modulation curves.

But I also mean to say, I think Output are underselling how special PORTAL is even among those other grain options. Integrating the grain delay and making modulation and pitch and time controls intuitive and accessible makes this one of the easiest sound design tools for grains I’ve seen yet. It’s especially useful as a grain delay.

Just don’t be shy trying a lot of the presets – some are way more useful or musical than others. And don’t be afraid of that editor interface: mouse over the labels for descriptions or numerical feedback on settings, and give the modulation a go.

Learn about how those grain controls work:

VCV Rack hits 1.0; why you need this free modular now