How to Choose a MIDI Controller for VJing 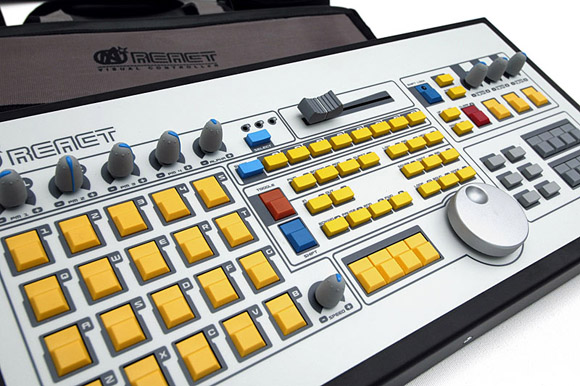 VJing doesn’t require so much in velocity sensitivity or aftertouch, so those fully-weighted super-responsive keyboards aren’t really going to help. Piano keys work fine for triggering clips and applying effects – programs such as Arkaos have taken advantage of the proliferation of keyboard style midi controllers – but for the VJ’s traditional grid-o-clips a couple of rows of pads or a simple qwerty keyboard is a much more intuitive method of triggering source material.

The unsubtle triggering control is made up for with knobs and sliders. With each image layer requiring controls for opacity, speed and scratch (or playhead position), filter parameters, filter opacity, in point, out point… The slider and knob requirements build up quickly.

Controlling Resolume (on a budget)

Obviously if you can use a purpose-built controller such as the ReACT or Edirol’s MD-P1, but where’s the fun in that! The whole point of midi is spending weeks assigning controls and tweaking until you’ve got a finely tuned setup which is second nature to you and completely incomprehensible to anyone else so those backseat drivers in the club will have no idea what you’re doing or how you’re doing it.

I tried out Evolution/M-Audio’s UC-16 and X-session, but 16 knobs is only just enough to dip your toes into the pool of ninja fast Resolume control. I was considering a Trigger Finger (while bemoaning the prevalence of 4×4 pad controllers) when one of my bandmates picked up a Behringer BCR2000. 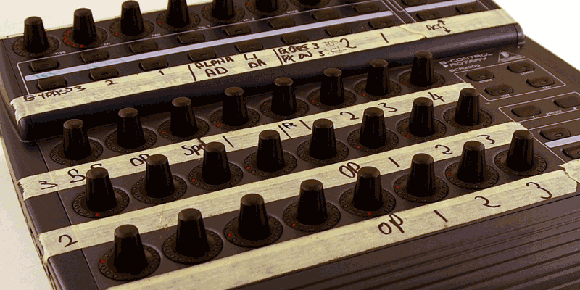 Only a mother could love this face

10 minutes with it plugged into Resolume and I was hooked. I’m fully aware of the… interesting reputation Behringer audio gear has picked up over the years. But set your prejudice aside for a moment and marvel in the hottest combination of cheap and midi control in one knob encrusted box. 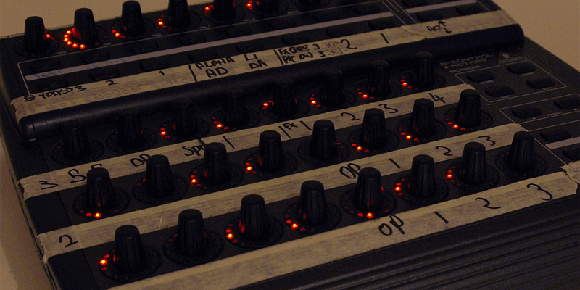 This is a particularly attractive controller for Resolume because the 3 main groups of knobs mirror its 3 layer control scheme. Even the ReACT requires the use of shift or layer select keys to choose which layer you’re tweaking. Clip triggering is covered by a qwerty keyboard (handy hint: recent model Thinkpads have a built in LED to illuminate your keyboard in dark clubs), but most other controls can be covered with a BCR2000.

After a year of use (and several iterations of assignment tweaking) here’s my BCR setup for Resolume. This allows for extremely detailed and intuitive live control. The biggest drawbacks being: 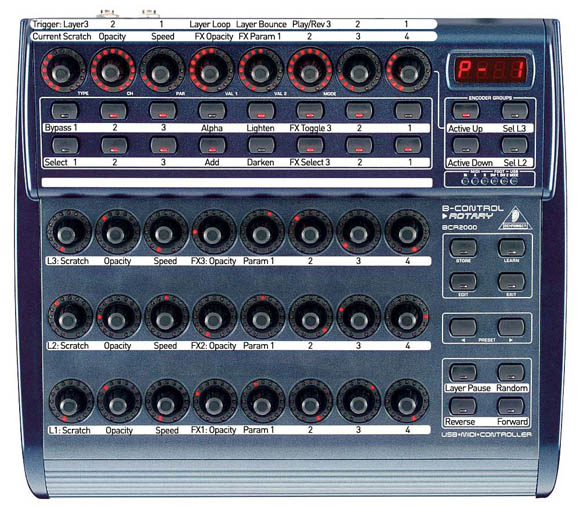 Midi mapping is as personal as operating system setup or plugin selection. I expect every VJ to have their own method of control and preferred layout. There’s no way I’m going to tell you my kung foo is superior, but if you’re still VJing with a qwerty keyboard and mouse it may be time to take a little of that gig money and see how much further your style can go.

MIDI
Blackbox 2.0 is here for 1010music’s excellent sampler – the stable build
MIDI
Ableton Live 11.1 in public beta, with new tools and native Apple Silicon support
VJ
Laurie Anderson, in video, on the stories behind her custom-built instruments
controllers
Attacco turns any mic – and any surface – into expressive percussive music input