Beyonce at the UN: Behind the Scenes of Epic Projection in the General Assembly Hall [Gallery]

The new world of projection is big – really big. Planet big. It’s not a dinky projector pointing at a ragged, wrinkled piece of cloth. It’s something that can stand up to one of the world’s great divas.

When you’ve got Beyoncé, and you’ve got the General Assembly Hall of the United Nations in New York City, you’re on a whole new level. Lucas Werthein of SuperUber is kind enough to share with Create Digital Motion the effort that made this all possible. And, we have a photo gallery revealing how all of this came together. 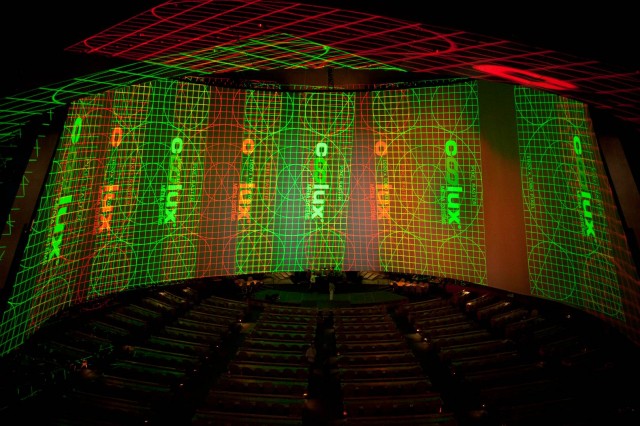 First, he rattles off some of the impressive specs:

This is projection mapping, though onto a fairly simple surface. What makes the mapping so effective is the way in which it can fill the space, making those pictures immersive on a grand architectural scale. It makes the image a real volume in which the performance can take place.

The content itself might draw some criticism. The event celebrates the World Health Organization’s World Humanitarian Day, humanitarian efforts and social causes. The imagery, featuring groups like the Red Cross, tends to more traditional aid – this is people in corners of the world being helped by someone else’s hand, rather than helping themselves. But that’s what powerful projection can do: it can make imagery big enough that it invites big thinking — and debate. Even amidst the spectacle here, that kind of powerful immersion can lead people to engage with what images mean, enlightened in a brilliant glare rather than lost in dimmed obscurity. (And, for the record, with an interactive component, the WHO in this case also invited direct commentary on what social action can mean.)

In the end, you see a performance in which neither Beyoncé nor the imagery upstages the other – it’s two powerful performances, not just one.

SuperUber was invited to direct the technology, screen, and stage design for Beyoncé’s single “I Was Here”. The filming took place on Friday, August 10th, during a live performance for special guests in the General Assembly Hall of the United Nations in New York.

The music video is part of the global World Humanitarian Day campaign, which honors humanitarian efforts worldwide and encourages people to engage in social causes. The worldwide release took place on Sunday, August 19th, and 1 billion messages were shared through social media (whd-iwashere.org).
SuperUber’s role included the integration between animations and technology, the structure design and projection mapping that took over the United Nations General Assembly Hall.

It is the largest indoor compound curved screen ever created – a complex and sophisticated project. It was custom-designed to mold to the inside of the General Assembly Hall. The screen spanned 224 ft X 46 ft (68m X 15m) and surrounded the audience with a 240 degree immersive projection. Ten synchronized and mapped projections covered the screen with 200,000 lumens, creating one continuous giant image.

“It’s an ambitious project that has completely transformed an iconic location – seen as immutable and unchanging, with its goldplated panel and grand volume. By adding a virtual layer to it, we could digitally rebuild it, playing with the architectural elements, and therefore changing the notion of something static. The technology made the integration between animation and architecture. We used projectors to “paint with light” the UN General Assembly’s Hall – a unique opportunity to transform such an emblematic place,” said Russ Rive, SuperUber’s director.
SuperUber was invited by Kenzo Digital, director of numerous acclaimed productions, amongst them Beyoncé’s “Run The World (Girls)” performance at the Billboard Music Awards in 2011. The “I Was Here” performance was directed by Kenzo Digital, in association with Droga5, Ridley Scott Associates (RSA), SuperUber, and Dirt Empire.

SuperUber is an agency, tech lab, and architectural studio working across media and interactive projects, with offices in Rio de Janeiro, São Paulo, and New York 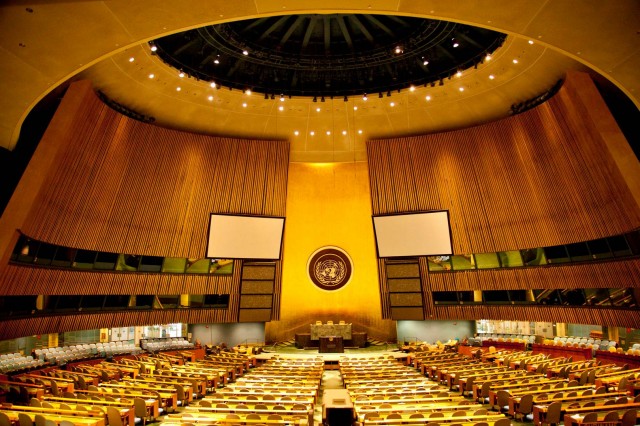 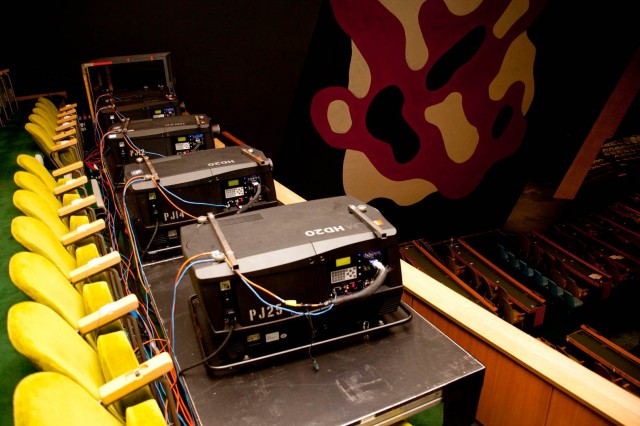 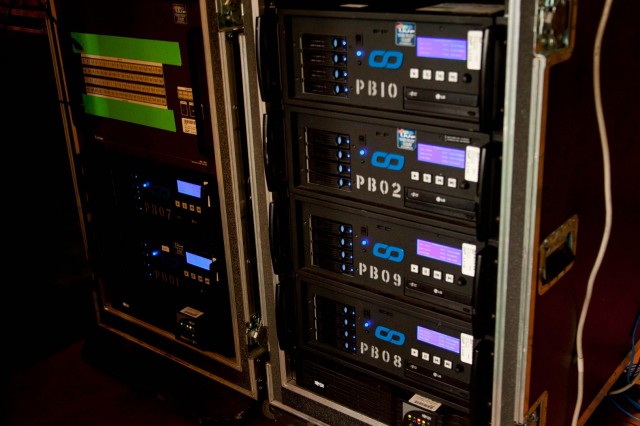 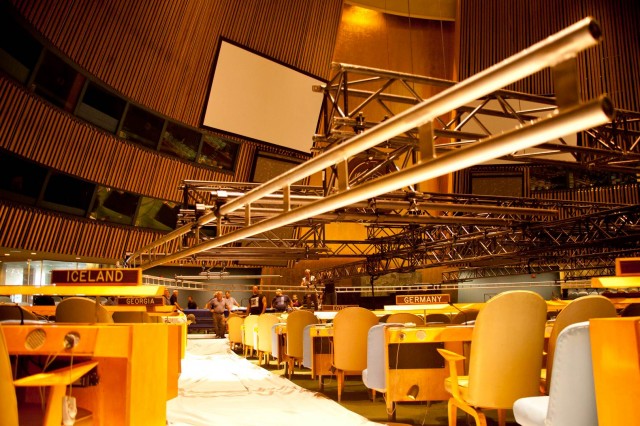 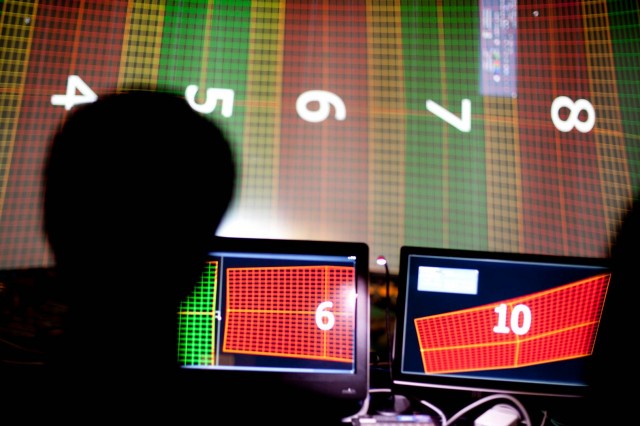 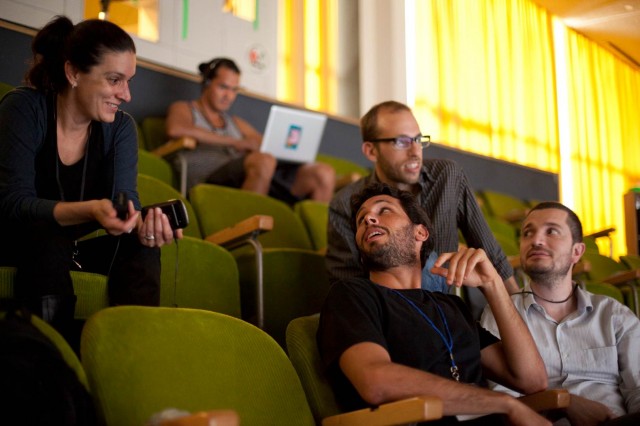 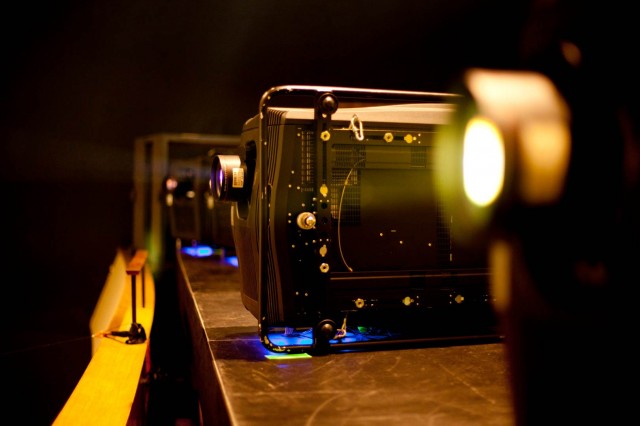 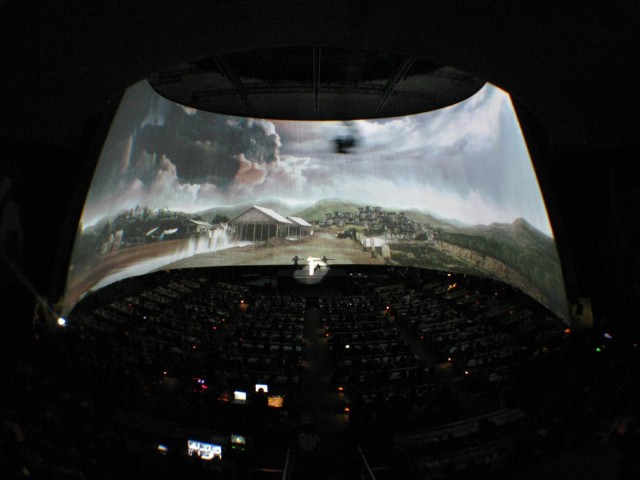 Playing Live From a Giant, Toothy Monster Mouth: Behind the Scenes with Feed Me