Teenage Engineering has an OP-Z prototype, and it’s awesome

The latest unexpected invention from Sweden is the OP-Z – pronounced “oh pee zed.” It’s an all-in-one instrument/groovebox like its predecessor the OP-1, packed into a tiny, game-like form factor. And even from the early prototype shown at NAMM, it’s fantastic. 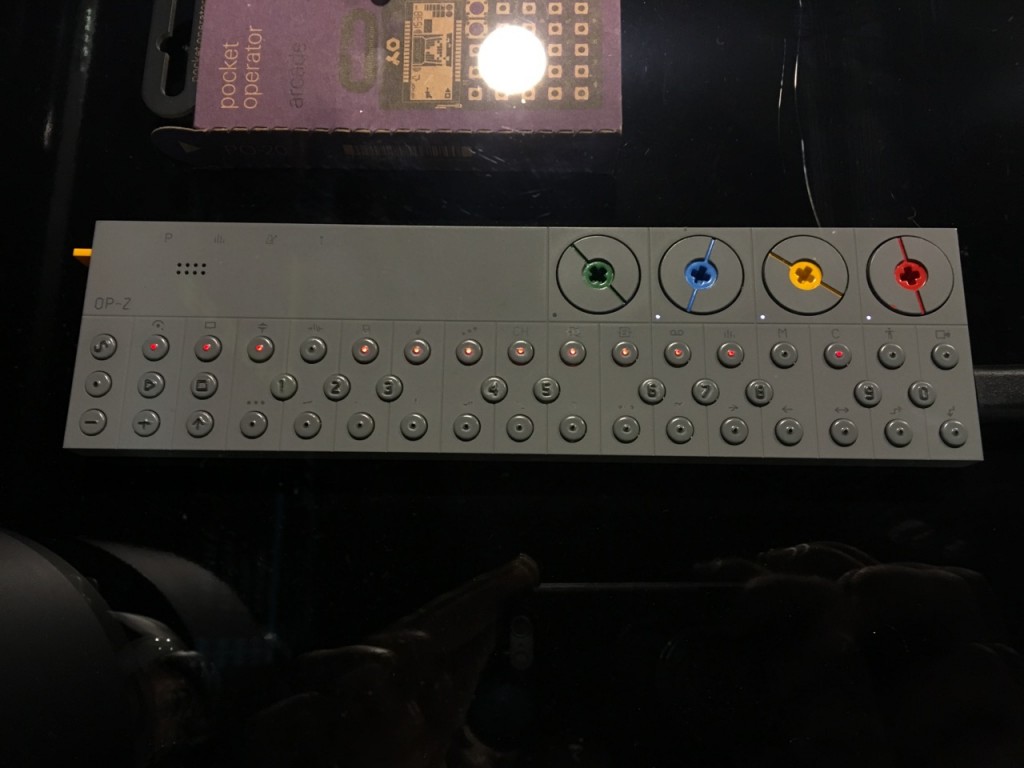 That is a ‘z ‘ in the name, not a number 2, but the new OP is a sort of sequel to the OP-1. It doesn’t replace the original so much as provide an alternative take on the idea.

The hardware combines multiple step sequencers with a synth, drum kit, and tape sample mode. And it also has the unlikely addition of visual sequencing, for adding projected animations to your performances.

The most striking feature initially is the form factor itself. Gone is the OP-1’s signature display, and those keys have been shrunk even further to game console-like trigger buttons. But that makes the OP-Z downright tiny – not pocket-sized, but small enough to sleep with it under your pillow. (Okay. Maybe that was just me fantasizing about that.)

In place of the display, the OP-Z syncs to visuals on computer software. The hardware itself doesn’t output any video – that’s a USB-C port, not HDMI, so you use the OP-Z just as a controller. But once you do add another device, you can follow beautiful animated screens that give you feedback on what you’re doing and how the OP-Z’s structure works.

It’s a clever idea. It means you get big visuals whilst learning your way around the OP-Z, but can then practice until muscle memory take over for live use. And the Teenage Engineers have gone a little crazy with the idea. In addition to menus, you can load animations and visuals, and sequence VJ sets directly from the OP-1. The TE booth actually used the same software to show slides of their NAMM stuff. It suggests a compelling picture for how OP-Z performances could go – just the synth hardware onstage, with VJing to accompany, all from one solo artist.

No word yet on what platforms that software will support, though to me, Mac, Windows, and iOS ought to be no-brainers. 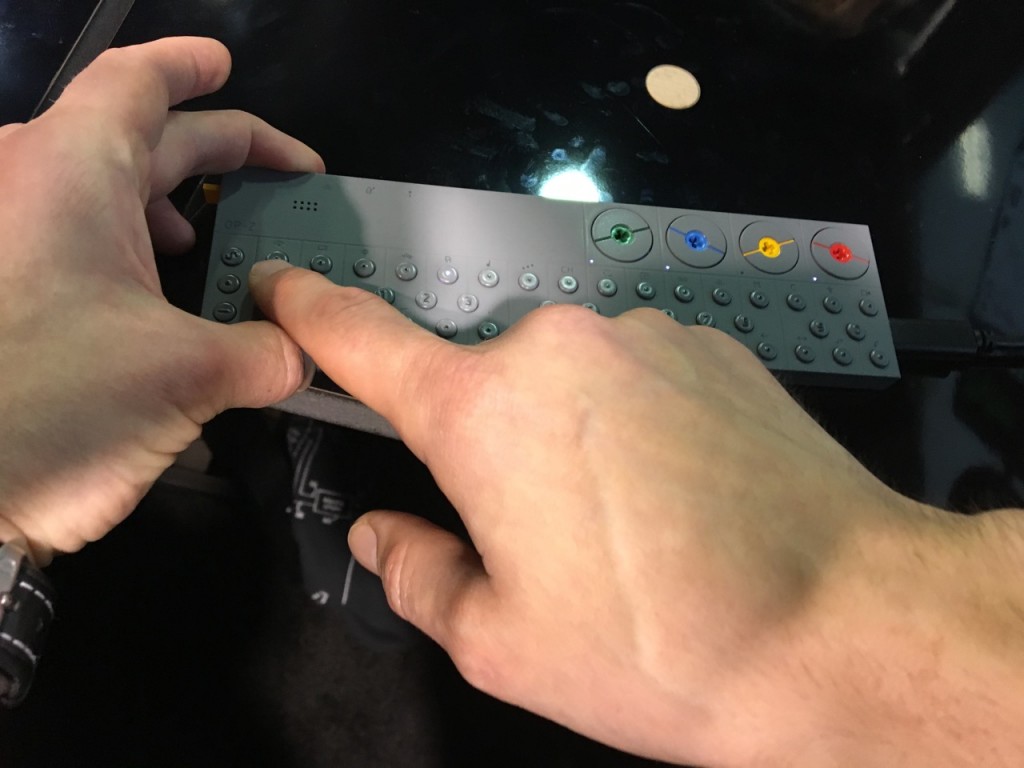 The real fun of the OP-Z, though, is as an all-in-one step sequencer and performance box. The multiple sequencers mean it’s easy to get a synth line, some beats, and samples going at once. Tape mode is just as much fun as on the OP-1 – the Z uses the same sound engine – and adds peculiar performance styles. In drum mode, the OP-Z reminds me of my favorite features of the volca sample, down to gritty re-pitching and stretching of samples.

To this, add macro controls for parameters. Those four circles on the side are encoders, equipped with the LEGO-compatible widget for adding hardware atop the knobs, as seen in the OP-1 accessory line. (LEGO’s patents have expired, meaning this opens up third party and 3D-printed gadgets that company may not have envisioned.)

Unlike the OP-1, the full keys of the OP-Z keyboard double as triggers for other parameters. That means you can quickly tap out sudden effects when playing live.

And all of this comes together in an insanely fun package. Even without knowing what the controls did, in just moments I found myself jamming away.

I have just one concern about the hardware. That handsome dark gray could be tough to see in the dark onstage, if you do want a visual clue to functions. But this isn’t final hardware yet.

I am sure online, people will knock the OP-Z as a toy. But that misses the whole point. It is indeed a grown-up toy, cramming pleasure into a tiny, polished form factor that makes improvisation irresistible. And it should be spectacular for live performance – while eschewing the complexity of (cough) other, spendier drum machines and the like. I’m keen to try it because I think it might challenge the conventional wisdom of some of that complexity.

Teenage Engineering were as surprised as we were that they were showing this prototype at the show – they didn’t originally plan to reveal this very early hardware, and there were some bugs here and there, of course. But none of that made the demo any less impressive, and the OP-Z for some even stole the show.

As the hardware isn’t done, pricing isn’t set, either, though TE say they do plan a price below that of the OP-1. Picking up the hardware, I can’t imagine it’ll be hugely cheaper – though maybe they can open enough daylight in price to make it appealing to those who passed on the flagship synth.

Watch LA crew TeamSupreme prove the power of a collective