Discover the surrealist charm of Kate NV’s music and films

It’s Moscow’s quirkier, playful side that’s probably easiest for us foreigners to miss. But Kate Shilonosova (Kate NV) is earning an international audience for her introspective, surrealist whimsy, and one that’s well-deserved.

Kate NV’s music is beautifully minimal and reflective. The Japan tour makes perfect sense – there’s a distinctively Japanese-compatible electronic aesthetic here. (The poppier nods to minimalism and extensive use of percussion remind me a bit of Cornelius, as do the hand-drawn graphics everywhere.) But her approach to found sound and sampling is equally enjoyable when taken in live. Kate was another highlight for me of Synthposium, and emblematic of Moscow’s experimental, open-minded, live performance-oriented electronic scene. Her own background is in punk and guitars, and she brings that musicianship and improvisational spirit even to this very different sonic idiom. 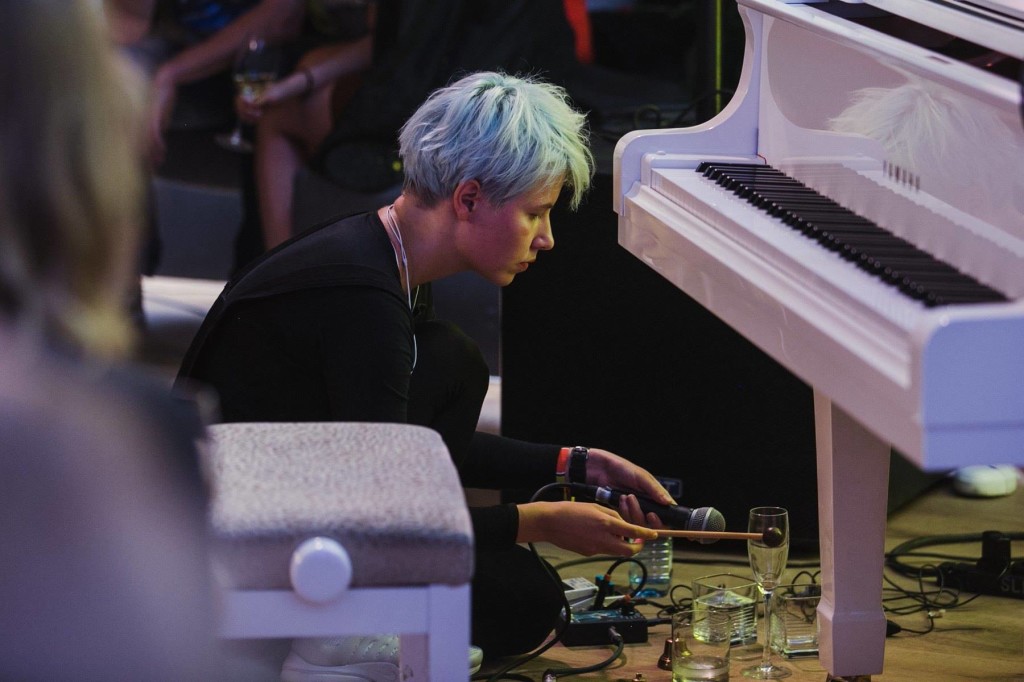 Live, she works with mics and small percussion and sampling (on various Novation gear and Ableton Live), pulling in elements in a way that’s accessible and fluid. And yeah, she’s the kind of producer who keeps a glockenspiel by her computer in her home studio.

She’s been picked up by RVNG Intl, the Brooklyn-based label with a particularly sharp nose for musical inventiveness. And her LP is terrifically charming. It’s also accompanied by cheery, trippy films from Moscow director Sasha Kulak. Watch “дуб OAK” (each is titled in a combination of the Russian and English equivalent of a word):

These films are also available in a generative form, which you can watch on her website – click, and you get different variations:

This project is based on works of Moscow conceptualist Victor Pivovarov,
more specifically on his series called “project for the lonely man”, 1975.
This movie is telling a story about one lonely man’s day.
Every time the button is pressed, the new, slightly different day is generated from the common routine actions.
Thus, creating the sense that all regular days are the same, but in its own way very different.

To get a sense of the live set, here’s a representative set from last year: (Though I wish we had the video of this month at Synthposium! Will share if we get that….)

Her songwriting and singing are also exceptional, though; check, for instance: 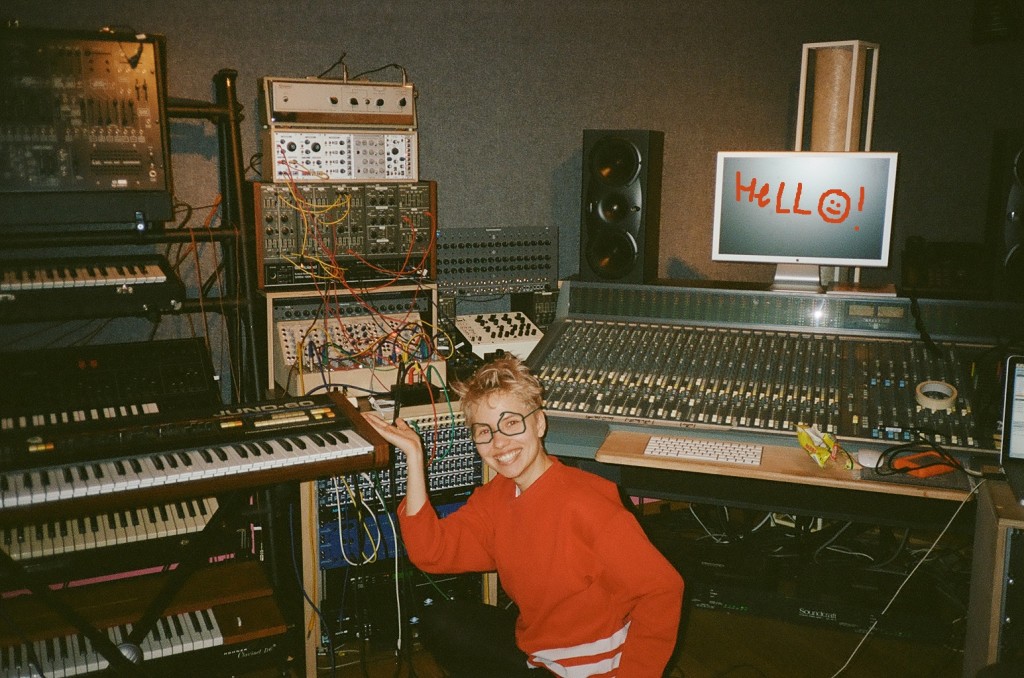 Why is this woman smiling? She’s hanging out in Red Bull’s massive Cologne studios.

To get a sense of her tastes and DJ skills, here’s a mix created for DJ Mag – featuring Prokofiev, no less. (You know, I charted the guy and it’s like he almost didn’t notice.)

Lastly, of course, everything is better with a Japanese documentary:

I also love her series of illustrations on manuscript paper and glimpses she makes of her studio, which you can find on her Facebook and VK pages: 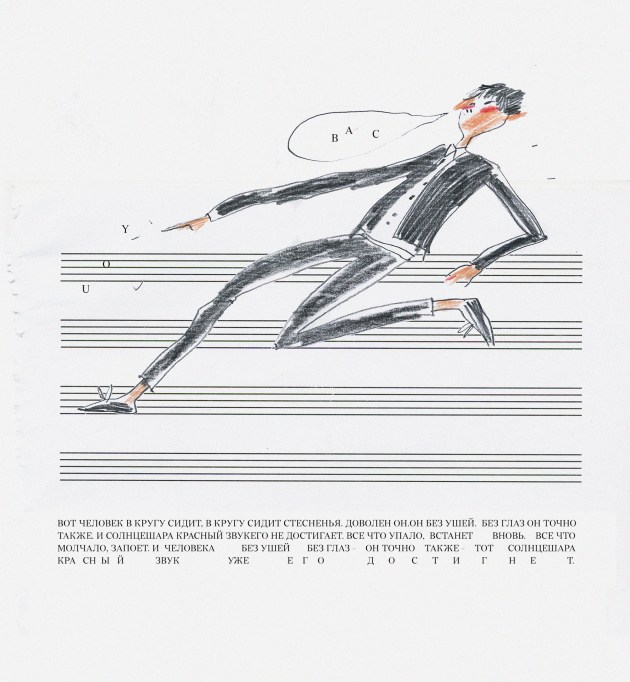 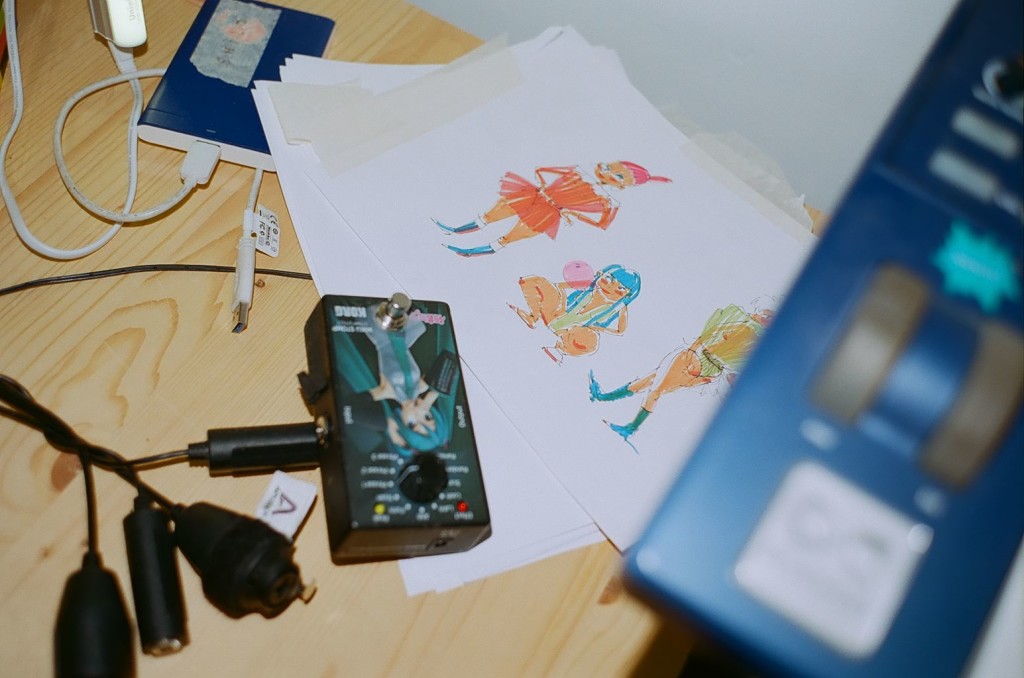 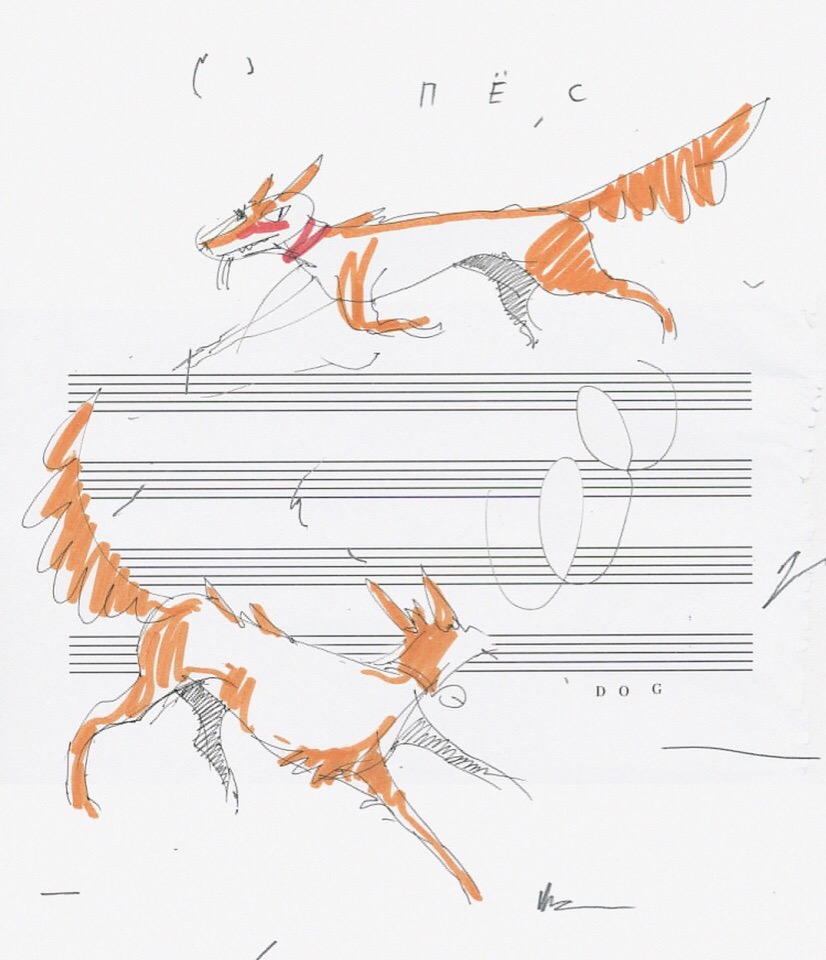 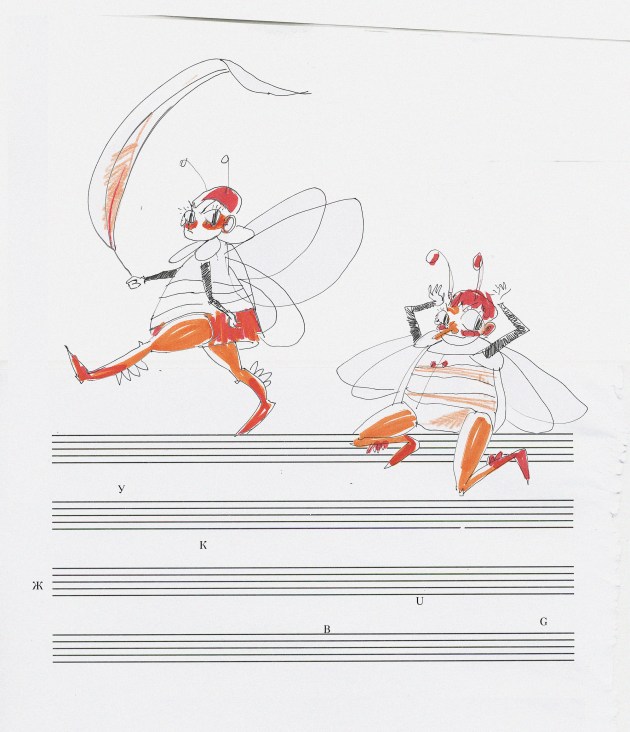