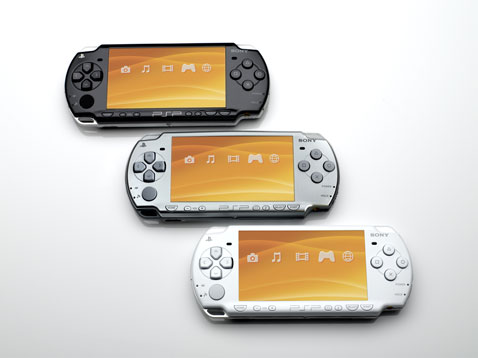 This could be an very interesting option for VJ’s. Sony has updated the PSP line with some nice additions, slimmer (thus the PSP Slim moniker), longer battery life and decreased load times. But, we dont really care about those. What we care about is video output support:

The current news is that the video output cable is sold separately, but will include composite, s-video and component. Thats great news. For those that don’t know, the PSP also allows users to transcode media and play movies off of a memory stick. This means the PSP can be used already for clip triggering – which might be a bit unwieldy at first. But with the PSPs strong homebrew scene, this could be a very interesting and fun option for those looking to differentiate their hardware setup. I can see a whole slew of games being turned into mixer fodder for parties, and homebrew that leverage the PSPs built in graphics hardware.

You can read more about the new PSP slim over at Kotaku – PSP Slim Coming in September.

Thomas Dolby, on Music Making Past and Future: The CDM Interview

Regarding that Quartz Composer issue…