glitchNES: make visuals with your Nintendo

No Carrier (a.k.a. Don Miller) has released glitchNES, a ROM (read: game cartridge) that makes user-controlled visuals on the old school Nintendo Entertainment System, with results that resemble the effects of circuit-bending. glitchNES is free, open source, and runs well on NES hardware and in accurate emulators, e.g., Nestopia. Get it from No-Carrier.com. 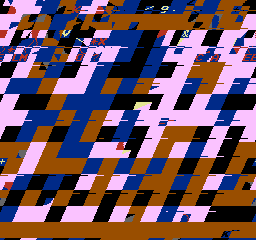 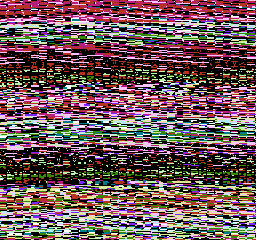 As Don says in an interview on True Chip Till Death, “I really hope that it will be used by people to do live visuals at chip shows or other music events. However, I think it is fun just to tinker with – changing graphics and playing around with it in an emulator.” glitchNES is eminently hackable: it’s just over 300 lines of code, including white space, and the graphics are easily changed with a tile editor (see the readme). Given a little time to get used to 6502 assembly and read up on the NES and its pecularities, and you’ll soon be hacking up your own version of glitchNES. After all, that’s just what I did for my last two shows at 8static and South by Southwest with a pre-release version of the ROM. Thanks, Don!