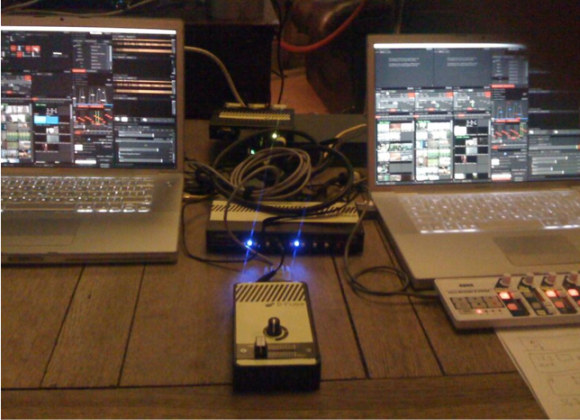 Finally, “mixing” doesn’t have to be synonymous with “S-Video/composite”: DVI-grade mixing at affordable-by-human prices is coming. We were already thrilled by Toby *Spark’s effort to lead a community-driven DVI hardware mixer effort. But tantalizing as the teaser was, it led to still more questions.

Toby has followed up with an extensive Q&A on his site. (Expect more details via CDM soon, as well.)

There’s also a good note here about resolution. Dual-link and higher resolutions are out — for now. But, really, is anyone complaining at this price? This is a huge leap from the current state of things.

What’s remarkable to me is that the basis for all of this is existing, off-the-shelf hardware. Be sure to review the full text of Toby’s Q&A, plus our original story. This could be the start of something big.

Can Mobile Projection Get You in Trouble? How Do You Plan?

Two Garbage Cans and a Microphone