I found this totally spellbinding, so I asked Colin Sebestyen of CSTNG-SHDWS for some more detail about the project, and he replied with some great information on preparing visuals, performing live with sound-makers, cutting a promo with Digital SLR footage and much more:

CDM: Hi Colin. Lovely looking stuff. Can you give me some more details on what’s going on there? Preproduction? Live performance tools?

CSTNG-SHDWS: This performance was for LoveTechSF in San Francisco. It’s a collection of artists and musicians that contains a major component they call LearnTech, where artists and visualists present their setups and show their methodology in a workshop setting. As such, we’ve all learned a lot very quickly.

CSTNG-SHDWS is myself and Justin Metros. We both have ad/interactive agency jobs (fluid.com and cobracreative.com), & instruct at the academy of art university, but we VJ at night here in san francisco. We use Vjing as a creative playground, a way to get our ideas down and to try new design concepts that usually make their way back into our “real” work.

For this promo video, we are syncing to prerecorded Nonagon tracks, however, the performance was all live. Nonagon has a MAX patch that sends his monome and MIDI data to control Ableton live. We split this signal and used his data for our VDMX setups. Justin and I VJ in VDMX exclusively, however, our real focus is interactive and motion graphic design. 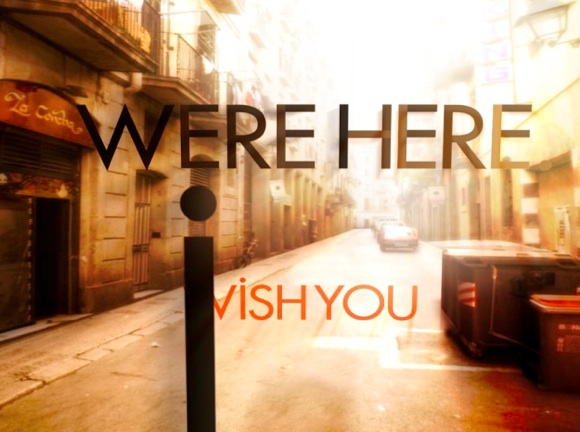 Nonagon (JB Kirby) is a brilliant guy, he programs AI during his days and makes soulful computer music at night. In working and discussing with him, we had a lot of creative discussions- sacred geometry, decay, math in the natural world and etc. His music was in progress for this show, and we designed visual packs that he could approve and give influence to his sonic landscapes.

We typically design and sketch out our ideas, and then design in Cinema 4D and After Effects for our motion loops. For a final round of approval, we typically create polished motion loops, and then remove as many of the extraneous effects as possible so we can recreate and control the effects live using effects chains in VDMX.

Justin has a programing background, so we have messed with programatic visualism (Quartz, Flash, etc) however, we have found that the design sensibility typically suffers as opposed to a loop based approach.

There are three tracks in this promo… the live show was much longer, about 10 tracks or 45 minutes. We had a live vocalist in Angie Donkin and her violinist. They had both worked with Nonagon- The violinist we could not glean any data off of, so our data inputs were nonagon’s MIDI feed and of course, the live audio levels. The violinist, however, had effect pedals that he utilized and added a beautiful organic feel over the whole set.

There are three tracks represented in the promo – First, “Fixed Action Pattern”- in which Justin and myself researched as much about geometry and nonagons, specifically. We looked at the number nine and it’s representation in the natural world as much as we could. We used 9 as our random seed in our flocking simulations, generated nonagons in about as many configurations as I can guess. 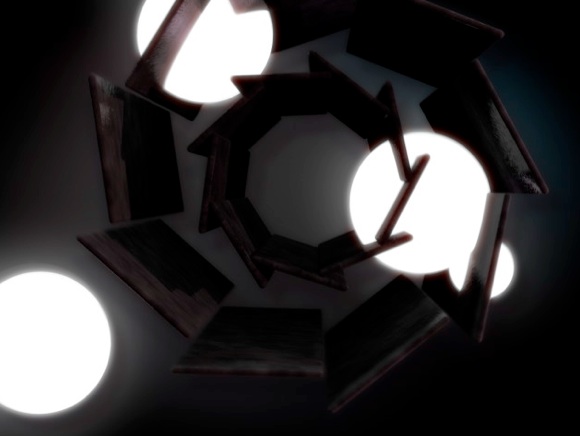 For “Kontrol (I wish you were here)” We worked with Nonagon + Angie and created projection mapped scenes of original photography of tokyo and spain. Using a live font we created for a corporate job! (check out http://vimeo.com/7293141) we visualized the loss, yearning, and emotion in the song. 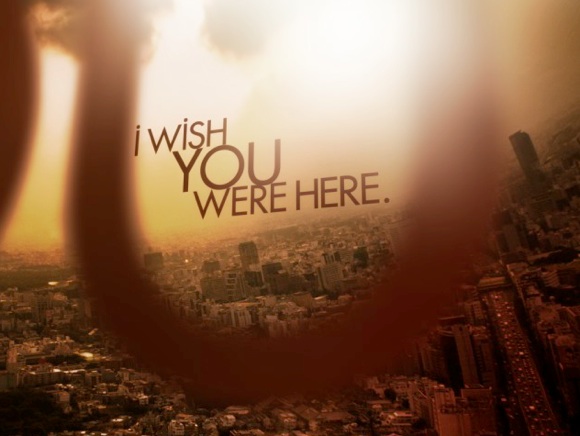 We mixed using a standard v4 and projected. It was a bunch of work, but also satisfying in the crowd response.
Also playing that night were the excellent moldover and Tim Thompson.

I find the promo particularly effective. I picked up a video-capable digital SLR last year, and have shot a single test piece with it so far. DSLR video has its own drawbacks and issues which we’ll cover down the track, but the strengths are clear in Colin’s video. It has a superb lens look, and lovely colours.

CDM: From Alexander’s vimeo channel I take it he’s shooting on 5D MKII. Did you do the edit and colouring (was there any colour correction, or did it look that hot straight off the camera?) Any issues with the 5D footage?

You also mention “projection mapping” in your description and in the tags of the video, but I think you’re using the term slightly differently to how we do at CDM. It looks like you’ve mapped photography to 3D models of the spaces? Is that what’s going on for the “I wish you were here” visuals?

CSTNG-SHDWS: Alex has directed along with Justin and shot a few videos check out this work at his site.
We color corrected using Magic Bullet Looks. 5D edited no problem using final cut and then sent to AE with our video for the promo.
Before: 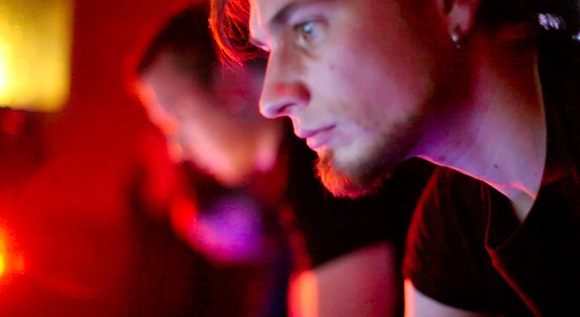 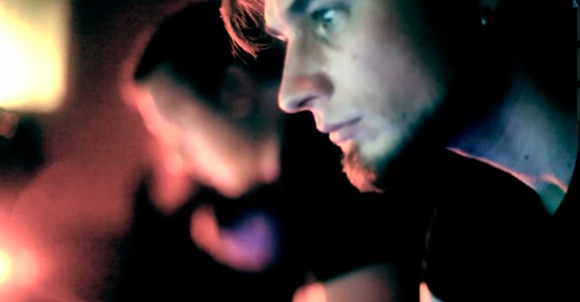 Projection mapping in c4d works the same as it does IRL, you select your texture and just project it on geometry and then film it with another camera… 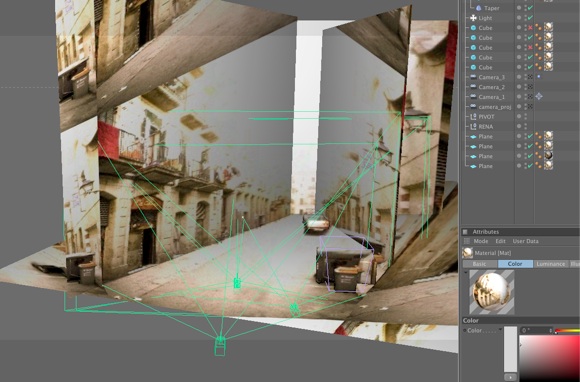 The type that is floating in the scene was our own FUTURA_ANIMATED, a live font free to download– check it out here–
http://vimeo.com/7293141

Also this was a huge show! In the promo we could only get 3 tracks in but we might create an alternate cut with some of the other designs and concepts

Thanks Colin. I’ve got another great interview with lighting designer and visualist Joakim Faxvaag in the editing pipeline, but I’m aiming to have more time for CDM in the coming months, so if you’re doing great work, please get in touch.

visuals
Jitter 8.5 and GLCore join other major updates to Max in 2022, with advanced live visuals
performance
Finding lost intimacy and freedom, in the collaborative hacklab at CTM Festival
vdmxVJ
Play with Snapchat Lenses live for VJing, music videos – here’s how
visuals
Train AI on images, and GET3D populates your world with 3D objects and characters