Music and visuals are each themselves endless wells of potential; put them together, and “infinite possibility” probably isn’t an overstatement. This July, label Ghostly International is working with researchers at New York’s Eyebeam research center to do a free, one-week intensive on dynamically-generated visuals for sound. Before you read on, that deadline is the end of today NYC time, via a fairly simple online application form. Check out the full details and application form.

The event is led by artists Aaron Meyers (Flying Lotus’ Fieldlines) and Aaron Koblin (Daisy Bell). I asked Mr. Meyers for a round-up of the kind of work that he’s done:

Aaron and Aaron built the visual software above and performed with it live at Ars Electronica.

Interpol – Rest My Chemistry Video from Aaron on Vimeo.

The Aarons also built this terrific music video for Interpol – and certainly, music videos are another window into the fusion of the musical and visual media.

For their part, Ghostly International have a real leader as a label integrated visuals with live music. Their tour last year had rich visual accompaniment live, and they’ve made novel visual interfaces a critical feature of their iPhone app, and another means for exploring their catalog through visual imagination, and not just text. Images below.

Expect more from this week in New York, and I hope to see at least a couple of you there. 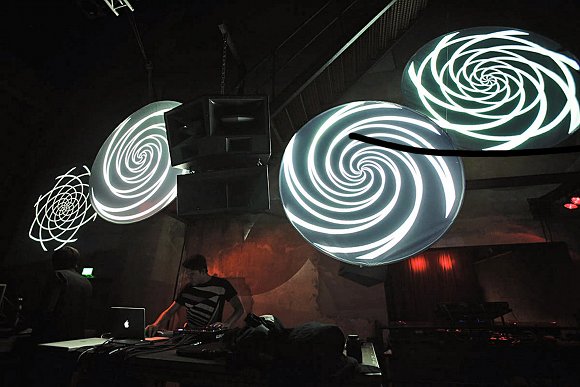 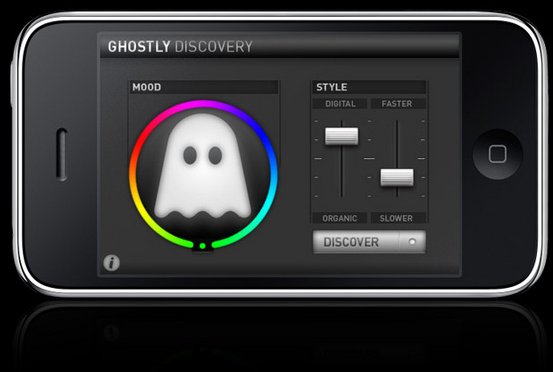 (Talking to Ghostly separately is a must; hope to do that soon! -Ed.)