As ubiquitous in our lives as the digital landscape of sites like Google Maps can be, they’re in some sense private space. They strip our world of human beings (or freeze them in strange, invasive shots taken by roving vans), and put that space in the exclusive hands of private publishers. (Or, at least, one beginning with the letter “g.”) That has helped the groundswell of interest in OpenStreetMaps as an alternative. But looking deeper, we’re reminded of our role in physical and imagined space and what mapping itself can mean.

A film by Roel Wouters takes a creative approach to reimagining Google Maps, as crowds re-populate the area around Eindhoven’s Strijp S (the former industrial park in the Dutch city). Here, using overhead videography via fishing rods and tracking with orange traffic cones (“pylons”), the tiles in the map come to life with human movement. Crowds evoke the markers and overlays with fanciful movements in herds and miniature dances, drawing and scrawling and dancing across the surface of the map. The film calls pierces the veil between us and this constant, co-present virtual map of our world. It plays with the idea of maps as public space, and toys with the overhead perspective that soon becomes part of our self-conceptualization of our world.

It is a short film, a dance (complete with choreographer), a music video (complete with evocative, reflective score), an MGM color spectacular for the digital age. 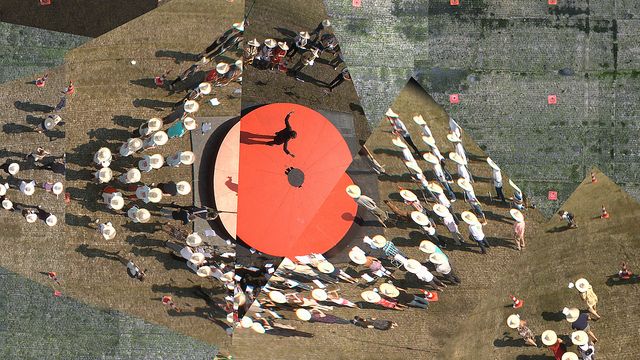 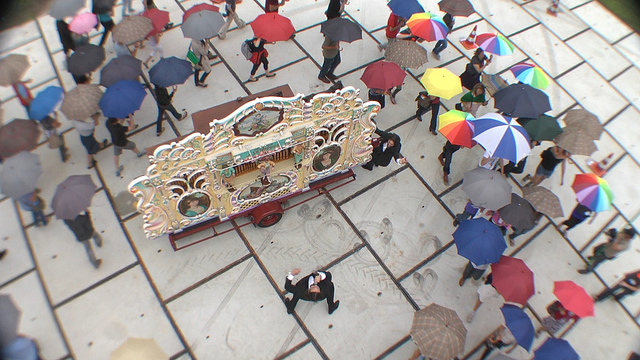 Wouters may or may not have intended the political program, but the film for me re-humanizes the map. There’s no great arc to the film, no moment of revelation; it can become caught in its own technological ingenuity. But it still may have you seeing maps in different ways, and it demonstrates that tracking technology can be applied to radically different purposes in filmmaking.

(Really, just a few cameras, orange cones, and fishing line – yes, you can do things like this.) 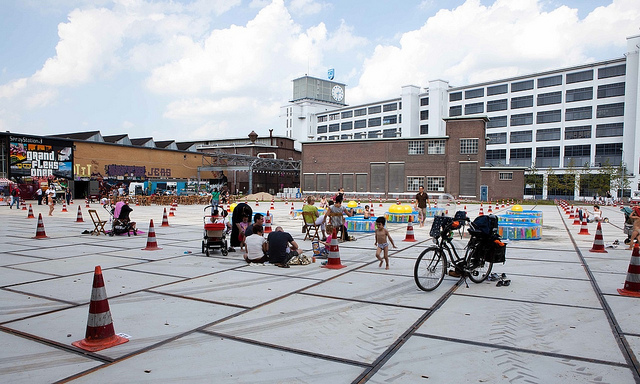 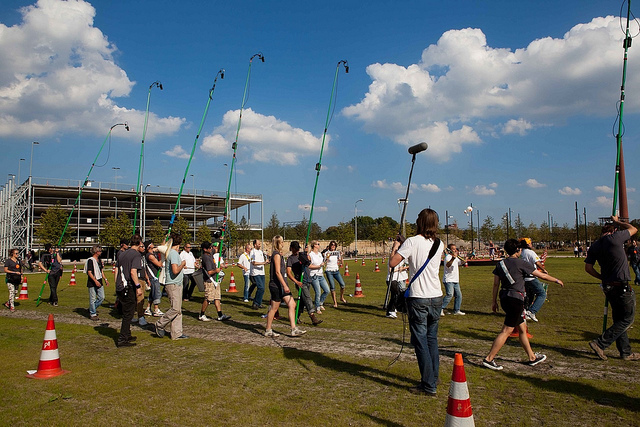 What if Google Maps went live…
was recorded using six cameras attached to fishing rods on the former Philips industrial site Strijp S in Eindhoven during flux/S SQUARE ONE, the Prelude September 3-4, 2011

Behind the scenes images:

From the iPad’s Screen, the Music of Human Boot Project [Tabletop]