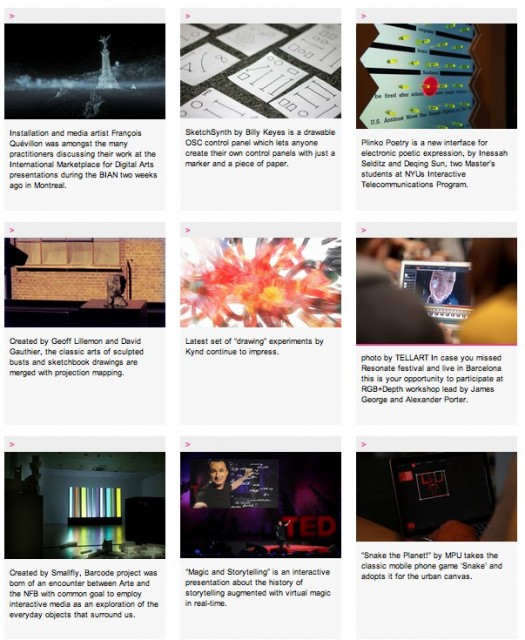 For creative coders, OpenFrameworks has been a godsend, taking the gnarly power of C++ and making it accessible to artists and designers, some of whom might never have touched code. It’s unlocking a lot of the amazing work we see, from interactive design to Kinect hacks. (See Gallery, above. This week, OpenFrameworks added a 0071 tag to its the 007 release it quietly released last year, which just about doubled the software in size. What’s in all that new heft? Well, it’s not bloat: critical tools that previously worked only as add-ons are now part of core, bringing lots of new functionality into the software. A lot of the release is also, crucially, examples, so it’s not only that it does more, but that you’ll be able to understand how to use that power

In short, OpenFrameworks is now more powerful, easier to use, and adds some functionality found in Processing that has been missing in OF.

As a sound fan, I’m also excited that they’re working toward an ofxSynth sound add-on. (libpd also nicely integrates with OpenFrameworks, so you can use Pure Data patches right inside OF, natively.)

Before the lusty month of May was done, OpenFrameworks added still more improvements. Work is beginning on the 0072 development branch, and now in stable 0071, these highlights:

All in all, great-looking stuff. Just be careful, and retain your previous versions: some past OF code will need adjustment before it works in the new release.

Touch iOS Music in a New Way: Hands-on with Cantor for Users, Inside Details for Developers

mobile
Review: nanobox adds palm-sized synthesis to 1010music’s cute gear line
inspiration
When Tehran lights up Köln, pull up your experimental electronic caravan and celebrate
animation
Go listen to this podcast about HBO’s epic sounds – and stick around for some retro visuals, too
inspiration
Celebrate Eliane Radigue at 90 with a free documentary and fresh, radical re-releases