It’s surprisingly beautiful, sometimes, this point where light meets substance. So, saying “projection mapping” suggests something other than what we really want to do, which is to sculpt with pixels. Here’s another example of that zeitgeist’s ouvre, from Austrian artists participating in the Schmiede “creative playground” last month. And the result looks like a digital bird that broke through from some virtual dimension – or, perhaps, an alien creature that will kill you in an unreleased Half Life game. (In a good way.) Via. 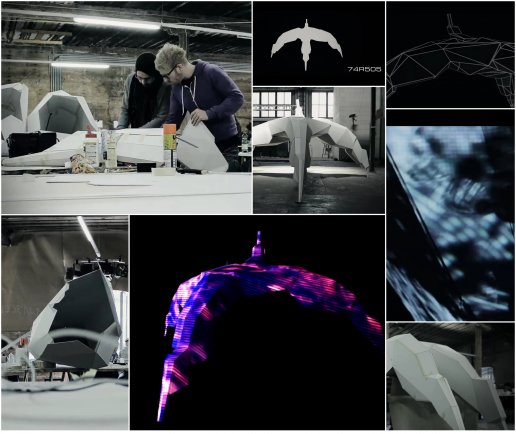 And I have no idea what this next video means, but I’m a bit disappointed that it links to a Facebook group and not a secret society. It is very fun to watch, though (warning: not for those who are alarmed by the sight of nipples – though, sorry, can’t do anything to help you there).