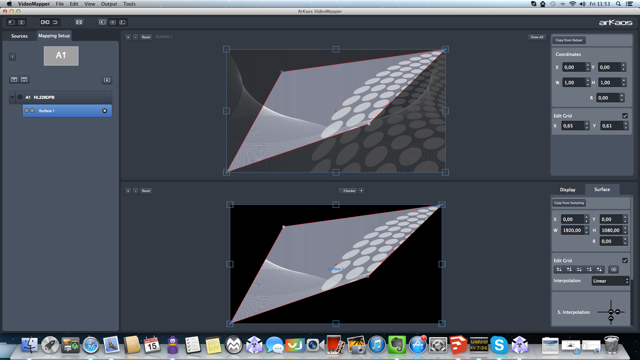 It’s a mad, mad, mad, mad world of mapping. Mapping as a technique can be accomplished in any tool, and its use predated specific end-user tools by a number of years. But 2013 seems the year that the ubiquitous MadMapper will see some serious competition as other tools specifically move in on its turf, with specialized facilities for creating custom geometries in projection and lighting.

And so, we see in screenshots a better look at how ArKaos’ offering will look. Works for me: competition is healthy, and each of the visual software vendors has its own cadre of devoted artists. New in this version:

At the same time that mapping is going mainstream, the VJ app is going pro, more than ever before.

ArKaos has already confirmed to CDM that they intend to bring the technology to the independent artist and VJ, to the experimental visual performers who helped build this technique. So, don’t feel abandoned yet, if you’re an indie artist. But you should also expect ArKaos and others in this field to look at those with deeper pockets first.

ArKaos’ debut of their video mapping product will, accordingly, come with the announcement that they’re starting a “Pro” division just to cater to those bigger customers, and rolling out a media server dubbed “Stadium.” (Hello, Super Bowl.) Next month, as Frankfurt, Germany plays host to the massive Musikmesse, it’s also the scene of the biggest live event and lighting show in Europe, Prosound + Light. ArKaos will then “serve the large-scale, professional level show and lighting projects which now dominate much of the ArKaos client base.”

While it probably doesn’t look at that way at first glance, I actually think this move could be good for the indie artist on a couple of levels, though. First, part of the reason that those projects “dominate” the user base of someone like ArKaos is that the underground VJs playing for a couple of gin and tonics in basements are now very, very often the ones working the bigger shows. And while it’s not always an ideal market for artists, to say the least, the rising popularity of cutting-edge techniques like mapping and generative live visuals, among others, means that very often these big venues will need to look to the experimental scenes that developed the techniques to get the best results.

The simple pragmatic reality is, the “stadium” gigs are likely to help fund the future of independent developers like ArKaos; “trick down economics” of visual apps may work well – especially if artists snap up those bigger gigs. And that should provide ongoing incentive for a company like ArKaos to be smart and offer its toolset to those paying for less-expensive licenses. Today’s art student could be tomorrow’s art director on the World Cup.

With that in mind, let’s look at the mapping features. I’ve asked for specifics on what this will look like in GrandVJ, outside the media server, but ArKaos for their part has said in the past that the two will look more or less the same. That means we now know more about “what” the mapping tools will look like, and can await the question of “when.”

I’ll be in Frankfurt for Prolight + Sound. I discovered too late last year that the visual booths have far less noise (away from musical instruments), fewer people (away from … uh, musicians), and more free drinks. Yeah, remember what I said again about the maturing of the market into bigger-industry clients being a good thing? See you there. 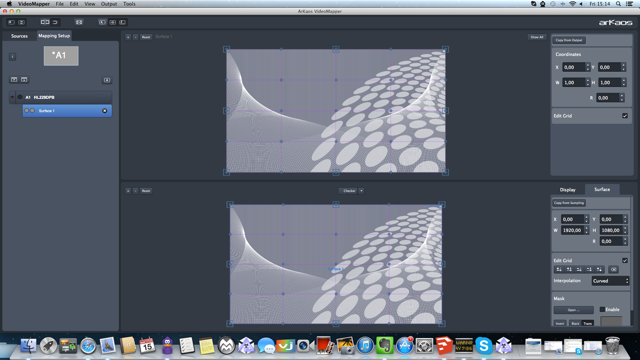 When Reason Met MIDI Out: How MIDI, Virtual CV Work in the New Reason 7 [Pictures, Details]