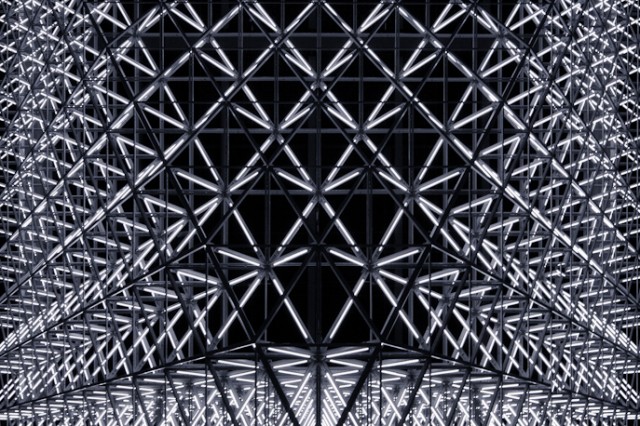 What we’re really talking about is light: light, manipulated in three-dimensions as dynamic digital medium.

So, it’s fitting that as the draft form of educational programming for the Moscow International Festival of Light was being passed around, I noticed the following edit on a panel title:

The new forms of light intersect art and architecture, physical and urban environments and online realms, animation and performance and environment.

And to deepen our understanding of what that means, it’s vital to listen to one another. In Moscow this weekend, artists from around the world will get to better know their Russian counterparts, in a unique educational collaboration. The event is curated by the creative tech community MIGZ.ru – a platform for work in Moscow and beyond, together with Creative Applications Network (I also helped contribute to the programming with MIGZ), and organised by the Government of Moscow.

The international character of the scene can’t be denied. But visual communities are too often still disconnected by geographic barriers, something current political tensions aren’t making any better. So this is an extraordinary opportunity: the program is half Russian, half international, a chance for artists, developers, teachers, and journalists to encounter each other’s work and share experiences.

I’ll talk about some of the developments in the scene, and lead a panel on the ways in which visuals intervene in spaces with projection. I’ll also be running a hands-on workshop in which we experiment in ways of connecting sound and image.

But as a writer, I’m delighted that these threads also run through the rest of the programming and artists’ work.

“Wearable” projection and theatrical visuals by Russian Visual Artists (who have worked with legendary Moscow theaters from ‘Praktika’ Theater to the Bolshoi):

Assembly from Mimi Son on Vimeo. 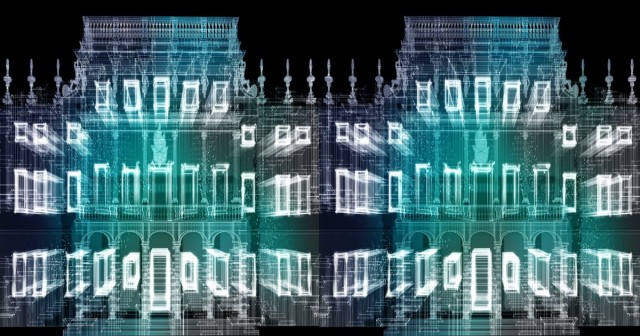 Austria’s choreographer/electronic visual artist Klaus Obermaier is at the leading edge of body mapping; it will be a pleasure to see him again. Here he is at Ars Electronica in 2010:

From visualist to VJ, many terms have failed to catch on. But perhaps “light artist” is the best way to describe this community – and the range of tools, digital and optical, at their disposal.

Stay tuned. Oh, and afterwards, CDM and I head to p a t c h: audio_visual_lab in Krakow, Poland for more of the international scene; we’ll be reporting on both.

What work inspires you? What trends? What questions do you have for this international scene? Relating to sound and image, current visual techniques, or urban intervention, I’d love to hear – and will respond in my presentation and writing – so do feel free to comment.

Russia
1930s Soviet optical synthesis animation looks positively futuristic after 4K restoration
UK
Happy Jamuary – kick it off with this compact duo of MeeBlip and Zoom
inspiration
Take in an ultra-chilled live ambient set by Nairobi’s KMRU, and learn technique, too
Russia
LIRA-8 reimagines the LYRA-8 organismic drone synth in Pd, VST, AU free – donationware
We use cookies and other tracking technologies to improve your browsing experience on our site, show personalized content and targeted ads, analyze site traffic, and understand where our audience is coming from. By choosing I Accept, you consent to our use of cookies and other tracking technologies. Please read our Privacy Policy.