Surprise! In addition to the hit minilogue, KORG are unveiling a volca series that does FM synthesis. And KORG are even making a friendly nod to their Japanese rival with a DX7 color scheme.

I got to play with the new volca FM, and – well, there’s a lot of cool things I can already share about it. 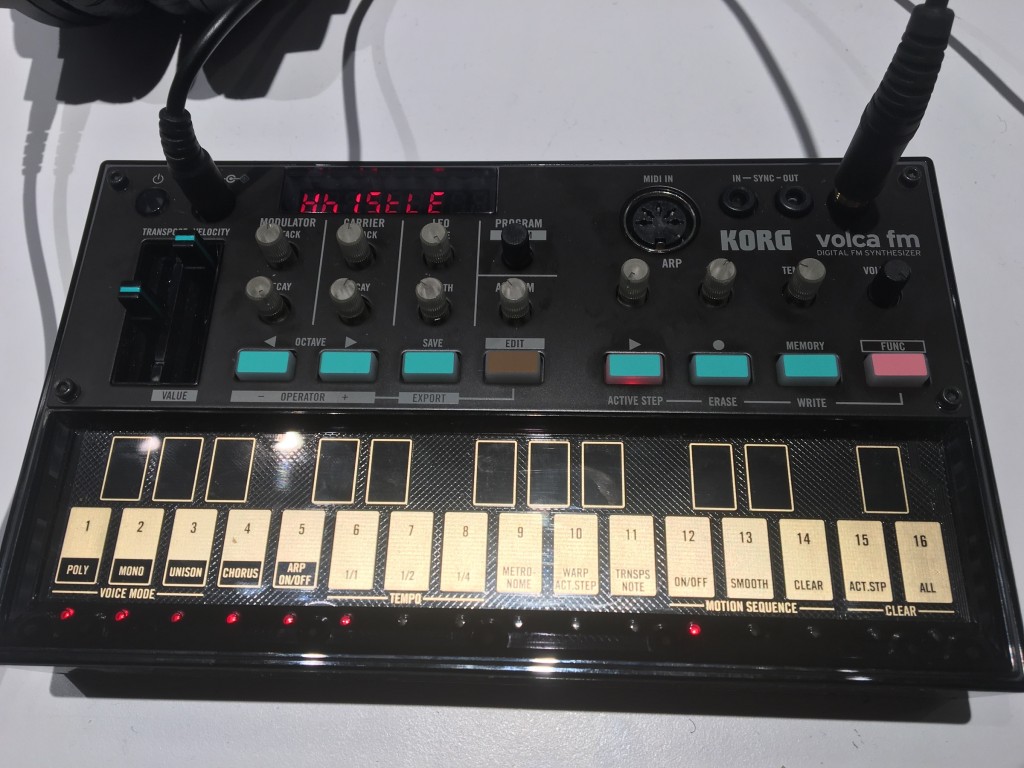 It’s a real 6-operator FM synth. 3 voices, 6 operators. It really is like a DX7 that fits in the palm of your hand.

It’s also a volca. So it’s got MIDI in, sync in and out, and the classic volca rectangular form factor and battery power.

It’s got a volca sequencer – and that got more powerful. Like the other volcas, there’s touch access to step sequencing and motion recording (for automation). But there are new features, too: WARP, ACTIVE STEP, and PATTERN CHAIN.

There’s chorus onboard, plus an LFO. That adds extra sound control features, so you aren’t restricted to just playing back presets.

Extra visual feedback is available on the display. Amazingly, a full alphabet gets crammed ono the 7-segment display. (Hey, this is a product from Japan, after all.)

There are tons of presets. The FM staples are all built in, but KORG also says you’ll be able to load in DX7 sound files via SysEx. 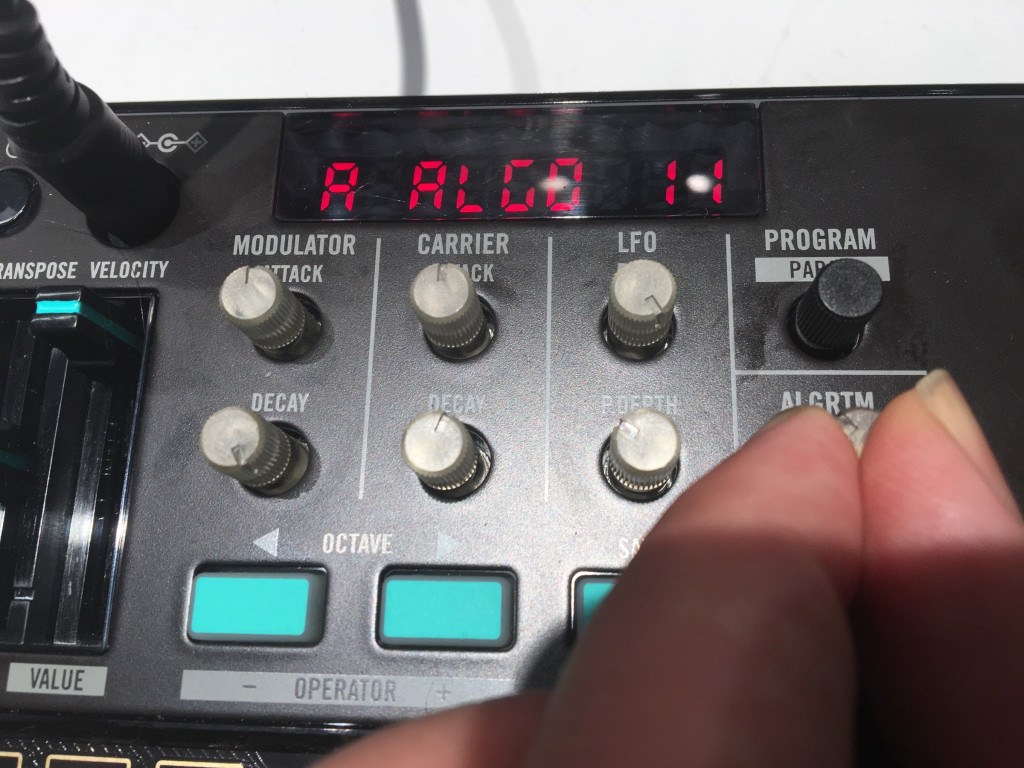 You can dive into programming settings. Yeah, okay, this is a surprise. If you want to get deep into actually programming FM presets, you can.

There’s a lot you can control hands-on live – combined with the step sequencer. Now, just having a little box that could dial up classic FM synth sounds would be fun, but let’s say we want more. I got to grill designer Tatsuya about how you might use this live. After all, it is a volca – messing around with knobs while you play and improvise is the whole joy. Here are some tips:

I’m already insanely addicted to the volca sample and have gotten a few tracks out of the volca keys. So I’m looking forward to this one, yes. It’s an unexpected gem of NAMM.

No word yet on availability (I’m not sure even KORG know); stay tuned. 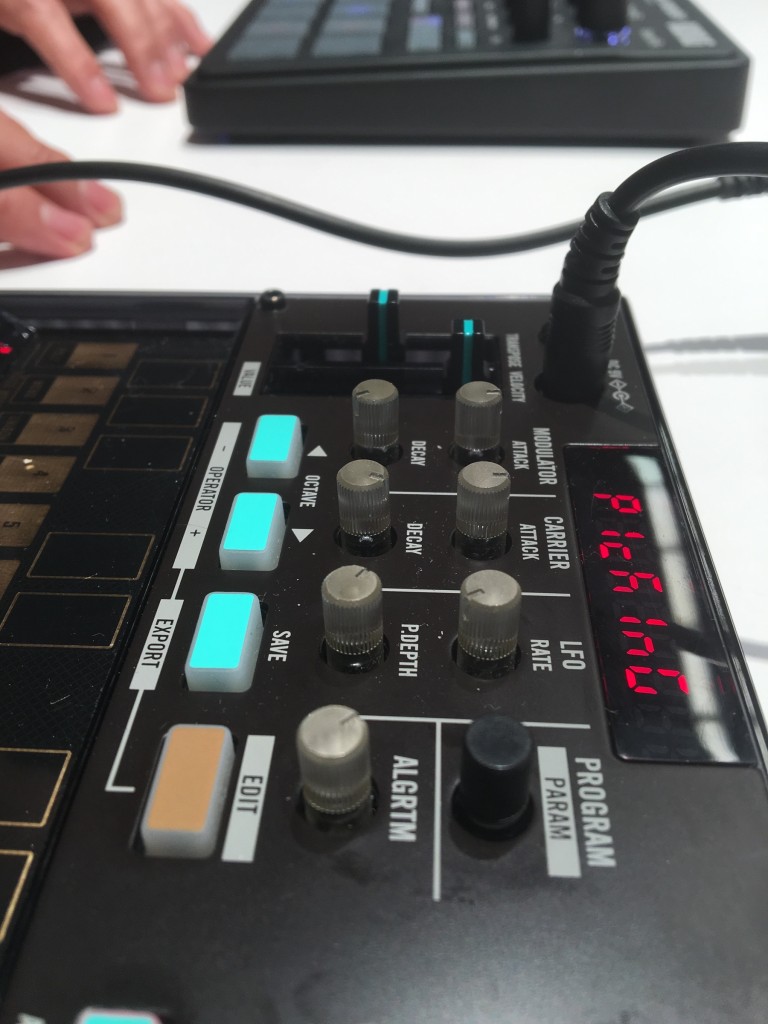 Teenage Engineering has an OP-Z prototype, and it’s awesome

Hardwaresynths
MOD Devices made a guitar synth you can actually play like a synth – so your guitar is the CV
Hardwaresynths
The Oberheim OB-X8 is a beast – here are more sounds from it, straight-up
HardwareYamaha
MIDI Polyphonic Expression has been updated with one powerful feature: better documentation
Hardware
Dreadbox’s new 200€ Dysmetria kit is an insane amount of analog groove fun