Priced at $59, inspired by vintage Nintendo Game & Watch, and looking like calculators, the Teenage Engineering Pocket Operator line was a runaway hit. So, just adding three more of them seems a no-brainer.

Then again, with drum machines, bass synth, and lead synth covered, the next three might easily have been an anticlimax. Good news for Teenage Engineering fans: they aren’t. The Stockholm designers have managed three retro-tinted follow-ups that might easily make as big a splash the originals. 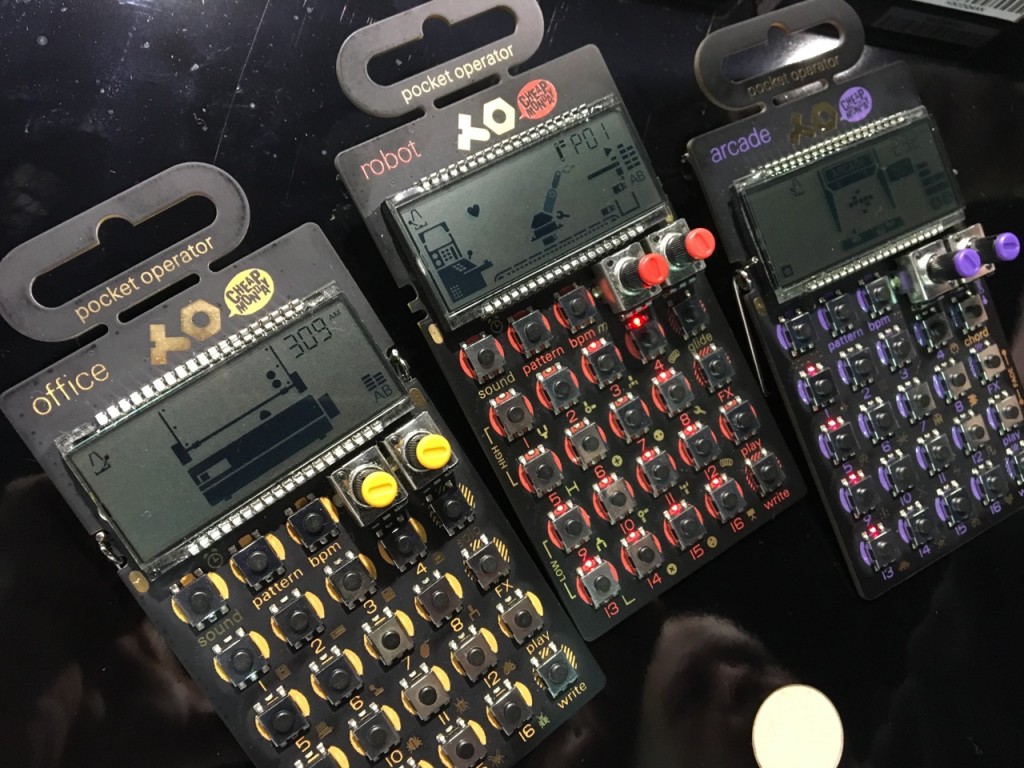 The trick here was, the character of the new models – PO-20, PO-24, and PO-28 – manages to go a different direction than the original PO-12, PO-14, and PO-16. The funny thing about the original trio was that the little toys made a really big, surprisingly clean sound. This year’s line are big but tilt vintage.

All of the Pocket Operators feature a lot of mobile power. There are parameter locks for advanced sequencing, LCD displays with animations, a built in clock and alarm clock (because Nintendo), absurd long battery life on a couple of AAAs, built-in speakers so you can hear what’s happening without headphones handy, and the ability to chain the units together for sync.

The big 2016 feature is a new step multiplier, which saves some tedium in programming patterns. 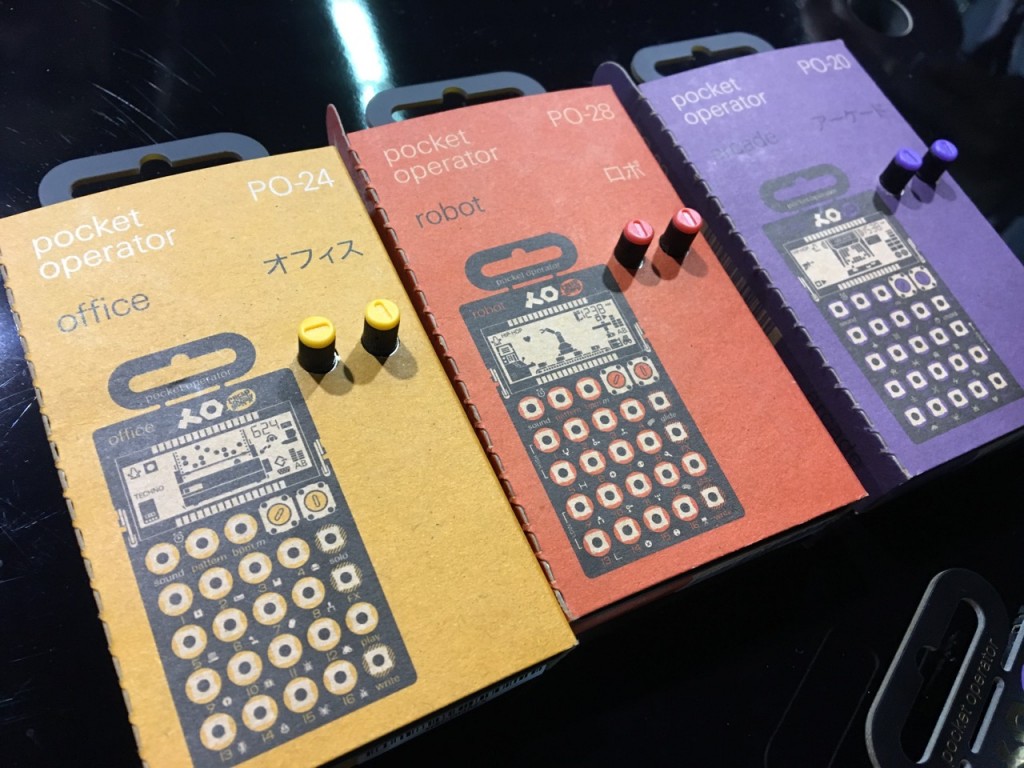 The standout for me in brief usage was the PO-20 arcade. While Roland tied itself in knots trying to describe its new Roland A-01 8-bit virtual analog synth, Teenage Engineering cut right to the chase. This is an “arcade” model meant for chip music. And it’s instantly insanely fun. The key here is, the compact step sequencing and parameter lock features from the original Pocket Operators apply easily to the tightly-sequenced sonic acrobatics of vintage game music. I couldn’t turn this thing on without smiling. (And that’s nothing against the A-01, which is very cool and which I’ll cover soon – but you have to hand it to Teenage for making their sales pitch so much simpler, for a tiny gadget that costs about as much as a carry bag for the A-01.)

The other models are appealing, too. The “Office” is initially a little confusing – with cutesy pics of office equipment, it first recalls those online videos of sequenced office gear making rhythm. But the sound sources here are in fact a combination of samples and virtual synthesis. They’re noisy as heck, in a delicious and intentional way, so if you found the previous drum machine offering too vanilla, this is rougher and more original. 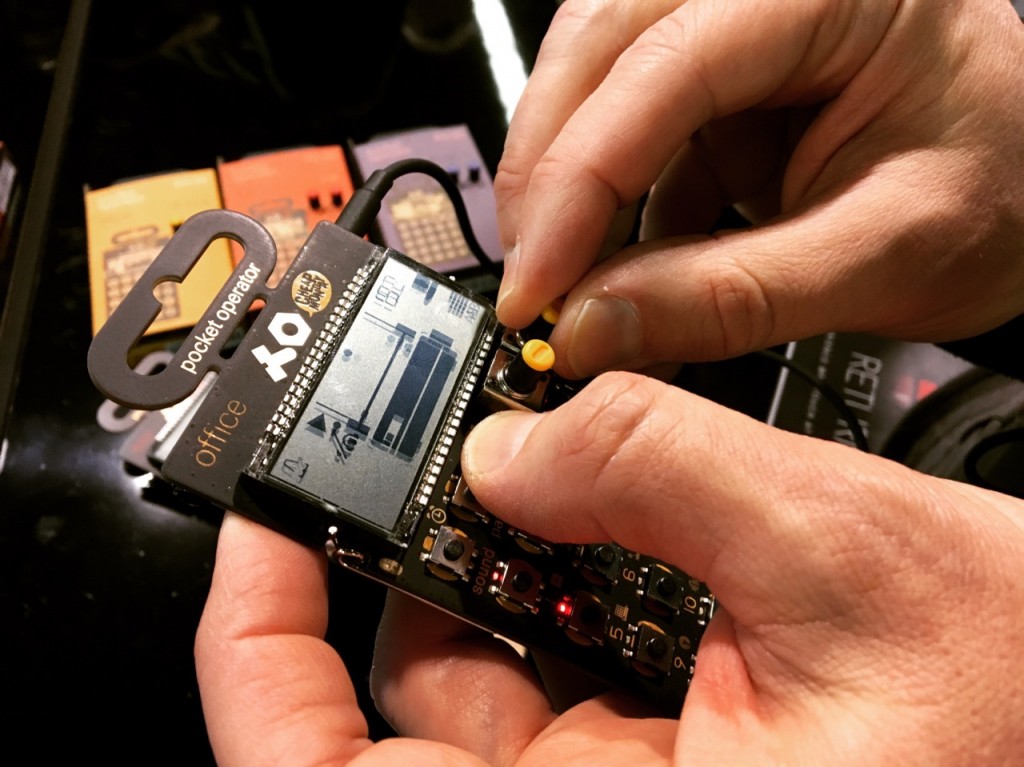 The “Robot” is perhaps the most versatile (even if the “Arcade” is the most fun). It’s both an 8-bit virtual analog synth and a micro drum, and you can chain up to 128 patterns. That combined with the step multiplier makes this a powerful single instrument for live use, even without any other Pocket Operators to go along with it.

Of course, my favorite way of exploring these by far is with the incomparable Cuckoo. Watch his video:

All in all, you get the same “I want to collect the all” feeling the originals gave. It’s insanely genius stuff. I just hope those carry cases stay in stock this time, as it makes a lot more sense than carrying around bare boards (even if that has some charm).

There’s lots more to explore. These things have so many hidden features, we could practically do a series on them. And it’s definitely time to pay Stockholm a visit again.

Watch LA crew TeamSupreme prove the power of a collective

This box is the best new busking technology of 2016