SoundCloud has become a popular punching bag for the music press. The formula runs something like this: choose a screaming headline predicting the company’s doom, run some out-of-context business numbers and some negative quotes by an unnamed source, then (presumably) rake in clicks.

How bad is it? Well, bad enough that FACT chose to run two articles on the same day. (One was in linkbait listicle form, for bonus points!)

It seems there are three big factors in creating this climate. One, SoundCloud is popular – really popular. For producers and DJs, the site runs near total ubiquity in the same way YouTube does for video. Indeed, whatever high–profile departures from the site you may have seen or impassioned calls to go to competitors, the site has continued to grow. I’m still hard-pressed to find DJs sharing a MixCloud link, let alone something on a more obscure site. Some people love sites like Bandcamp, sure – and they post their Bandcamp releases on SoundCloud to promote them.

Two, user experience has sometimes suffered when the machinery of licensing has failed. No one is going to be happy if they get a takedown notice, least of all in cases where there’s a false positive. This is hardly news – if anything, it seems the situation has improved – but until there’s a solid licensing structure in place, it’s likely to leave users uneasy.

Three, and perhaps most importantly, there’s a vacuum of information about SoundCloud. The company made headlines recently because some 2014 financial numbers were available. But these didn’t present a complete picture, and they’re (obviously) over a full year out of date. The company won’t comment on licensing deals with labels, of course, but they’re also silent on even seemingly basic information like how many producers pay for Pro accounts. Into that empty space, then, it’s easy to pour speculation and hearsay, or to simply make stuff up.

I don’t think SoundCloud is, or should be, the tool for every job. But it remains the most important streaming service on which producers can share music for others to discover. So it’s important to get accurate information – even if that means less than a complete image. Here’s the latest. 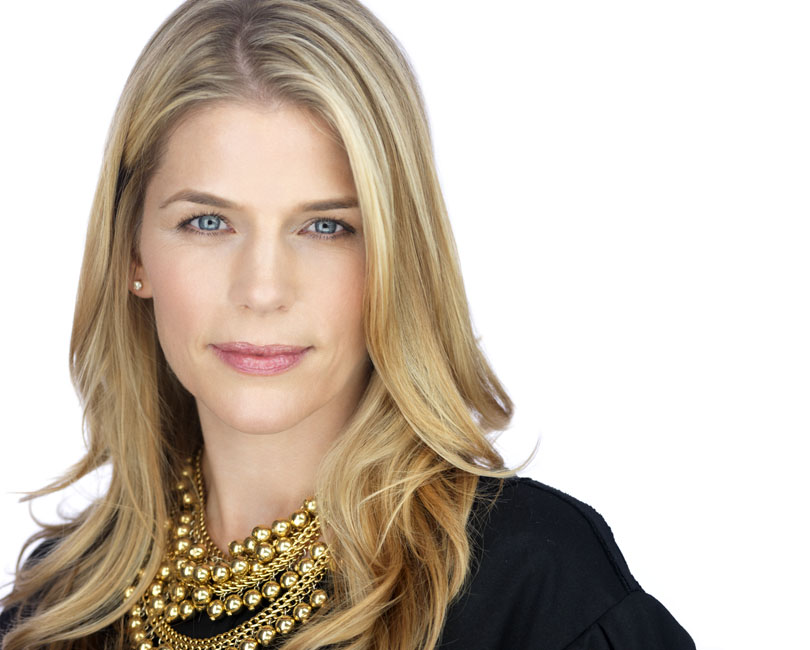 SoundCloud has a new Revenue Officer

It says something about the Internet age that a business several years into being would add an executive job position for overseeing actually making money – but that’s the world we live in.

That said, there’s reason to take the Chief Revenue Officer hire at SoundCloud seriously. Alison Moore who fills the position in SoundCloud’s New York office has a huge resume. (Anyone complaining about SoundCloud spending lots of money on salary, this is the kind of highly-qualified person they’re then able to afford.)

Alison Moore seems like the sort of person SoundCloud would dream of having. Her early experience was SVP of Digital Products for HBO, where she handled everything from consumer experience to audience development for the hugely successful HBO GO. And she oversaw the now-defunct DailyCandy, the women’s lifestyle brand (meaning she has some credibility in working on the Internet’s guy bias). What likely got her the SoundCloud gig was overseeing (as GM and SVP) TV Everywhere, NBC Universal’s streaming product.

And if you think working out streaming revenue in music is a nightmare, try TV, with its tangled morass of cable operator interests and entrenched and lucrative broadcast advertising and complex rights ownership. NBC has had some success with TV Everywhere – it’s arguably been (along with HBO GO) a trailblazer and model for the rest of the TV industry. If anyone ought to be able to work out how to make SoundCloud make money, it’s this person.

For its part, SoundCloud in their statement about Moore claims that “the company expands at a rapid pace.” And they make clear where all of this “revenue” is coming from: “capitalizing on its massive user scale to drive revenue growth via consumer subscriptions and a diversified advertising product offering.”

Last week, I had the pleasure to meet SoundCloud’s new design chief, Prarthana Johnson, at an event called Musiktrends auf der Spree (it was on a boat, enjoying the … uh … March weather in Berlin). Johnson has also recently joined the company (hired late last year), and I understand she’s reporting to Moore. Johnson also has an impressive resume, managing user experience for Microsoft (on Skype) and rising to Skype’s Principal Design Manager.

Focusing on revenue at every level of the product seems to be high on the agenda, and this year looks like whatever SoundCloud has been promising finally gets rolled out.

So what does that mean for the site? 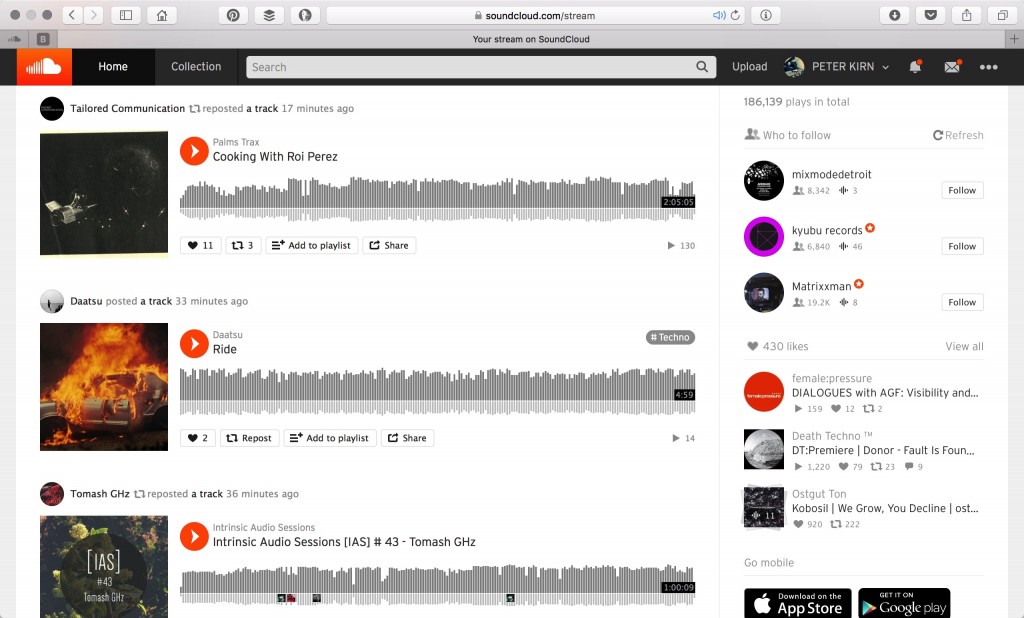 SoundCloud’s base of creators – that’s you – are one reason it isn’t going anywhere. But now it needs to finally get its business model in order.

The business of being SoundCloud

The company has been saying that for some time; what’s changed is that later 2016 appears to be the timeline. Moore’s hiring certainly points to that, though the company didn’t make any mention of when something would happen in their statement.

Digital Music News has sources that point to October. (In January, DMN’s sources predicted July.) Fall sounds about right to me.

But from there on out, I’m not sure DMN is getting things right. They call the rollout a “transformation,” implying that the future of the company depends on users paying for content.

Now, that could be ads launched on a subscription-only service. But weirdly, DMN also implies that NBC’s TV Everywhere and HBO GO represent NBC and HBO “struggling companies have been struggling to bring their massive, mainstay content businesses into the digital era, with mixed results getting users to pay.” In fact, NBC’s TV Everywhere launched without any additional subscription fee – ad-supported – meaning this statement is a non sequitur. (HBO GO, now HBO Now, for its part may not have struggled because users don’t want to pay, but rather because HBO viewers are often already paying for cable and haven’t cut the cord, or are busy paying for Netflix, or simply waiting for a new Game of Thrones season to start. Remember when I said TV isn’t the same as music?)

SoundCloud declined CDM’s request to add additional comment for this story on their specific revenue plans. But we can look at past statements. CTO Eric Wahlforss talked in no uncertain terms when I hosted a panel with him at Berlin’s Tech Open Air about balancing both ad-based and subscription-based models.

Also missing from DMN’s gossip stories, SoundCloud is unique in that unlike a service like Spotify or Apple Music, its producer/DJ members do already often pay for the service. (I do, and maybe you do. SoundCloud once comped my subscription early on; I now pay out of pocket because its invaluable.) SoundCloud won’t comment on the number of paid subscribers, unfortunately, saying through a spokesperson only that “there are over 18 million creators using the platform, sharing well over 110 million tracks, and reaching 175 million monthly active listeners.”

There’s reason to think an ad model might work. While Spotify’s ad efforts have arguably stumbled, Beatport’s new streaming offering has already attracted advertising, at least in the US. That suggests more focused offerings might be just the thing to attract ads. And speaking in the highly biased capacity as editor of CDM, I believe a savvy, producer-centered market is more valuable to advertisers than generic listeners alone.

What’s the hold-up? Likely, it’s the challenge of balancing two tasks at once. SoundCloud must both restructure the site and business in order to allow for ads and subscriptions, and get the licensing deals in place to facilitate that. It’s a chicken-and-egg sort of situation, except you don’t have the luxury of anything other than both simultaneously.

SoundCloud did share a statement about their progress with CDM, though:

Over the past year, we’ve continued to bring partners from the music industry onto SoundCloud. We’ve signed deals with PRS and UMG/UMPG, to add to the nearly 200 deals we’ve already signed, including those with Warner Music, Merlin and NMPA, as well as MCNs and independent creators. We’re focussing on enabling creators to get paid for their creativity, and on building a financially sustainable platform that our community can enjoy for years to come.

About that whole cash thing

Lastly, let’s deal with this idea that SoundCloud is about to close shop because they’re out of cash. Guess who – DMN – was trumpeting this story way back in July. (I have no idea why there’s a guy dancing in front of a fire in the picture.)

Then, in February, news outlets like FACT seized on a filing of 2014 accounts, which report US$44 million in losses.

Basically, SoundCloud requires investment to keep operating – it’s growing fast, and revenue is delayed. This would be cause for alarm, except that SoundCloud’s massive user success has meant it keeps attracting that needed capital. In a statement provided to CDM, SoundCloud notes it has both incremental capital and credit at its disposal:

SoundCloud filed its 2014 accounts with Companies House in February 2016. Beyond the full-year financials for 2014, which reflect those of a company in a strong growth stage, they show that, in 2015, we secured $77m of incremental capital, some of which came from our existing investors, demonstrating their belief in the future of the company, and the rest of which is a flexible credit line from Tennenbaum Capital Partners, an attractive option for companies like SoundCloud, who have a solid credit rating and are on a clear path to global success.

Anyway, you can’t report about the uncertainty of running out of 2015 cash based on 2014 numbers … in 2016. It’s clear that what remains is for SoundCloud’s ad- and subscriber-based model to roll out, and that it has to be successful.

Why this could benefit SoundCloud users

There’s been a sort of populist thread through discussions I’ve seen that assumes that the more successful SoundCloud is as a business, the less useful it is to its members.

I rather think that the past years have proved exactly the opposite. The whole utility of SoundCloud to someone like me (or you, probably) is to have music and sounds reach a wide audience. It’s been massive investment that makes that possible, from plumbing like a massively scalable infrastructure to the money spent on UX and design and audience development that racks up listens.

And when SoundCloud fails as a business, we suffer. The whole point of the agony of getting takedown notices, of not being able to post DJ mixes, of having false positives identify our music as infringement – this is what happens when a site doesn’t have licensing deals in place. Not to mention, if SoundCloud fails as a business and becomes a significantly different company in an acquisition (or even shuts down), it fails everyone who found utility on the service. Look at social media: I think musicians actually still struggle because Facebook doesn’t make music players prominent in the way MySpace did.

That’s not to say SoundCloud doesn’t deserve competition. A monoculture is not necessarily healthy, either, so I think any conversation about freeing ourselves from reliance on one service is a good thing. At the same time, for a lot of us the ideal involves both a healthy SoundCloud and healthy alternatives.

2020 is a crazy complicated beat machine app from Japan