You have to love German. In English, I can string together whole paragraphs that try and fail to capture the potential of electronic sound. In German, we get to call an event Technosphärenklänge – a word whose utterance is a timbral adventure in itself. And in an event with that name promising to be a landmark for the electronic music sphere, CTM Festival is bringing together pioneering machines and pioneering humans. It’s a convergence of the worlds of mathematics and music that has never happened in this combination on one stage before – and we’ll take you there.

For one, there’s John Chowning. Chowning’s name will always appear first in sentences involving “the inventor of FM (frequency modulation) synthesis.” But while the impact of that can’t be overstated, he’s also a pioneer in finding mathematical beauty in composition and in equally significant contributions to sound spatialization. Moreover, like his late colleague Max Mathews, John’s teaching reaches beyond even his own discoveries – so much about electronic music achievement can be connected to his students and his students’ students.

So it’s fitting that Holly Herndon will do an interview with John, as she has studied with him.

FM synthesis you know, but in celebration of John’s work, let’s share still more. There’s his gorgeous milestone 1977 composition Stria, which holds up today as computer music, and is built in mystical mathematic beauty around the Golden Mean.

Here, via AES, he talks about his role in the origins of FM.

Here’s John in action in some wonderful historical moments: 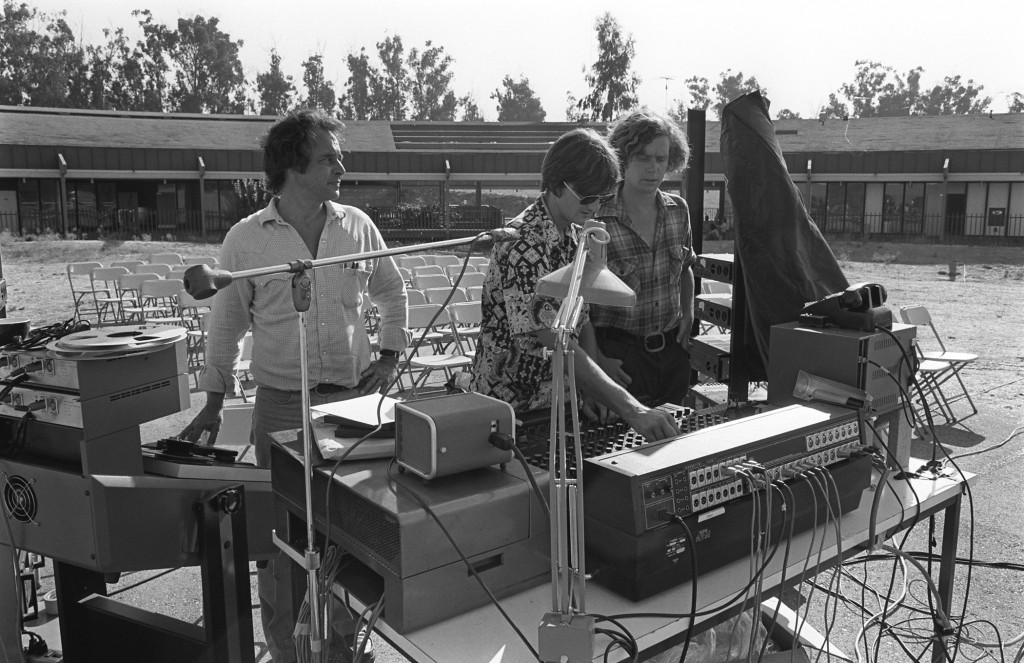 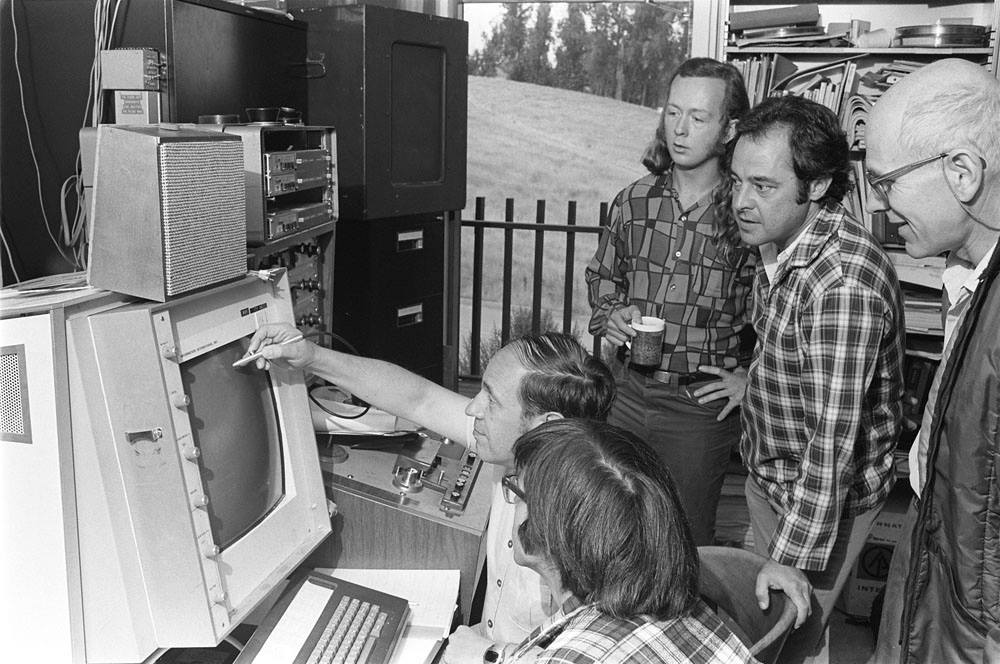 Pairing John with Holly is already a meeting of minds that should be fun to witness, but we also get a world-premiere musical collaboration that unites Chowning’s musical imagination with Mark Fell. 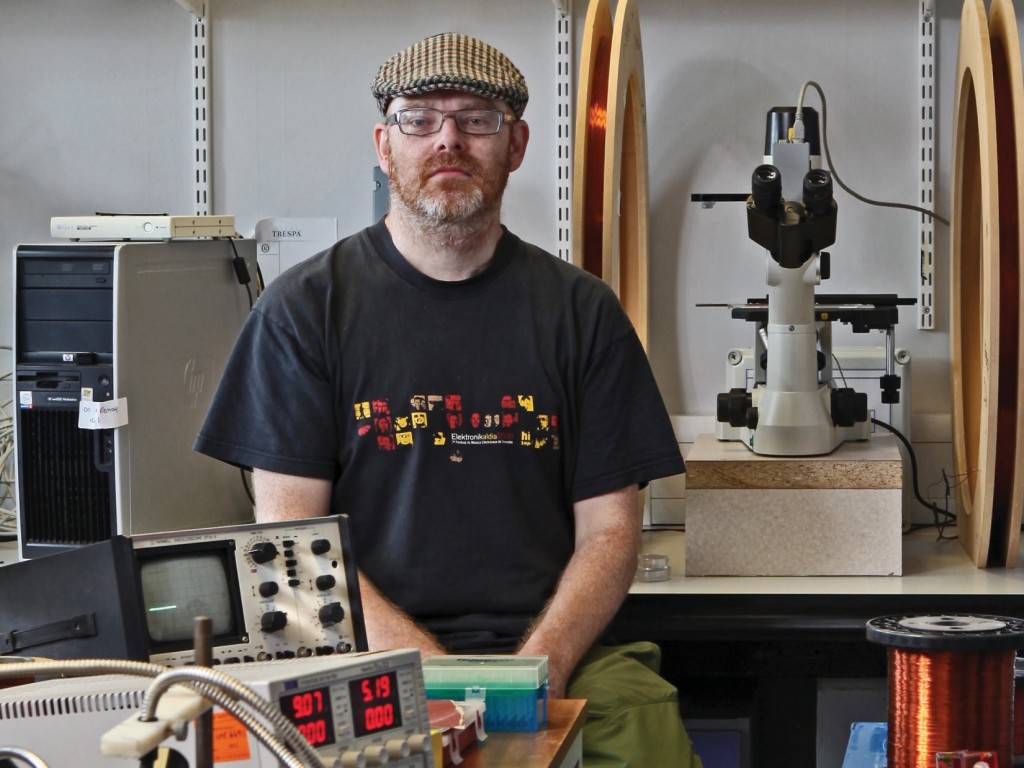 If Chowning represents the mathematics of music in digital form, a creation of none other than Leon Theremin makes it physical-mechanical. The Rhythmicon could be seen as the prototypical drum machine. The 1932 invention, in a 60s-built rendition made by Theremin himself, will debut in Berlin via Moscow-based researcher Andrey Smirnov.

Watch it in action: 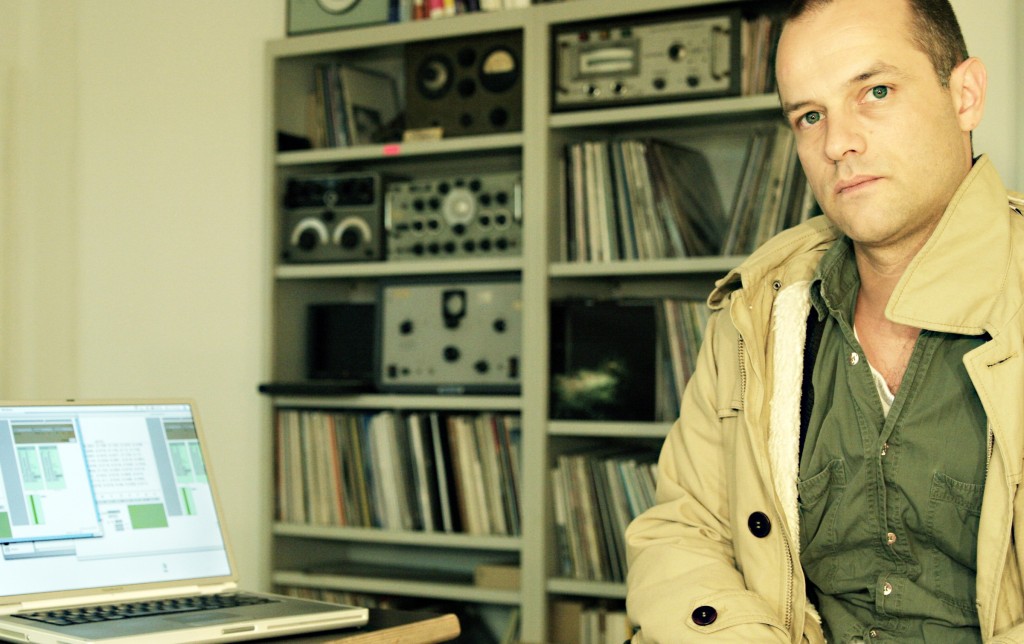 We hope to share content from the whole program. I’ll also be talking personally to German composer Marcus Schmickler. His numbers tickle the brain directly. Building on the work of Jean-Claude Risset, his Fortuna Ribbons project plays with sonic perception. If the Shepard Tone is the sonic barber pole of sound, sine waves superimposed in a fashion that seems to make them constantly ascend or descend, the Shepard–Risset glissando is an M.C. Escher staircase – continuous sonic aural illusion.

The best way to appreciate Schmickler’s work may be simply to watch how people respond when they hear it (keep watching, as the reactions start to get more interesting):

You can also try putting on this record at your next party:

Let us know if you’ve got a question you’d like me to ask him, especially if you’re a Schmickler fan.

Stay tuned to CDM for more with the artists and the results of the talks.

But if you are in Berlin this month, you can come visit us in person. Marcus Schmickler joins Carsten Goertz, Mark Fell and John Chowning perform, Andrey Smirnov performs, and gamut inc (whom we joined at CTM Festival in February) are back. Then Holly and I take on the talks the following day.

The Technosphärenklänge (Sounds of the Technosphere) concert series aims to explore current practices in sound and music as an element and expression of the technosphere – the quasi autonomous entity that is the sum of operational and technical processes and infrastructures around the globe, and whose conflicted interaction with natural planetary processes characterises the Earth’s current geological time, dubbed the Anthropocene. Developed in close collaboration between HKW and CTM Festival, the series is scheduled to take place at irregular intervals until 2018.

Here’s all the coolest new gear from Messe and Superbooth, in one place