We live in worlds of displacement. Some of those new geographies are chosen, are freeing. This is the age of cheap airfares, of migratory artists crossing oceans, of global communication and spontaneous international collaborations. Then, there’s the inescapable darker side: forced migration, refugees. There are flights of fancy, flights of exile. And as through the history of music, musical practice traces those human movements.

Karachi, Pakistan has served as a stage for very different kinds of displacement and resulting creative expression. Some of those were explored recently, which I glimpsed in a festival held by Berlin’s Hebbel am Ufer (HAU) dubbed From Inside to Way Out: Perspectives from Contemporary Pakistan.

Each was, in its own way, a meditation on the creative potential inside those displacements.

I’ll start with the musical activity. And this is significant, because the future of techno and DIY music is borderless.

German artist Andi and Hannes (Gebrüder) Teichmann’s NOLAND label takes that challenge to the sort of heights you might get from a reality TV show context, with colliding international collaborations. Those can be impromptu, packed into short timescales, and even awkward – though awkward in a way that suggests growth.

Following a string of similar projects, the Karachi Files is a by-the-seat-of-the-pants superband set in the Pakistani namesake city. The debut record features:

The recorded results are beautiful. Live, the stage was full of laptops – a little like someone decided to do a festival’s worth of sound checks all at the same time. And if that sounds like it might produce chaotic results, sometimes it did. Sometimes the project was more cacophony than collage, or at least runaway jam session. But it also produced moments of transcendence as beautiful pairings would emerge out of the goo – a delicate vocal crossing paths with an animated groove here, a rich electronic textural intersection there. So, this isn’t a criticism: we were listening to something in process, which to me was the point. And the recorded results, ordered into some compositional sense, tend mainly to that emergent hybrid.

I think this is probably just one scenario for trans-border musical invention, and I’m certain it shouldn’t be the only one. But it’s a valuable start. Maybe it’s the ice breaker that comes first.

And it suggests a challenge to all of us: think up new ways to facilitate collaboration, then practice and improve. It may be we now spend as much energy building collaborative chops as we do our musical ones. (Have I created collaborative scenarios or participated in improvisations that had rough edges? Oh, heck yes – that’s part of the fun, discovering those edges and seeing where they lead you next.)

There’s also an institutional dimension: the entire project was made possible by the Goethe-Institut and HKF (Hauptstadt Kultur Fonds). So if you tire of hearing about Germany and Berlin, be aware there’s a reason for that – Germany is making itself a cultural ambassador. 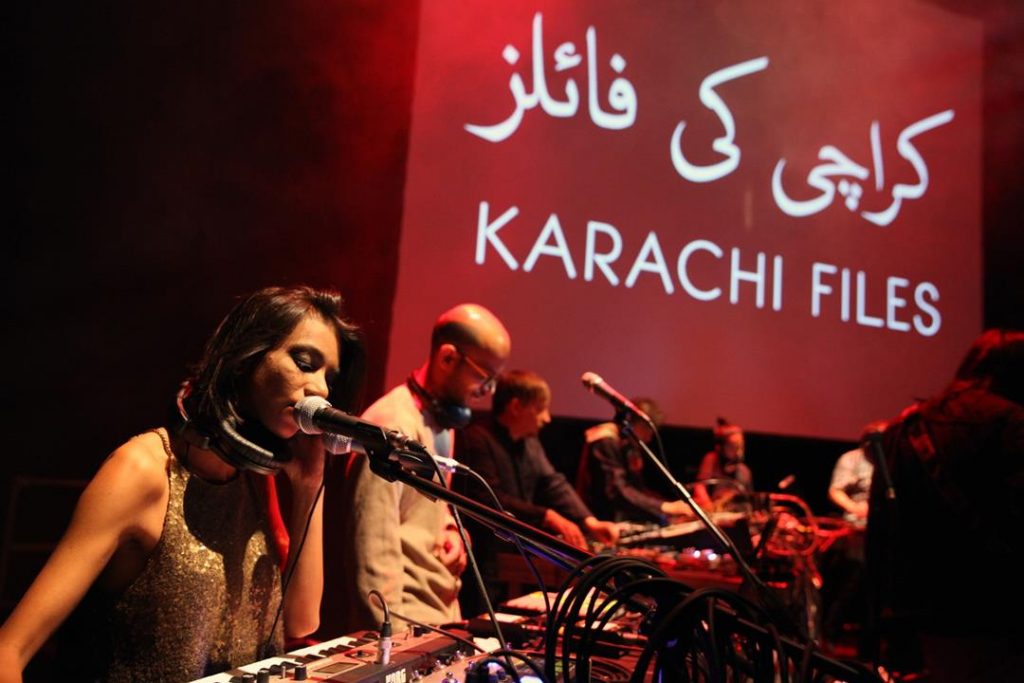 In the meantime, whatever the context, I really do love the music. And it makes me hear some of the solo artists, whose work I knew before this, in a new light.

The release comes out at the end of this week:

And you can learn more about the process of how it was made into those gorgeous results (from a new outlet in Pakistan, no less):

It is meaningful that this particular project was recorded in Karachi in May of 2015, as it was also a moment of tragedy for the city, a reminder of the fragility of our changes to work creatively.

The first thing I find talking to Pakistani people is that they immediately want to steer your mind away from its first associations – from conflict and crime, those reflexive fears driven by news headlines and imagined exoticism.

Of course, the fact that you’re reading these words suggest you, like me, almost certainly enjoy some privileges of safety denied to someone else. That someone might be on the other side of the world, or they might be just around the corner. What I find most moving about Sabeen Mahmud, the Pakistani activist and social organizer, was that she fearlessly created new spaces to allow creative possibilities, open exchange, and collaboration. In her case, this story throws issues of safety and freedom into sharp relief: in case you don’t already know, Sabeen Mahmud was assassinated last year. This to me is something I personally can’t wrap my head around: Sabeen did in many ways the kind of organizing I do, led the sort of life I live, and yet did it in a context I can’t comprehend and paid with her life at little more than my own present age. I can’t really fathom the world in which that takes place. But I can’t hear that story and not want to be humbler, to do more, and I expect that’s the reason her story spreads.

If that was not enough to bring the spirit of Sabeen Mahmud to life in the room with us, her friend and colleague talked about his wish to bring her to Berlin, the last conversation they ever had together, about learning the news of her loss on a flight here.

But her work is alive. The space she founded, called simply The Second Floor (and the project of an NGO she founded called PeaceNiche), is still very active. If you happen to be in Karachi this week, you can catch an improv theater Friday, or take a tabla class Saturday. On Sunday, Muslim comics are roasting Donald Trump.

From my own limited work on human rights activism, I know that very often, perversely, it’s this kind of activity that can get you in the most trouble with the forces of darkness – the people staging arts events, the people planting trees, the pacifists, somehow most attract forms of repression. But that suggests maybe even more convincingly that it’s tiny gestures of political action that matter most.

You can learn more here:

I think it’s impossible not to walk away from these events without a sense of urgency.

For more dining on ashes, the festival at HAU brought a narrative soundwalk developed by two artists who met in Karachi, Sonya Schönberger and Shahana Rajani. They brought the two cities of Berlin and Karachi together through the ghosts of their own mass tragic displacements – the aftermaths of World War II and the partitioning of Pakistan from India. Those stories, played into our ears as we walked on a warm May day (walks were held simultaneously in Germany and Pakistan), came from those who lived through the history.

I would always dream of my house – Stories of Displacement

In Berlin, we wandered the ruins of the former Anhalter Bahnhof, a train station bombed out in the war (like Görlitzer Bahnhof, now a park that borders my own flat). Those stories were then set against a sports field named for a world record-setting German athlete murdered by the Third Reich, and the facade and abandoned train platforms that remain from the station.

Maybe it was those reminders, though, that were hopeful – a study in contrast. I saw the sticker “I would always dream of my house” on a club wall. Recognizing a reference to the Holocaust amidst a dance floor playing cheery house music is a peculiar juxtaposition to say the least, if not an unfamiliar one in Berlin. The same club, in turn lies nearly in the shadow of a former guard tower from the wall.

In that very spot, the former “death strip” is now a park – there’s literally a skate park in a grassy clearly. This isn’t distant past, or remote exotic locale. It’s recent – the stuff of parents and uncles and grandparents. And it’s close – now as our circles become international, what happens in Karachi will soon seem something that happens in our own neighborhood.

So if we learn from Sabeen Mahmud, it means things that we do that may seem small or frivolous are in fact anything but – and that we have an imperative in everything, no matter how small, to be fearless. The only question is how we’ll share our worlds, and our music.

The title of the talk with Sabeen Mahmud was one that was apparently difficult to translate – the Pakistani members were a bit unhappy with “Dil Phaink” as “Throwing Your Heart Into the World.” Evidently the more idiomatic English was “wearing your heart on your sleeve” – the question being whether the action was voluntary. But therein lies the challenge: for artists, who often find their hearts exposed, whether we can learn to trust that vulnerability and follow it without fear.

Photos below from the soundwalk… 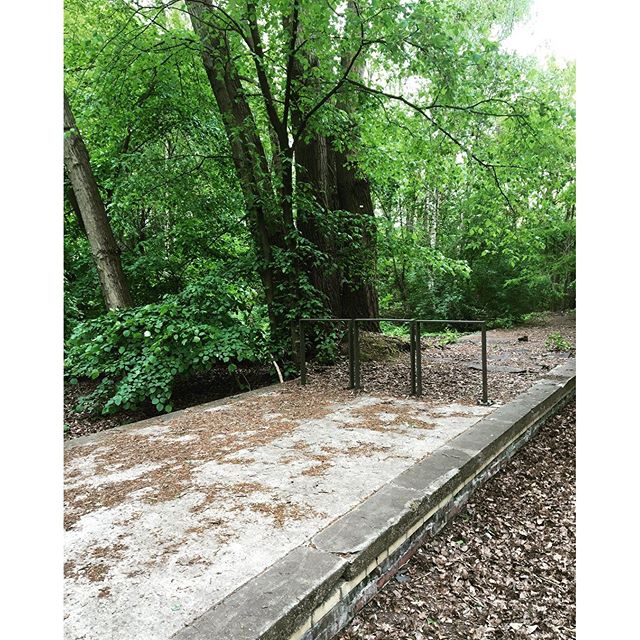 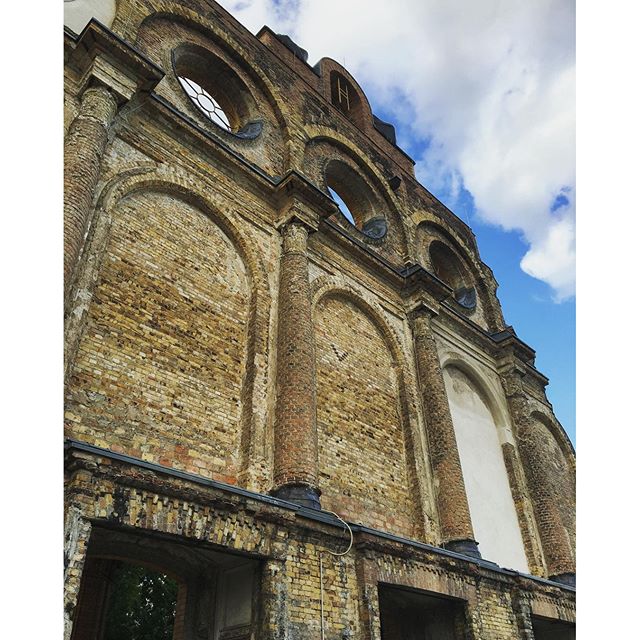 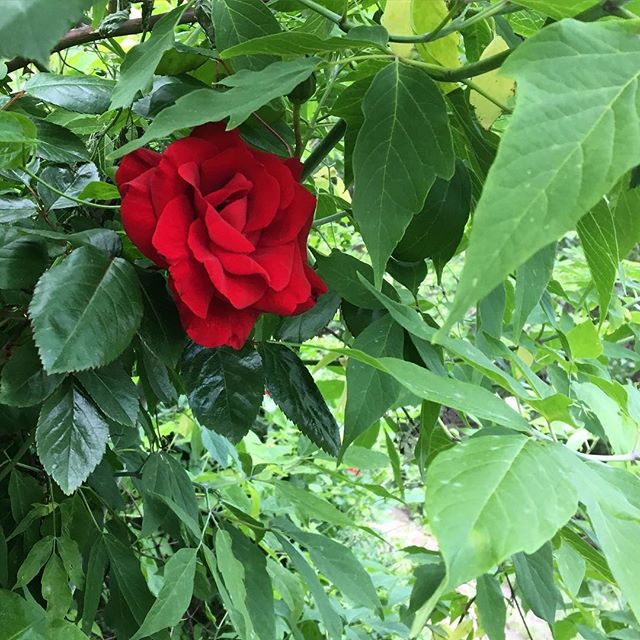 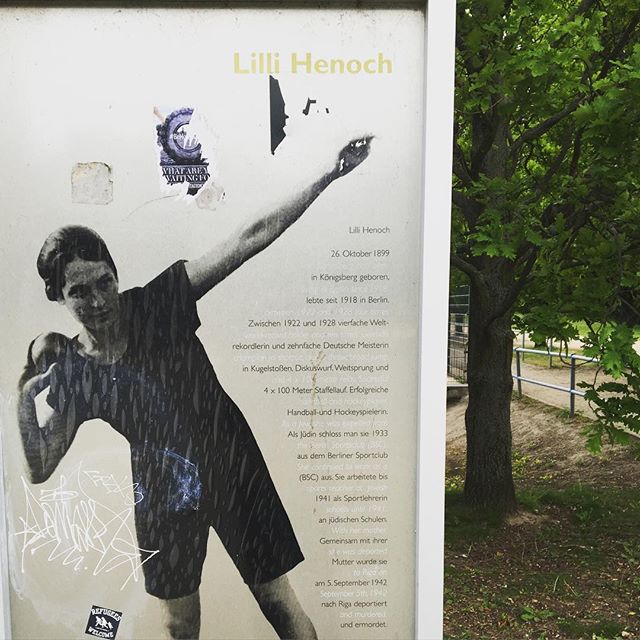 With the Minimoog reissue, there are now two Moogs