These headphones will adapt their sound to how you hear

For all the changes in visual appearance, all the extra features and connections, what hasn’t changed much in headphones is how headphones work. That makes Nura, a product launching this week on Kickstarter, all the more interesting. Not only does it introduce a unique design for how the headphones physically deliver sound to your ears, but it’s also a pair of headphones that listens to your ears — even before you start listening to music.

One of the most fundamental things to know about human hearing is that all ears are different. You can give yourself some sense of this by playing with the flappy bits of your ears right now. (Don’t worry – I’m sure people around you won’t find it at all odd.) Move around your ears and you’ll notice sound changes – both your sense of the color and spatial location of what you hear will seem to change. That’s because your physical ear, from exterior to deep in the inner ear, produces a series of attenuations in frequency that impact what you hear.

In the world of analog sound, that meant that sound listening devices had to be made as generically as possible. From the sound produced itself to the physical form of devices like headphones, then, “personal” listening is really just a rough, lowest-common denominator approximation.

But we’re no longer in the world of exclusively analog sound. Thanks to computational technology, it’s possible to make “smarter” listening devices – headphones that automatically calibrate to your particular ears. 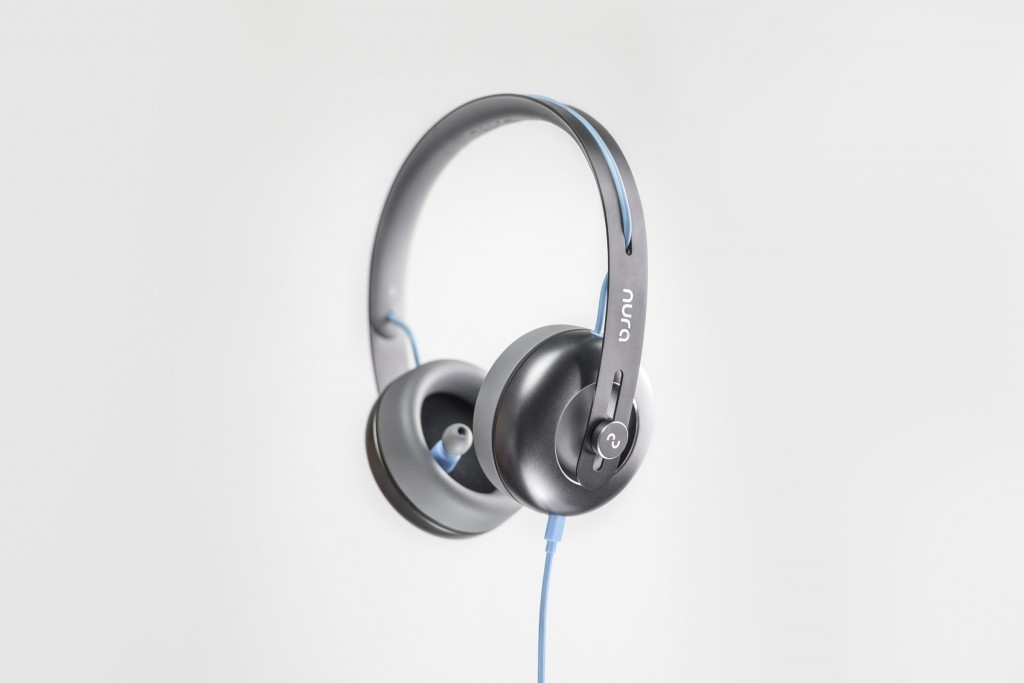 The Nura headphones do just that. Using an app on the smartphone to do the analysis, they automatically calibrate frequency range to your particular hearing. The headphones measure your hearing – on their own in conjunction with the app, with no intervention from you – in about half a minute.

This is possible because your inner ear, in addition to “listening” to sound, also actually emits very low-intensity sounds (explained in this medical article), both on its own and (essential here) in response to particular sounds as stimuli. What the Nura headphones are able to do is measure those emissions as a way of detecting the way your particular ear hears. That’s been used in medical applications before, but this is the first time the same technique was used to produce better headphones as a consumer product.

So, you plug these in, hear some sweeping tones for 30 seconds, and then your headphones “know” how to make your music sound better – really.

Nura Animation from Nura on Vimeo.

Once the half-minute sensing process is complete, your personal profile is then stored with the headphones for the most accurate sound reproduction in your listening. It’s even specific, as it must be, to each ear. If you share your pair of Nura headphones with someone else and don’t re-calibrate, in other words, you should realize something akin to trading prescription eyeglasses with someone else – you’ll recognize that they don’t hear/see the way you do.

There are some unique applications for this. First off, by default, Nura headphones should sound better than other headphones do. (That explains at least in part why pros do monitor on both cans and studio monitors, or why no one entirely agrees on their favorite headphones.)

I was curious how professional engineers responded, too. That will require a more extensive test and review, but so far the makers of Nura say musicians and engineers have responded positively, and that they’ll continue to collaborate with them as they refine the design – which can include both the software/analysis side as well as the cans themselves.

This also means data collection on hearing directly from your listening device. That could eventually I imagine have implications for hearing health, adjusting to changes in hearing over time, and other applications.

Oh, one weird and interesting possibility: you could actually download a profile for the person who engineered a record, and hear through their ears. 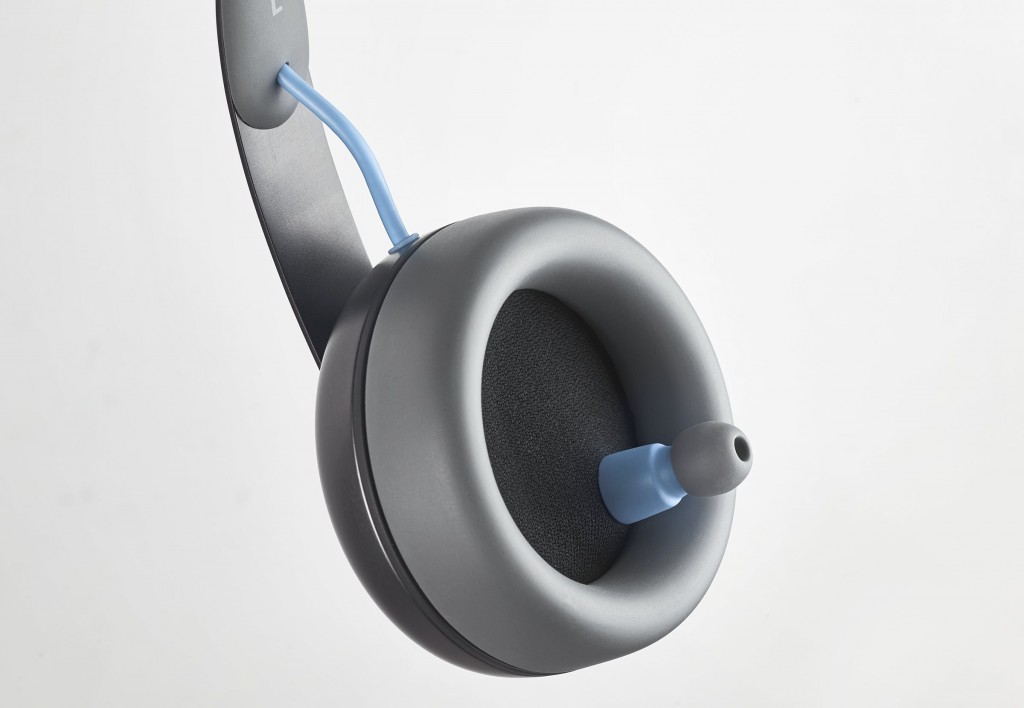 The self-calibration routine isn’t the only innovation of the Nura headphones. Physical design is also new. For the first time, the makers say (and the first time I’ve ever seen), the headphones use a dual driver design.

Basically, imagine that this is a combination of earbuds and over-ear headphones. There’s a driver that sticks into your ear for high and mid frequencies and the over-ear for lows. And that solves some familiar problems. In-ear and over-ear designs normally each have unique benefits, both in terms of the outside sounds they block and the sounds that you hear most clearly. Hear, you get both at once.

Since that also means more passive noise cancellation (like covering and plugging your ears at the same time), you should hear less outside noise, which means you can listen at lower volumes, which means less hearing damage from headphone listening.

There are some nice physical features, too, including gel-filled tips that the makers say conform to your ears. And they look fairly nice.

Connections are entirely digital – Lightning (for iOS) and USB (for Android and computers). There’s no analog connector; those digital connectors also provide the power necessary for the headphones to operate. I think a lot of us in the pro market would like an analog option (with some other power solution); I’ve asked about that.

I haven’t gotten to test these yet; that’ll happen here in Berlin next week when the team arrive with prototypes at Music Tech Fest – itself a compelling place to find out about new gear. I’m looking forward to that, though. Let us know if you’ve got questions for the makers or something you want me to evaluate in the process.

I do think this is the future. Nura covers frequency attenuation; it’s still for stereo signal. But you can bet that other sensing capabilities in headphones will also become a major selling feature, from health (sensors that work with the ear, like temperature or pulse) to spatialization (self-calibration becomes even more essential if you want to deliver realistic 360-degree sound to the ears).

Nura is the first to bring that kind of functionality to market in a music device. And that’s big news. So stay tuned for more.

The Kickstarter reached its $100,000 goal on the first day and continues to plow forward as users buy up early-bird specials on the headphones.

Disclosure: Create Digital Media is engaged in a consulting collaboration with Float PR, who have Nura as a client.

A video glimpse of Teenage Engineering’s OP-Z in action

One plug-in combines all the classic vocal effects you want