Faderfox puts 16 faders in a briefcase that controls anything

In the march to fancy dedicated controllers and standalone hardware, something was lost – what if you just want a whole bunch of faders (and maybe some encoders with them)? German boutique maker Faderfox (the clue is in the name) seems to understand our craving. And they even appreciate our fantasy to show up at a gig, superspy style, with a metal briefcase. Wish granted: the Faderfox UC44, 16 faders and eight push encoders in a box.

And first, let’s marvel that it’s truly universal. Hardware or software, music or video, the UC44 doesn’t care what you’re controlling. You just get a whole mess of controls with a whole bunch more parameter access via groups, and you can assign them to whatever you’ve got connected.

With 32 groups for the encoders, indeed, it’s possible to control up to 512 parameters… not that you’d want to do that, but impressive. You also get two groups for the faders and buttons.

Just how much control is on there? 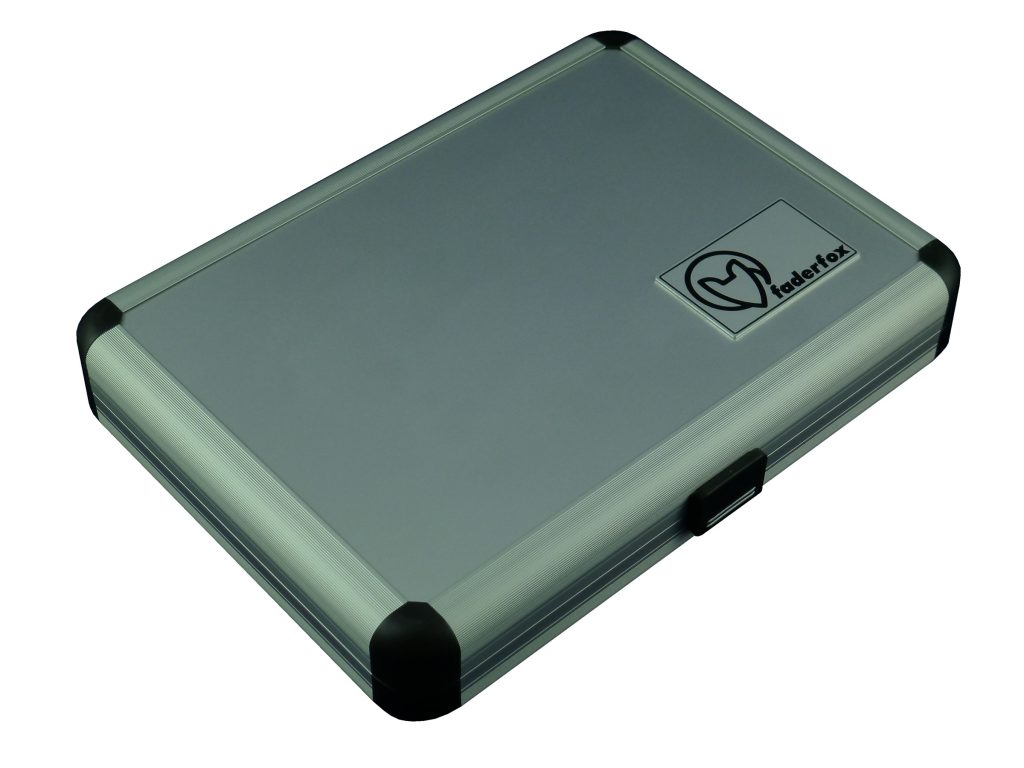 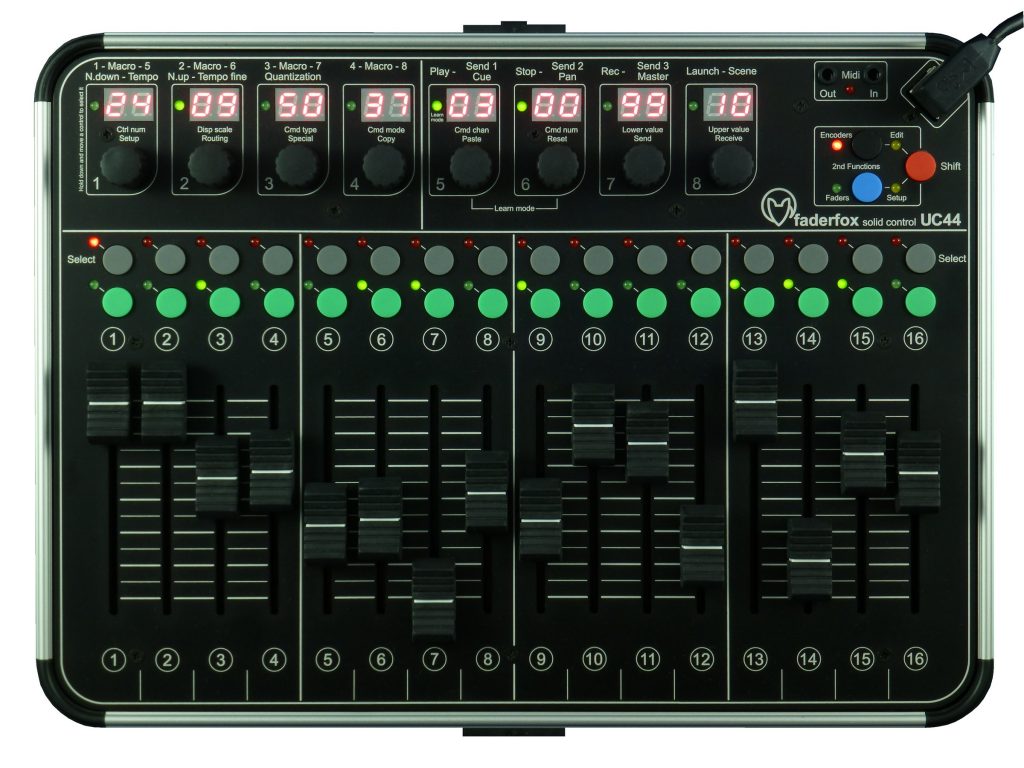 If you’re not keen on a bunch of custom programming, you get a script for Ableton Live 8 and 9.

But for custom setups, this goes deep. There are eight settings you can store onboard (in addition to the groups in each of those sets). And everything is programmable – channel, message type (CC, program change, aftertouch, pitch bend, even notes), mode, minimum and maximum ranges, the lot. You can also copy, paste, and group sets for easy programming. There’s SysEx backup and restore.

That said, I expect mostly you’ll just use the stock settings, as they’re easy to assign in most music and video software and the layout makes sense.

Either way, it’s easy to connect. It’s bus powered over USB, class compliant and driverless. And there are MIDI in and out ports (as minijack) including routing and merge functionality. All of this comes in a silver metal casing.

And even with all those controls, it’s eminently portable – 290x220x55 mm and just 1.6 kg. That puts this alongside the DJ sibling – the DJ44 – as something that’s got copious controls but doesn’t take up huge amounts of space onstage or in a booth. I can say, too, I see a lot of shows – and have played a lot of shows. That portability on the road and the ability to squeeze into small spaces I think is invaluable.

If there’s any likely criticism here, I’m sure it’s that those encoders aren’t grouped with the faders. So for some people this will pale in comparison to Livid’s excellent DS1, which is bigger but has more dedicated parameter control without switching, and a traditional mixer layout. I just watched a DS1-played set by Danish artist Ctrls, and that layout can make a lot of sense. This will come down mainly to whether you want those knobs or the 16 faders on the Faderfox.

I’m already a big fan of the UC series. I’m keen to try this one with the extra controls, case, and so on.

Get a gig of free sounds for Ableton Live from Puremagnetik

Get simple cheap mobile music making tips in these videos