A friend of mine joked recently that someone having “classically trained” in their bio probably mean they’d had three months of piano lessons once. I’m sure that’s true for some people, but the fact is, there’s a growing population that mixes experience in electronic music and the club. And Kate Simko is one of the people pushing that boundary – just as she exemplifies some of the best technique in production generally.

It’s a pairing that makes a lot of sense. Working with electronic music production is rooted in composition, even if you don’t have a compositional background. Working with machines and computers has a direct analog in working with a score, and many of the concepts embodied in their interfaces derive directly from the western classical tradition. The history of electronic music’s development, too, is intertwined with academic music institutions – partly because the gestation of music technology required a heck of a lot of time and a mix of expertise.

I’m biased, I come from a classical background myself – much, much, much longer than three months, but let’s not talk about that or we’ll have to have an awkward conversation about why my chops and sightreading aren’t better. I can also say, though, that the last generation or so of composers seemed more restless than any about categories. The people I’ve met haven’t want to be told tonal or atonal, radical or traditional, concert or club, preferring to mess them all up and tread over the line. 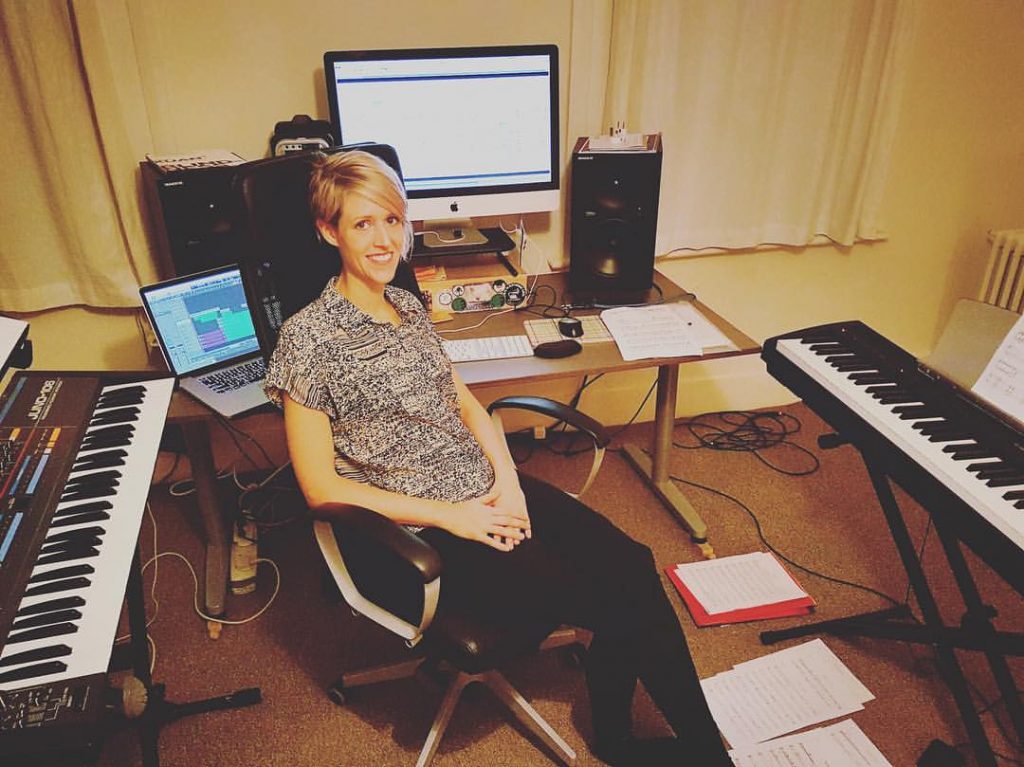 Kate Simko is doing an Instagram takeover on Resident Advisor while she gets ready for a major London concert debut with her ensemble. Photo courtesy the artist.

What’s special about Kate, against that background, is that she has constructed a career path that explicitly connects composition and club music, and has excelled at both. She’s worked extensively with orchestral instrumentation, mixing it with electronic sound. She’s studied composition for the screen. And that trajectory has taken her from Chicago (and clubs like Smartbar) to London and the renowned Royal College of Music.

And now she’s got a band. The London Electronic Orchestra comprises two violins, to cellos, harp, and double bass, plus Kate as electronic sound artist. Oddly while a lot of composers have written for mixed media, I think you don’t so often get a regular ensemble working this way. It seems it’s about time, because just as instrumentalists take time to play more closely together, adding an electronic musician should, too.

This is not news – THUMP did this documentary short over the summer and the release is from May – but that’s no excuse for missing it.

The setting’s great, too: London’s St. Pancras Station, itself an urban-classical mashup.

I think the other thing that’s particular here is, Kate has beyond bona fide DJ skills. So whereas you sometimes get electronic musicians dabbling with composition, or composers attempting club music, you rarely get someone who’s fully educated in both. (One interesting exception: Jeff Mills started as an orchestral percussionist before getting into techno, which explains a lot about his approach to adding 909s to symphonies.)

Now, Kate is off to London’s Royal Albert Hall – living a second dream after the dance music dream. And she’s documenting that behind the scenes on Resident Advisor’s Instagram – so all those club kids are getting dragged into the symphony hall.

More of her music:

Here’s what you’ll get out of Ableton Live 9.7, available today