Music can still have something to say. Not just a hackneyed protest song or music that wears politics like dress-up, but – something to tell you.

When it hits you, you can sometimes feel a bit weak in the knees.

That was the impact for me of Mary Ocher’s new album, two tracks of which get video treatments. The songs themselves have a message, but then their meaning becomes even more stark in the music videos – reason to share them here. I’m slightly self-conscious that the way I knew about this album was initially in being asked through a friend to do a remix of one. Then I found myself listening to “Arms” on loop. Mary’s singing has for me some real power.

I think however narrative or abstract, a video is a success when it doesn’t just illustrate, but illuminates the music content. I didn’t know the back story for Mary’s lyrics (more on that later), but then seeing Israel through her eyes gave me some deeper insight. (Mary was born in Russia, but lived a large part of her life in Israel. She’s now based, like many recent Israeli transplants, in Berlin.)

Maybe it’s the moment we’re in, when the world seems to reveal its darker tendencies and conflicts threaten to shake it apart. But it feels the right time to look in the mirror, in Mary’s music.

Can you talk a bit about the words to ‘Arms’ – independent of the imagery we see here? What was its inspiration?

The song emerged out of this very context, hope it’s not too much of a let down. Of course, it is valid on a greater scale, but what made me write down those words was an encounter that happened several years ago, as I was visiting Tel Aviv on one of the first trips since I left it. I was sitting in a bus and a couple of guns were idly pointing at me from the seated soldiers on my right, who were not paying any attention.

Being removed from that environment, all of a sudden, revealed just how odd the prevalence of weapons is in the public sphere. Social environments are so strangely flexible, you are taught to accept something, and most people wouldn’t dare question. I find the commonness of weapons absolutely terrifying – not to mention the fear and the hate that are part of the mechanism that fuels the desire for weapons.

What was the process of filming ‘Arms’ like? You had a lot of participation from the people we see in this film, yes?

Haha. soldiers were very keen on demonstrating their tools. I suppose it’s a source of pride.

Your presence throughout the video is arresting to me, and honest, somehow. What’s your hope in terms of how the viewer would take this – given we’re living in a world in which strength and militarism are taking on new meanings, what would you want them to see here?

Quite frankly, I didn’t know how to make it clearer that I am appalled by that reality, anything protest-y would have been tacky. Perhaps that unintentionally makes the video more accessible to those who have never visited the region. Still, I expected some very hurt right-wingers to express their rage at my lack of respect FOR their desire “to protect themselves from their evil enemies”, which is what I’ve been fed in Israeli schools as a child. I can only assume that in most areas of conflict, hate is being systematically taught to the young — the only thing we can do is not to listen.

At the end of the day, while civilians are busy being killed, someone is making money, money dictates the policies, conflicts and their resolutions, the safety of people is OF little importance, while at least on paper the lives of citizens matter, the lives of non-citizens matters not at all.

Where does pacifism fit in this? Some of us were recently confronted with this by [cultural collective] female:pressure’s Rojava campaign, as that literally brought us face to face with someone who advocated armed resistance in order to defend their communities. Are there limits to our pacifism?

Pacifism is a luxury only those who are not under life-threatening conditions can support. I do, while realizing that a peaceful existence is only possible as long as no one else attacks. If we would all decide collectively to support that notion, that’d be a very different story, but we’d have to undo all of human history. And still, yes, pacifism is a noble idea we should aspire to.

To contrast the message of these videos, then there’s “The Endlessness (Song for Young Xenophobes)” Should I take that title literally; do you have a message for those people?

Quite tongue-in-cheek, I suppose; I don’t suppose we would have much of a conversation. Though I have recently discovered that some conservatives… errr, if not downright outspoken racists liked my work (and that nearly made me choke). Would these people be more likely to listen? I think they’d rather be the ones who shout “don’t go into politics, just play your song and look pretty.” I used to be comfortable with my well-read, far-left, queer audience, each of them could have been a friend.

I thought this imagery of the desert went beautifully with the words, and against the urban / populated imagery of the “Arms” video. What’s the significance of that landscape?

Thank you! I was looking for images of serenity, or an illusion of it. 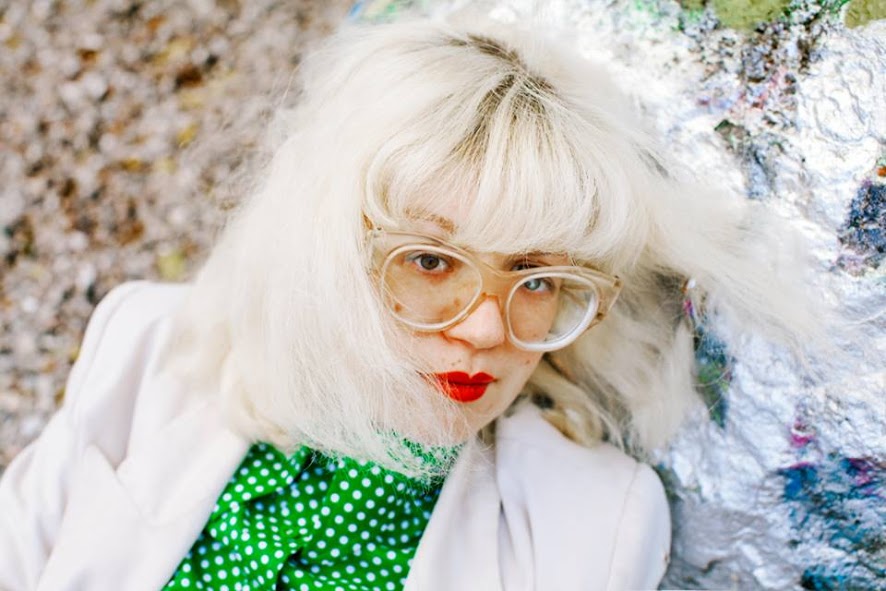 Can you talk a bit about the production on this music? Having worked with one of the vocal tracks, of course, I feel a bit closer to them. But I love that there’s a sort of rawness to them, a kind of recording technique that feels a bit timeless rather than overly contemporary. What was your objective with that?

“The West Against The People” was recorded mostly at the Faust Studio, though I started recording bits for it in Berlin, and collected additional recordings from Felix Kubin and Die Tödliche Doris to work with. I’ve had the help of two sound engineers and three drummers (I also played drums, though badly, on a track, so that makes us four), as well as Hans Joachim Irmler, who is the patriarch of the studio. Julia Kent contributed cello to one of the tracks that is not featured on the album. All in all, I’ve returned with 24 new tracks, and only 13 could fit on the LP… we’re planning a special edition of the record that will reveal additional tracks bit by bit in the coming months. Sound-wise, I just don’t like most of contemporary music very much. perhaps it’s awful to say, but I’m afraid it’s true. 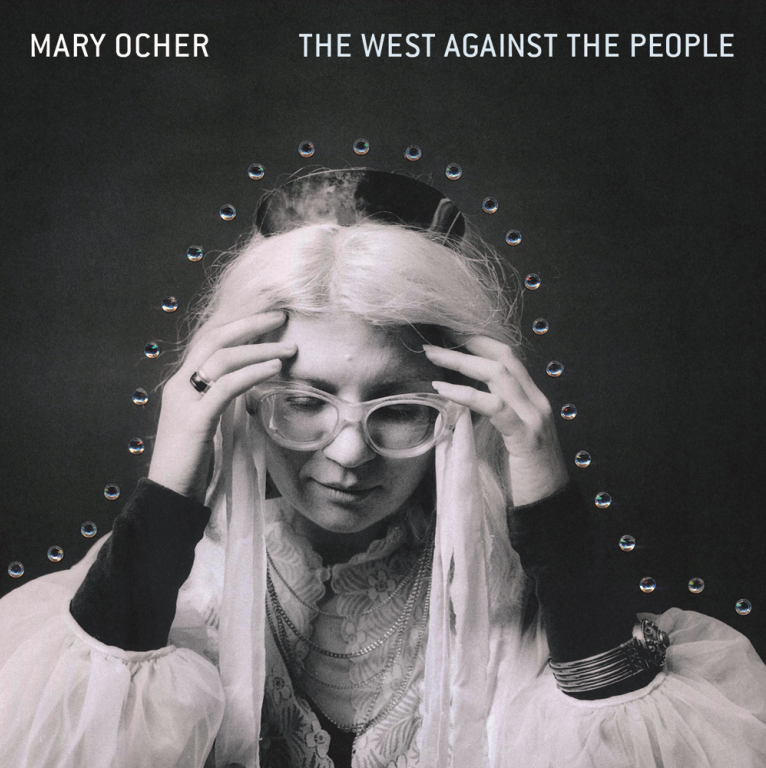 Mary’s full-length, The West Against The People will be out on March 10 on Klangbad. Vinyl, CD, digital.

Read her essay, The West Against the People.

The remixes are out now, starting with a heavy track by The Autist – it’s a pay-what-you-will benefit album for asylum seekers.

System 80 is a control-for-control 808 clone in Eurorack