In our ongoing look at the sounds from space, here’s another angle: the same day as astronauts Thomas Pesquet (ESA) and Shane Kimbrough (NASA) were making an “Extravehicular activity” (EVA / “space walk”) outside the International Space Station, we have publicly available, openly licensed sound from that experience.

This is more spoken word than ambient sound, of course. At the same time, you get a feeling for what the routine of this work is like. This is humans doing what still challenges robotic instruments – space maintenance. (Without humans, the in-flight repair of Hubble, for instance, would never have happened.) That’s narrated most clearly by CAPCOM Jessica Meire and PAO Dan Huot. (“CAPCOM” is a now-anachronistic term, referring to Capsule Communicator; PAO is the Public Affairs Officer, narrating a bit like color commentary over a golf tournament, only even slower and way geekier.)

So, it’s routine. But now… to those silences, imagine peering over your feet at open space above the planet. (And tell me you don’t get a little dizzy doing that.)

As Thomas said of the picture: “This is what a spacewalk is: 400 km of void under your feet.”

So, there you are, music lovers. Challenges for our community:

Can audio like this prove useful in samples and remixing, without falling back on the cliché of dull CAPCOM chatter over techno tracks?

Can you envision other means of sound collection in situations like this? (Before you say “there’s no sound in space,” various forms of vibration detectors can capture the equivalent of sound even in something like an EVA.)

And with or without this audio, can you produce music that sounds like 400 meters of nothingness? (No, just stealing that title for your next ambient album does not count. I can see you.)

I’ll leave you with that thought. 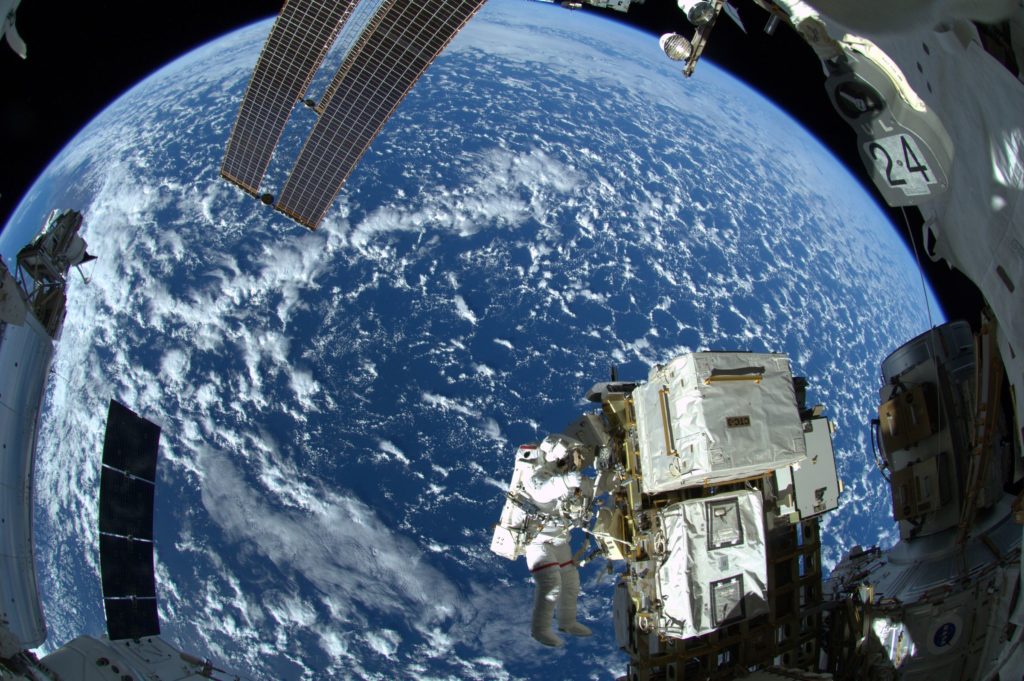 But the important thing is, ESA has shortened the time to releasing content. That’s a glimpse of a real-time commons that follows science, including audio – and that says a lot about the promise of what commons material could provide for culture:

When a record label gets into making cool, weird instruments

A bunch of tricks and tools for generative visual tool TouchDesigner

science
Kyoka is imagining new worlds, playing machines, and exploring neurology: interview
space
Ars Electronica, in scale from microcosm to epic, examines a planet on the edge
ESANASAsciencespace
NASA’s Webb telescope could transform how we imagine digital art, along with our cosmos
science
Weddell seal vocalizations are cooler than your synthesizer, and we’re still learning more