Quick — think about the planet you live on. What does Earth look like from above?

Probably, some very clear imagery just popped into your head – iconic Apollo-era photography, or perhaps the more contemporary view of the planet from the orbit of the International Space Station. But our generations – ours, our parents’ and grandparents’ generations – are unique in human history. We’ve been given these images by the radical breakthrough of our species leaving Earth, via our own human spaceflight and myriad machine exploration missions. 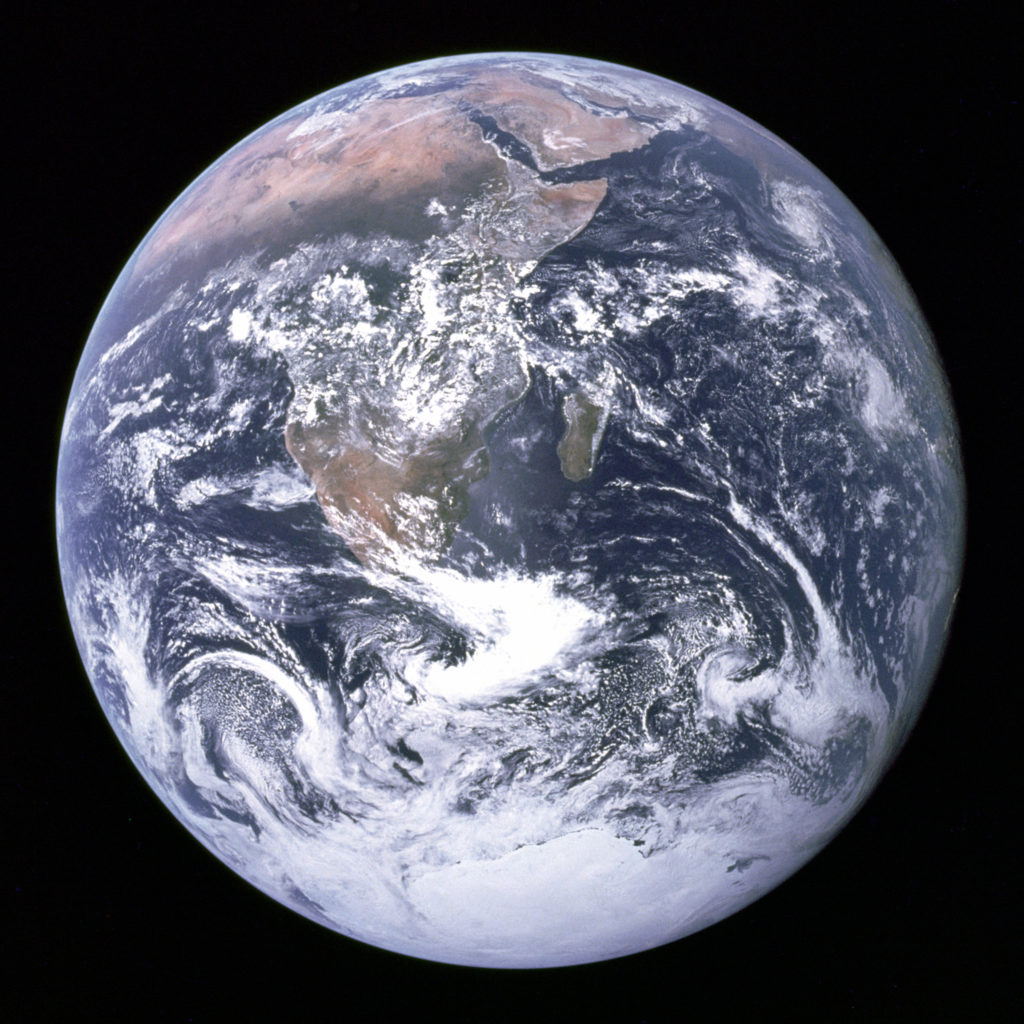 Earth imagery may well have even saved our species. The Atomic Age gave us the nuclear arsenal capable of wiping out life on Earth, but it also gave the public and world leaders a tangible picture of just how fragile that planet could be. The “Blue Marble” image from Apollo coincided with some of the deepest tensions in nuclear escalation, and planetary science, advanced by this same imagery, was able to go into specifics about the dangers of nuclear winter (as it now continues to warn us of the threats of climate change). And Earth is just the beginning, as we’ve looked deep into the cosmos and clearly into our planetary neighbors.

Part of what has made these particular images imprint in your mind, though, is because they were freely shared. One of the more positive legacies of the space race is the fact that the United States of America has produced a lot of civilian space-related content that, under US law, is released into the public domain, from sounds to images to films to various ephemera. Now, the legal basis for how this comes about in the USA, plus the complex set of exceptions (some NASA-specific, some related to particular limitations on the scope of where and how that public domain status applies, some related to acquisition of content from NASA contractors) could be the topic of a whole extended story. Suffice to say, NASA’s public domain doesn’t cover everything, but it’s still a lot of content. (NASA summarizes its general guidelines for media. See also: Federal Acquisition Regulation, the US government’s own explanation of the works it produces, or this third-party explanation of US government public domain for background.)

And free access to this content has been a big part of what has helped this imagery find its way deep into public consciousness, from research to advertising to artwork. The cultural impact is not to be overlooked: even sci fi television has inspired future astronauts. And space media is unique of all the cultural artifacts produced by humans, because it gives us a window into what would be to nearly all of us inaccessible. Only a handful of people can gain access to spaceflight facilities, let alone go into orbit and peer out the cupola of the ISS. And satellites and rovers can boldly go where no one will go, ever. So because we don’t have the power to produce this media ourselves, we rely on that access. And, oh yeah, your tax money paid for it, too – so it’s nice to get a return on investment.

And the European Space Agency’s media should be uniquely interesting to the sorts of people who read this site. ESA has led some of the most compelling scientific missions in recent years, both in terms of observing our own planet and exploring the solar system and further universe. ESA is also far more engaged in artistic collaboration than any of its other partners (even NASA), and does so inside the framework of a network of European institutions similarly dedicated to finding connections between arts and science.

In one sense, ESA faces extra challenges beyond its counterparts. The agency’s venture into open licensing is newer than NASA’s, and has to explicitly license content since nothing is generally public domain by default. It also involves a greater number of partners, because ESA is by definition a joint project of a number of European nations (on top of the usual private partners).

But we’re at an historic moment, as years of groundwork at ESA have now led to a public, wide-reaching release of content into the commons.

And this includes all the necessary ingredients to making this a success: a public commitment on a philosophical level, a bunch of content, a clear permissive licensing scheme, and well-organized access so anyone can get at all the good stuff.

The result is a new landmark, freshly employing a more contemporary approach to Creative Commons and a focus on new and bleeding-edge materials – because, really, it’s time to leave the Apollo era behind and see our cosmos through new eyes (and ears).

The necessity of ESA explicitly licensing the material under a Creative Commons license also makes usage far less murky than with NASA content. (Even NASA communications has sometimes appeared befuddled by this, incorrectly adding license restrictions like “non-commercial” to materials that technically have no such limitation, beyond the requisite that the US government legally cannot appear to endorse a product. Cough.)

Europe’s efforts place content under a Creative Commons Attribution-ShareAlike 3.0 IGO (intergovernmental/international) license. The ShareAlike restriction is really useful; unlike public domain content, it ensures derivative content will be equally permissive. But note at the same time there’s no non-commercial restriction – which is good, because there’s no bright line test for what constitutes a “commercial” application (and all of us need to eat!).

ESA joins other intergovernmental organizations like the UN Educational, Scientific and Cultural Organisation, the World Intellectual Property Organisation and the World Health Organisation. This also benefits the likes of Wikipedia and its Wikimedia Commons.

Okay, now having gone into the history and rules – what’s there? 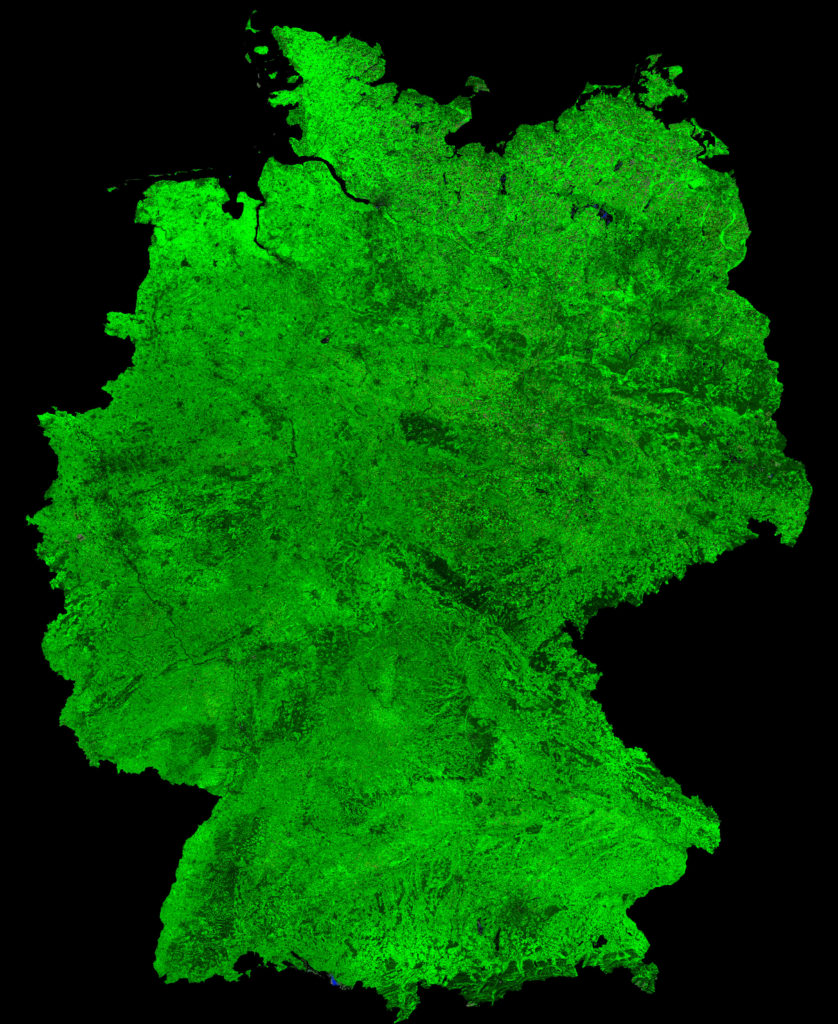 Loads. There’s every kind of content imaginable. You can find photos and videos and work them into VJ sets. There are data sets you could try sonifying, or 3D print into sculptures. And yes, there are sounds – some contributed by yours truly, as part of an initiative I hope to continue to build upon.

We have so much in the form of imagery and video that a lot of people may not appreciate just how powerful data and sound could be. Sounds are a fundamental part of how scientists and engineers do their job on Earth, how they diagnose technology in space, and how they process information and data from space. Indeed, a lot of what we can process on our human scale from the cosmos comes in the form of waves and vibrations, either directly sonic or in forms that can be easily translated to sonic timescales.

Here are some of the sounds you can listen to – and sample, remix, and reuse. First, an all CC-licensed playlist, with some beautiful comet sounds:

And in the collaboration I made with ESA, these sounds, too:

Beyond that, I think data will be a rich new area to mine for artists and researchers – and a medium in which artists and researchers can potentially collaborate. And the ESA announcement in this regard couldn’t have come at a more important time. The incoming United States administration has threatened to scrap Earth observation missions, and gone far enough toward suggesting climate change-related datasets would be scrubbed that scientists were scrambling to make backups and public clones. At best, while this data is public domain, it could threaten NASA and climate agency work by the US government to keep that data easy to find for a non-technical public. So having a renewed public effort to share data on the European side, and make it easy for the public to find and understand, is obviously relevant.

Now, maybe your experimental ambient album made from climate change data isn’t going to save the world. But anyone learning how to find and read data, and sharing what they’ve learned, is contributing to a better-informed public that can converse more easily with scientific specialists. And whatever your political inclinations, I think you’ll agree that’s a good thing. We live in a rapidly changing world and economy driven by reams of data. And that means that the public needs to find ways to get smarter about how to handle that data, not just specialists. When you make a piece of music, you’re also learning about data processing, about coding, and about handling scale and perception. That’s knowledge (and code, and sonifications, and more) that we can share with scientists and share with students.

In fact, I think that one reason it’s great musicians ad artists are getting into this is precisely because this is out of our usual comfort zone. (I’m sure my high school physics teacher will attest to that.) To shamelessly paraphase President Kennedy, we can do it not because it’s easy, but because it’s hard.

If you’re interested in the political side, here are a couple of examples of what I’m talking about:
Coders volunteer to capture NASA climate data as scientists rally for anti-Trump protests [Christian Science Monitor]

It’s worth reading that whole story, because ultimately the conclusions go beyond Trump. The hackers wind up helping to assemble centralized, independent, easily navigable datasets that weren’t available in any form before – and recognize the importance of independent scientific information, free of any government involvement.

And regarding the effort to convince the Trump administration that funding Earth observation is significant (some of these projects impacting European efforts, too):
Eyes in the sky: Cutting NASA Earth observations would be a costly mistake [The Conversation – article here is written by climate change scientist who advises some of these projects, and talks about how bleeding edge science can ultimately transfer to more general use]

These kinds of discussions, while acute at the moment in the USA, are ultimately global. They’ll be part of policy debates all over the world, and from specialists to newcomers, we’re all learning how to better understand and share data.

I think adding cultural voices to this discussion is significant. And wherever you are on the political spectrum, I think we all have a basic human need to change perspective and get out of the microcosm of political debate. Imagining space exploration, our Earth, and our universe is a rich common realm for that imagination.

I hope we’ll get the chance to examine more what’s available. I can’t think of a better way I’d want to see my Euros and VAT spent.

Here’s where to go for more:

Conditions of Use / FAQ

The central repository and news site for all this stuff, plus home to explanation of the licenses and so on, is
http://open.esa.int

Sounds from Space – sonic content from ESA (including some of mine, though mostly I hope we can wrangle more!)

And on top of a lot of imagery, here’s the 3D comet model you always wanted

Anyway, when it comes to Europe, there’s a single multimedia search:

history
PsyTexx is a forgotten tracker for Palm PDAs – with features like distortion
free
Inflation, begone: SunVox is still donationware, and 2.1 makes it slicker and more powerful
free
Learn modular MetaSounds in Unreal, free, and start thinking in procedural sound
freefree as in freedom
Surge XT hybrid synth is now a free set of modules for VCV Rack