Novation the synth manufacturer looks to be back with a vengeance.

In addition to the new Circuit Bass Station as its mono/paraphonic synth offering, the company has a new polysynth flagship. The UK company says they brought in Chris Huggett, the creator of the Bass Station, Supernova, and OSCar.

What you get is sort of an 8-voice synth inspired by the Bass Station II. You get eight full-featured new Oxford voices with a hybrid analog/digital sound – numerically-controlled oscillators that behave like analog oscillators, plus 17 digital wavetables for the full palette of digital sound. You can also use these as FM sources either way, and even cross-modulate for more sounds. (I’m hoping to grab some audio samples of that soon.)

Note – that is digital. These are numerically controlled oscillators, which I suspect is generating some confusion. Also interesting: Peak has a 1-bit digital architecture. These are topics for a follow-up story, maybe, to explain what that means in engineering terms to those interested. But the point is, you get an analog-sounding synth without some of the inflexibility or cost that are sometimes associated with that.

And there’s full-featured modulation, too, with a 16-slot modulation matrix.

Each voice gets three ADSR envelopes and two LFOs each.

There’s some unexpected flexibility here. Not only do you get resonant multi-mode filters on each voice, but there are three distortion points for each – pre- and post-filter and global.

All the expected extras are there, too: reverb, delay, and chorus, plus an arpeggiator, USB, MIDI DIN, and CV.

Components software for patch storage will work with this as on the Circuit line. 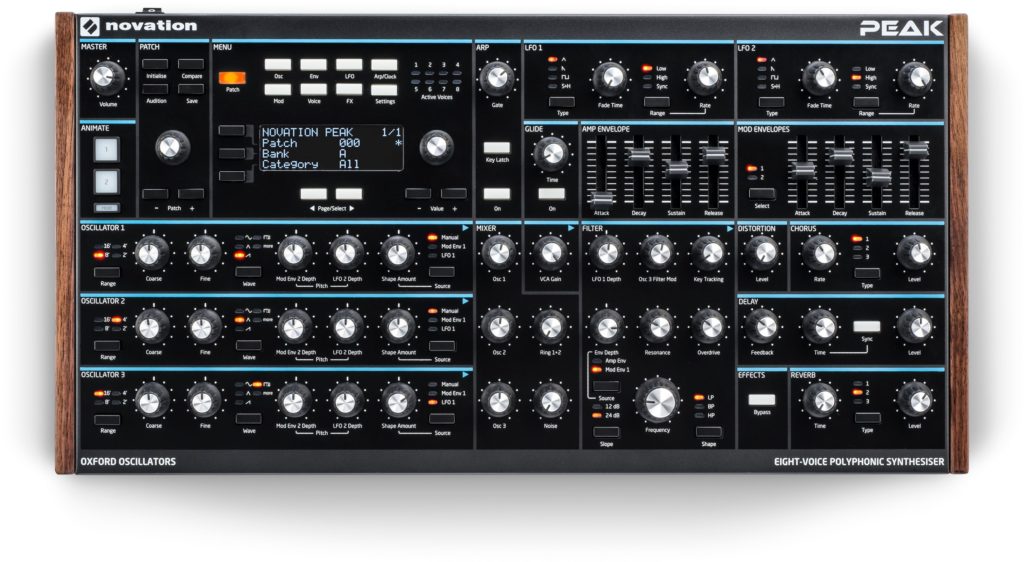 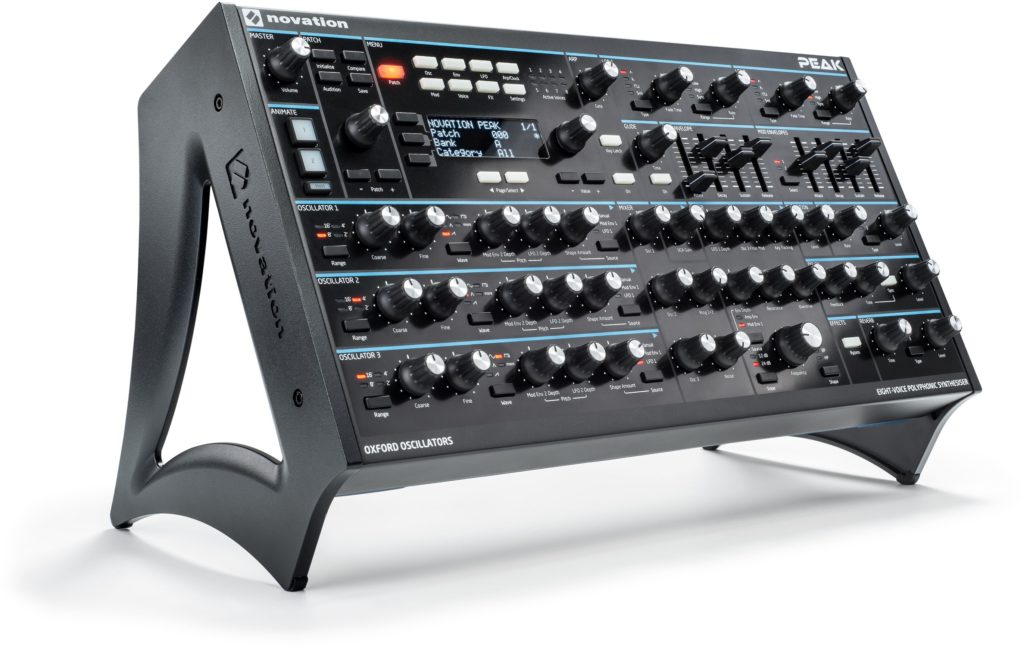 I haven’t had the chance to write it up yet, but Waldorf’s own polysynth announced at Musikmesse was out of reach to a lot of us, given that instrument will be “no less than” three grand. Novation give us a poly synth with wavetables and lots of features, at a price that’s easier to swallow.

This also means the competition with Behringer’s synth offerings is on a more level playing field than you might have imagined. Behringer’s synths can’t compete on price alone, given DeepMind and Peak each hover at around a grand. You’ll invest in the instrument you like better. And that seems like how it should be in the first place, particularly with some talented synth designers behind each. (Behringer is also at Superbooth this week, in a departure from what began as a very boutique-minded show.)

That said, what this isn’t is analog. So expect some forum debates about whether “true analog signal path” matters or not. Novation are quick to say this “sounds analog” but benefits from digital functionality. And I think that’s really the bottom line – if it sounds good, it is good. We’ll take a closer look this week in Berlin, so let us know if you’ve got questions.

There’s also a nice stand for around a hundred bucks, though that’ll be later this year.

Ask.audio have some terrific in-depth videos: