For up and coming cyber-pop talent, look no further than Chagall, the Amsterdam-born London-based cyborg diva.

Chagall van den Berg (full name) was an early adopter of the mi.mu gloves, a wearable interface that’s the latest generation of a tradition of interfaces that dates back to Amsterdam’s own STEIM research center and pioneering work by Michel Waisvisz. (Even if you have no interest in glove-based interfaces, Waisvisz can arguably be credited for producing the model of human/computer musical interaction as we now know it – it’s worth understanding.)

And Chagall herself is emblematic of the kind of brainpower-meets-virtuosic performance of that scene. mi.mu, now counting Chagall as one of its partners, is a who’s who of thinkers working in wearable technology and performance, including one other well-known icon, Imogen Heap. (We were lucky to have this crew join us for the first-ever CTM Festival Hacklab we hosted, which in turn was their first experiment in unleashing the gloves on new users.) 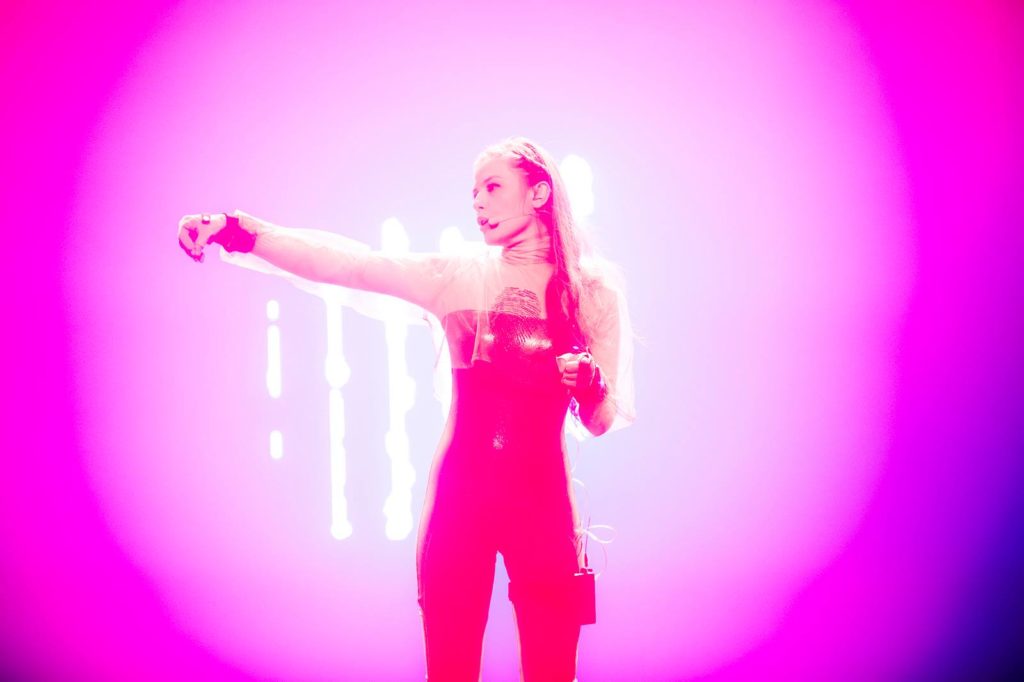 Accordingly, Chagall has become a spokeperson for innovative music technology as well as a musical star, gracing stages from TED to Futurefest to Ableton’s Loop.

Chagall is the new all-in-one DIY pop everything: powerhouse songwriter with earworm-making skills, vocalist with easy, relaxed power, and producer. There’s a team behind the AV show, but the songs are all her. That marks a departure from the way pop is most conventionally fabricated.

And Chagall’s involvement with the gloves therefore represents something significant. Imogen Heap had already proven she could make use of the gloves, but they were designed around her with her direct input. Chagall has taken them in new directions.

The music itself seems to naturally extend itself into the gloves, rather than the other way round. This is silky, futuristic pop with the visuals to match. (Van den Berg works both with the medium of reactive visuals and music, while singing and writing and doing generally everything else, too.)

Expect to see more of this. “Calibration,” the touring show that incorporates this tech among others, is now set to burst onto the scene. See the behind the scenes video:

And yes, while Berlin has had a lot of the fun lately with its presumptive crown as music tech capital, here’s a British-based, British-backed brain trust in action: 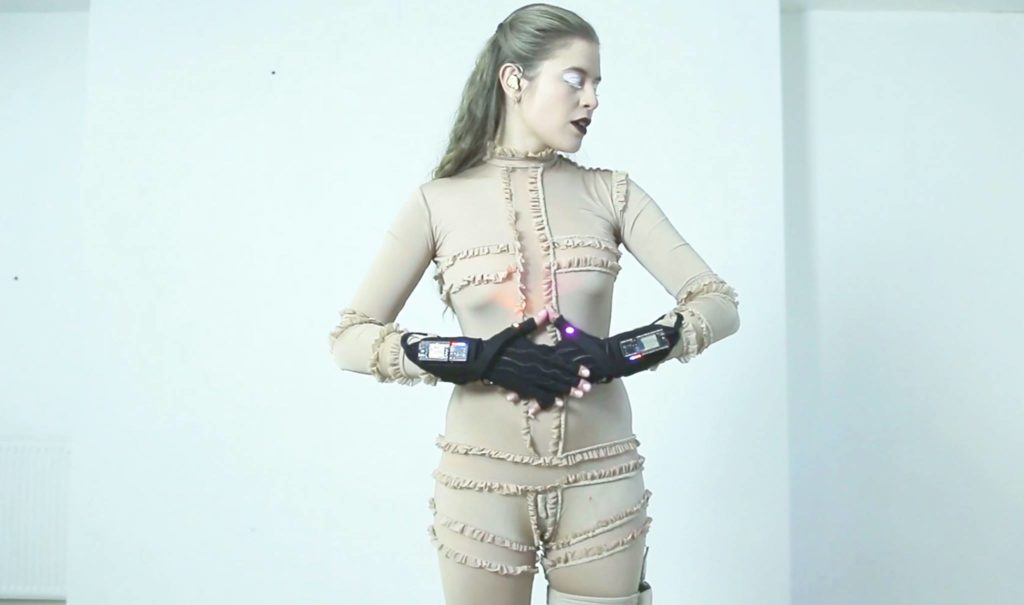 A year old, but for more detail on the gloves and how she works with the TC VoiceLive harmonizer, here’s a more intimate rehearsal video:

Yeah, it feels a bit like Imogen Heap: The Next Generation. But that’s a really good thing – a credit to Chagall and Imogen alike.

Oh, the heck with it, she’s too fun to watch, here’s another video (any other singers a bit jealous?)

And dueling TED talks from Imogen and Chagall, because it’s the Internet and I don’t run out of page space:

Groovebox, a music app rigorously designed to give you a place to start