The latest app from KORG brings the 1981 vintage synth to iOS – and there’s reason this particular remake is interesting in 2017.

The KORG original is really three synths in one. Playing one voice at a time with its four oscillators, it’s a fat monosynth. Using those four oscillators separately for chords, it’s a near-perfect polysynth. And then, most interesting, you can use paraphonic mode, where the four oscillators use a single filter and amplitude.

Sending pitches separately, you also get unique sequencing effects, generating melodic ideas that dance across those four oscillators. And then there’s modulation.

KORG has remade its Mono/Poly before. (I’m still holding out for a hardware remake, but I mean in software.) The Legacy Collection plug-in version is a nice enough recreation of the original for the desktop, and it seems if you were a user of that plug-in, you can exchange presets with the new iOS app. (That also opens up the usual possibilities of making an iPad or iPhone a satellite to your desktop studio rig.)

But on iOS, there’s particular reason to rejoice. Let’s review:

All those modes. It could be called the Mono/Poly/Para – you get all three modes in the app.

That arpeggiator. This is actually my favorite feature of the Mono/Poly, partly because you can arpeggiate across voices. And Duran Duran fans, yes, there’s a random mode.

Massive modulation. This might be a 1981 synth, but it still offers advanced sound possibilities today. (Hey, the ballpoint pen hasn’t evolved much since 1981, either – so work on your drawing skills.) Route loads of envelopes and inputs to loads more sound and envelope features.

MIDI control. In addition to routing modulation, you get MIDI Control Change for almost everything. Couple this with something like the Modstep app and you can sequence complex transformations of sound, live.

Deep effects. Formant shaping, multi-tap spatialization delay with chorus, and more. That of course may also lead you to new sounds.

You can make templates. No excuses for not creating your own presets with basic sounds …why the heck doesn’t every darned soft synth in the world have this feature?!

It works with KORG Gadget. Integration with KORG’s own DAW/synth environment should appeal to lovers of that tool. (Though, of course, you’re just as free to use whatever MIDI hardware and apps you want.) 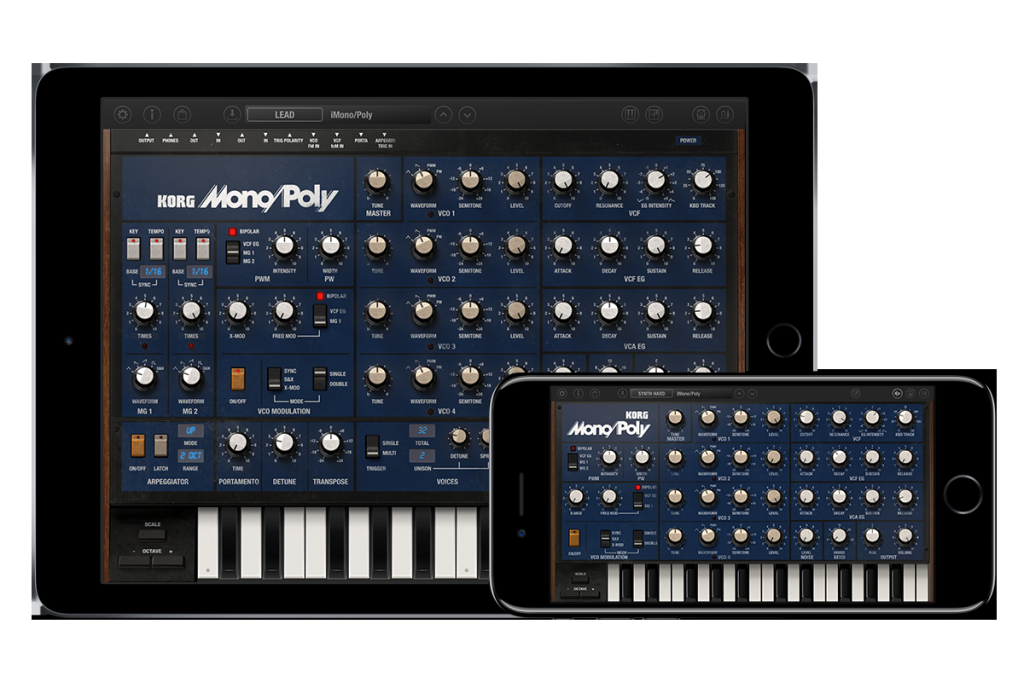 The iPad is uniquely suited to vintage software remakes. Fake knobs on a screen, with a mouse – not the best. But with touch, they create the illusion of being able to really use the interface. And KORG have here thrown in their usual KAOSS-style X/Y pad, which works even better. Plus, because apps are portable, you can sketch ideas to bring back to finish later in the studio or at home.

Thanks for Francis Preve for consulting on this story.