The amazing classic synth and experimental moments on children’s TV

Before it reverted to Internet age-blandness, American kids’ TV enjoyed a golden age of music, scored by oddball indie composers and legends alike.

And, wow, it could even teach you about synthesis.

Perhaps the most famous of these moments is when none other than Suzanne Ciani went on 3-2-1 Contact in 1980 to step inside her studio: 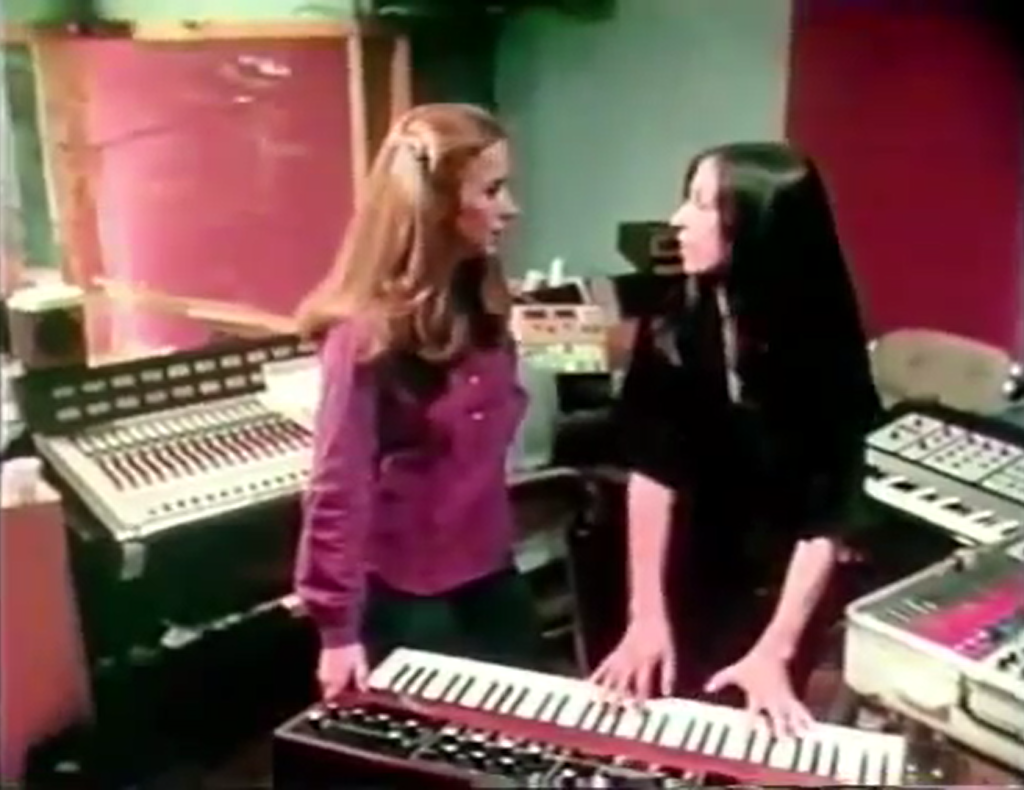 Fred Rogers of Mister Rogers’ Neighborhood fame was actually a composer before going into television, and the show’s deep commitment to music education reflected that. That music was generally of the acoustic variety, but he did one day tote a rare ARP Soloist synthesizer along with his trademark shoes and handmade sweaters – and his message and song about “play” might well be an anthem for us all.

Canadian-born composer Bruce Haack made an epic appearance on that same show in 1968, where he demonstrated a homemade electronic instrument. Haack himself as as prolific a composer of far-out sci-fi music for children as he was (much darker) experimental compositions and psychedelic works. 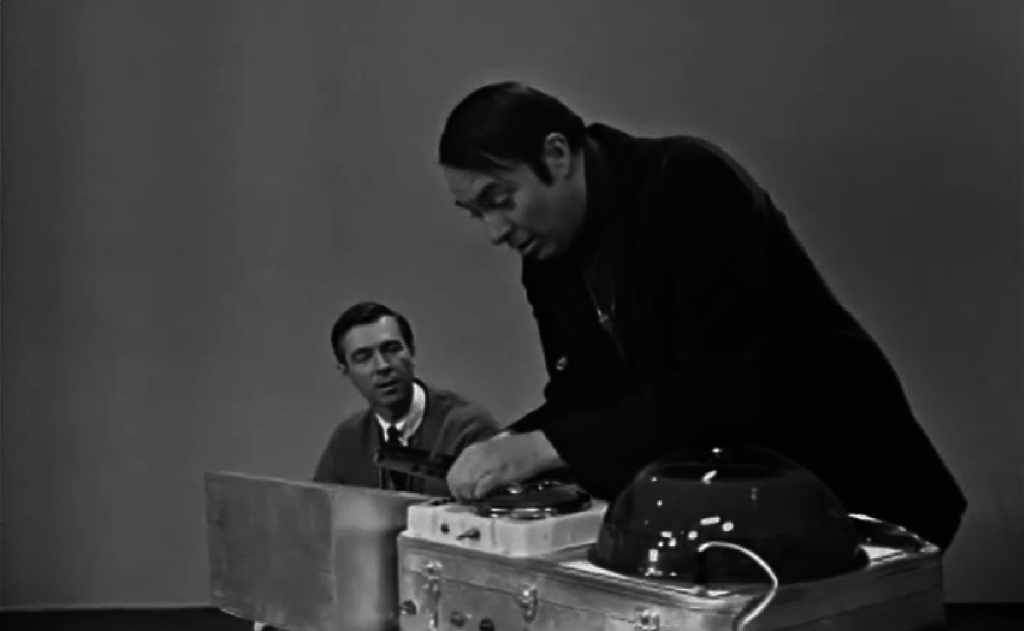 The best all-time “Fairlight CMI on a kids’ program” (because, amazingly, there’s been more than one of those) – Herbie Hancock, Sesame Street, 1983. Herbie keeps a terrific sense of cool and calm that all kids’ shows could learn from in this day of cloying, sugar-sweet patronizing programming:

Synths were all over vintage Sesame Street, often providing sound effects as in this oddly hypnotic Ernie puzzle:

Steve Horelick, the composer behind Reading Rainbow, showed off his Fairlight CMI and how digital sampling worked. (I have vivid memories of watching this as a kid – sorry, Steve.) Steve apparently came up at a time when Fairlight ownership was rare enough to get you gigs – but a good thing, too, as a whole generation still sings along with that theme song. And you probably got a second educational gift from Steve if you ever followed one of his brilliant video tutorials on Logic.

Even better than that is Reading Rainbow‘s synesthesia 3D trip – John Sanborn and Dean Winkler’s Luminaire, which was made for Montrea’s Expo ’86, to music by composer Daniel “No, I’m not Philip Glass” Lentz.

Better video of the actual animation and music, which – sorry, Mr. Glass, I actually kind of prefer to Glassworks:

Somehow this looks fresher than it did when it was new.

It’s not experimental, but I think it also deserves mention that Run DMC made it on an early Reading Rainbow episode:

Oh yeah, also, apparently Jem and the Misfits imagined an audiovisual synth in 1985 that predicts both Siri and Coldcut / AV software years before their time. Plus dolls should always have synthesizer accessories:

Apart from education, there’s been some wildly adventurous music from obscure (who’s that?) and iconic sources (the Philip Glass?!) alike.

For a time, an experimental music Tumblr followed some of these moments. Here are some of my favorites.

And yes, trip out with a composition by Philip Glass written especially for Sesame Street:

You can read the full history of this animation on Muppet Wiki,

More obscure, but clever (and I remember this one) – from HBO’s Braingames (1983-85), evidently by a guy named Matt Kaplowitz.

Not growing up in the UK, I’d never heard of Chocky, but it has this trippy, gorgeous opening with music by John W. Hyde:

American composer Paul Chihara’s 1983 score for a show called Whiz Kids is hilariously dated and nostalgia-packed now. But the man is a heavyweight in composition – think Nadia Boulanger student and LA Chamber Orchestra resident. He has an extensive film resume, too, which now landed him a position at NYU:

From Chicago public access TV, there’s a show called Chic-A-Go-Go, which in 2001 hosted The Residents.

But The Residents were on Pee-Wee, too:

Absurdly awesome, to close: “The Experimental Music Must Be Stopped.” This one comes to us from 2010 and French animation series Angelo Rules:

Thanks, Noncompliant, for the suggestion!

Try AI remixing in Regroover with these tips and exclusive sounds

MusicMakers Hacklab Berlin to take on artificial minds as theme

retrovintage
Compusynth is like a love child of a west coast modular and the Altair 8800 computer
vintage
Fluss: Hainbach and Bram Bos teamed up on an iOS granular app, and it’s an instant gem
history
Paik’s Video Study is a 700-piece archive of the work of Nam June Paik
synths
The very best Black Friday and Cyber Week deals on music and motion – a running list