One of Windows’ most powerful, most popular, most native-optimized audio tools is not only back from the dead, it’s available for free. A version of SONAR Platinum will be available free, and finally, it’s just called “Cakewalk.”

We learned back in February that Singapore-based BandLab acquired Cakewalk’s assets from Gibson. And in a sign this was a serious deal, they also got some of Cakewalk’s team, including top engineers Noel Borthwick and Ben Staton. That differs from a lot of ill-fated acquisitions; music technology assets are often fairly meaningless without the humans who worked on them.

Now, there’s more. This week, BandLab announced they’re re-releasing the DAW as “Cakewalk by BandLab.” And it is actually SONAR Platinum. You even get tools like the ProChannel modules for signal processing. 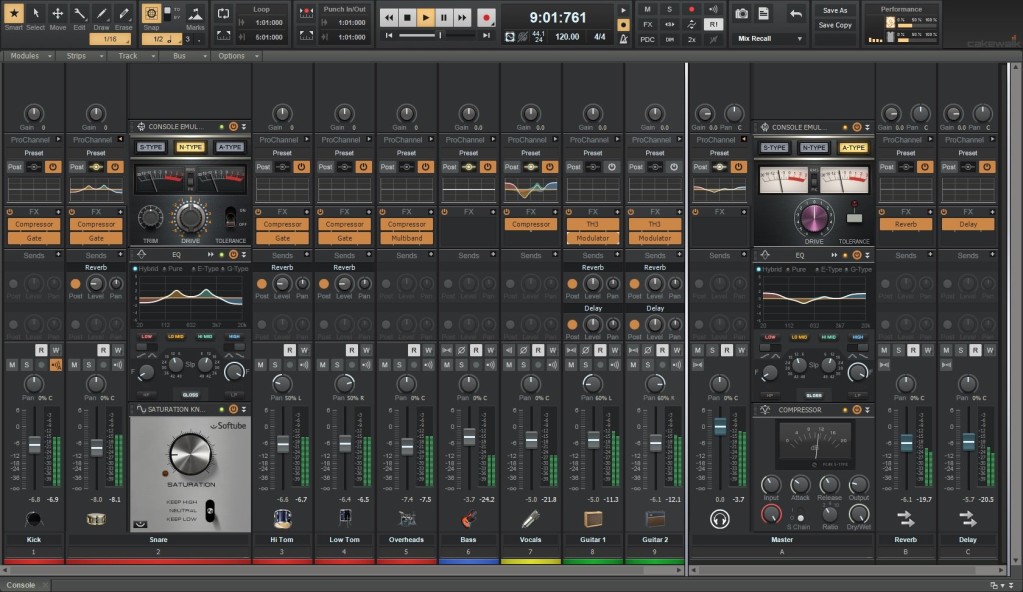 So, wait, what’s the catch? Well, you do need to install the BandLab client to download the DAW; this is bait for BandLab’s online services. And BandLab say that while this includes “the entire SONAR Platinum feature set” in a version with “full authentication and unlimited feature-access” for free, some of the bundled tools are evidently missing. Fortunately, at least, that appears limited to selected add-ons, not the core DAW:

But that isn’t a big gap. I got some more clarification from BandLab:

What’s missing? Just third party products; or plugins / loops. So if you’re downloading Cakewalk for the first time as a non SONAR user, you don’t, for example, get free access to Melodyne or Rapture. However if you’ve purchased them previously and have them on your desktop they’ll automatically integrate with Cakewalk by BandLab.

This is big news. Cakewalk was always a leader in support for 64-bit and Windows core technologies. SONAR supports touch, VST3, and other technologies missing from a lot of rival DAWs. And this could in fact reinvigorate the Windows platform for audio at a key moment. Heck, it might be a reason to consider a Surface Book with touch support, or to migrate to a fast laptop. SONAR requires some adjustment if you’re used to another DAW, but it’s got a long history in production.

On the Windows support site, this excerpt including a quote from Pete Brown is telling – Microsoft, lacking something like Apple’s Logic Pro, really need this:

Pete Brown, from Microsoft’s Windows and Devices Group, said “We’re thrilled that Cakewalk has found a new home with a company that understands the musician community, and that cares sincerely about digital audio production. Cakewalk has been a great partner, working to make their DAW better for their customers by quickly adopting new Windows features like pen, Bluetooth MIDI, multi-touch, Dial, and more. We look forward to working closely with BandLab to continue this innovation.” Cakewalk by BandLab will support pen, touch and Surface Dial throughout the user interface.

Oh yeah, and let’s be honest: even the most die-hard SONAR user tended to refer to their DAW as “Cakewalk.” (That’s true of “Ableton,” too, but it fits this product even better. SONAR’s predecessors for Windows and DOS were all called simply “Cakewalk”; the original vendor name was the geeky “Twelve Tone Systems.”)

So now Cakewalk is Cakewalk. And Cakewalk is free. That counts as some good news. (Now if I can make this run on Linux under WINE, I’ll be even happier still.)

I’ll give this a spin and see if I can offer up a decent beginners’ guide in time for the release.

You can get “early access” now via the site. (Other info is a bit vague, but you can grab the download.)

More on the DAW and its functionality: https://www.bandlab.com/products/cakewalk