There’s East Coast (Moog), there’s West Coast (Buchla) … and then there’s much further East. Roland’s SYSTEM-500 descends from the Japanese modular tradition. Now we have the details of their latest Eurorack renditions.

The SYSTEM-500 continues the collaboration between Roland and Portland, Oregon-based boutique maker Malekko Heavy Industry. CDM broke the story (at least in English) when the SYSTEM-500 made a cameo at an event in Berlin.

The other important thing to know is that Roland has taken some of the inspiration for the design of these modules from its early 80s SYSTEM-100M (which in turn drew from the 70s SYSTEM-100). They’re not reissues and they’re not copies – but they do take some sonic features and the interface approach from those modules. With much of the boutique community drawing from Buchla and Moog, this means Roland is a little different. At the same time, since they aren’t slavish recreations (except giving you the SH-5 filter, for instance), you get a slightly more up-to-date take on what these things are about and who they’re for. 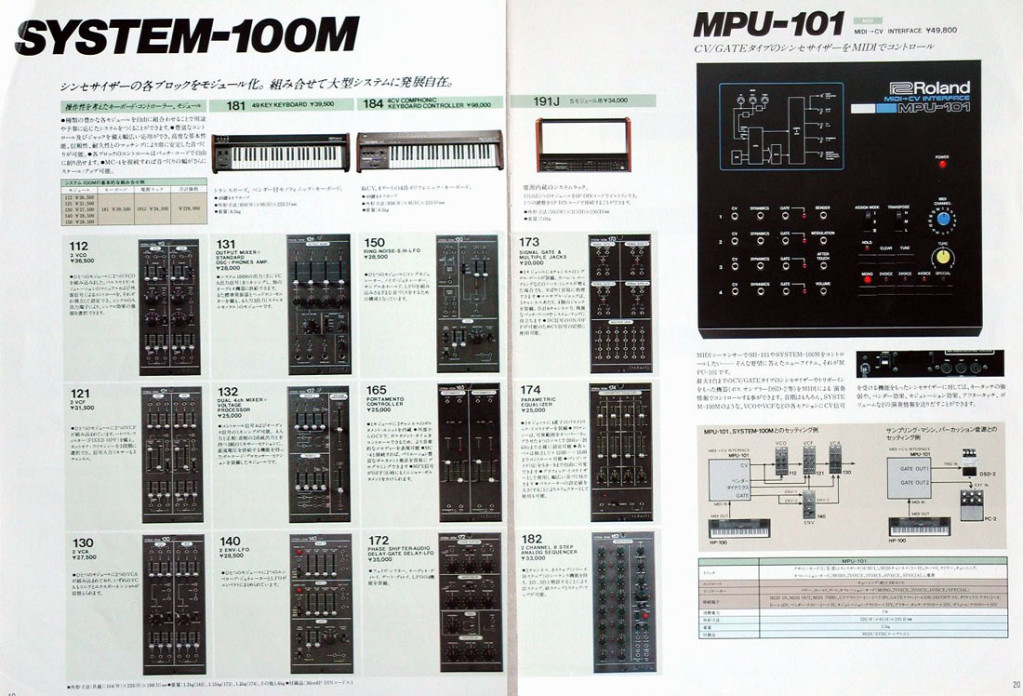 Hey, Roland, you could also do a MIDI interface and call it the MPU. 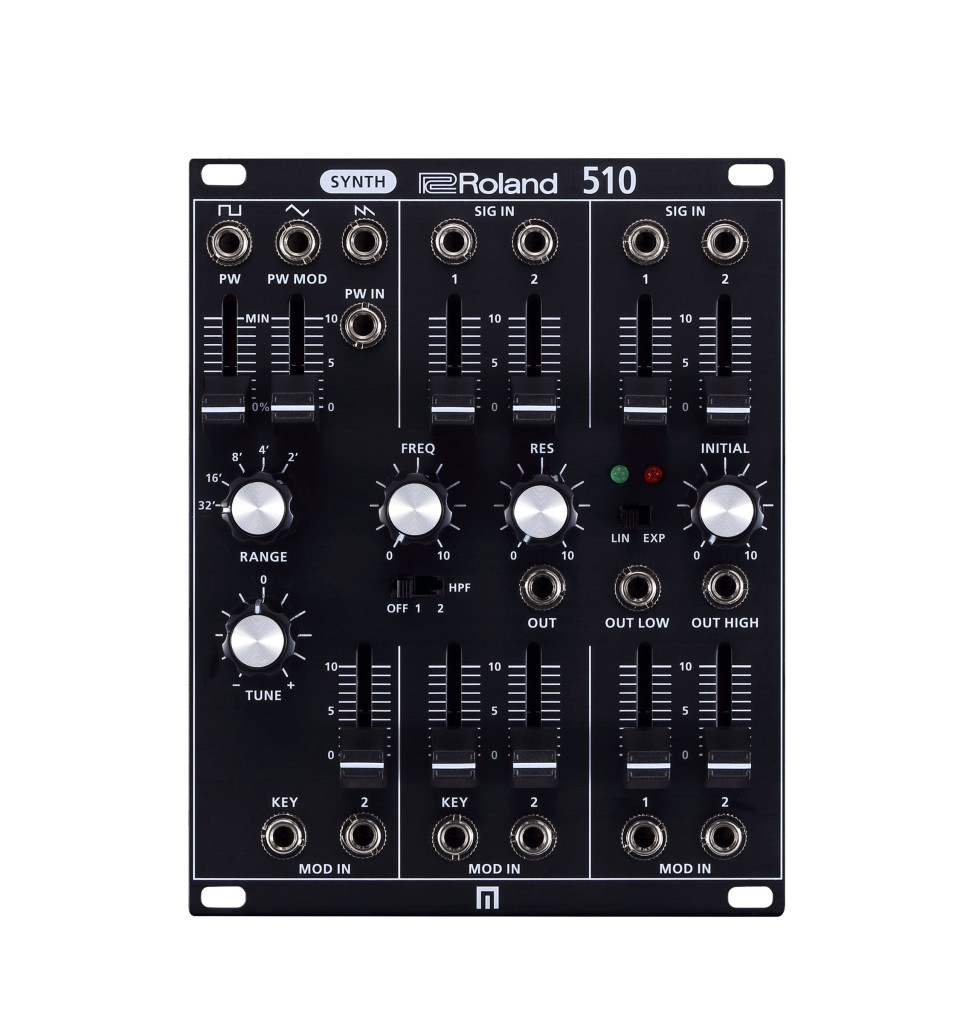 The pitch: A place to get started

What it is: It’s an all-in-one synth module – basically three modules in one to get you started with a single voice. You get an oscillator, a filter, and an amplitude envelope. The idea is to give you a single module that gets your modular started. You could actually bolt this into a rack and get started – it takes inputs and outputs line output so you could hear what you’re doing. And while there are competing modules that do the same, this one is pretty economical, and it comes from Roland’s own heritage – it’s modeled on the early 1980s 100m Roland synth, which also had the goal of being a starter synth. 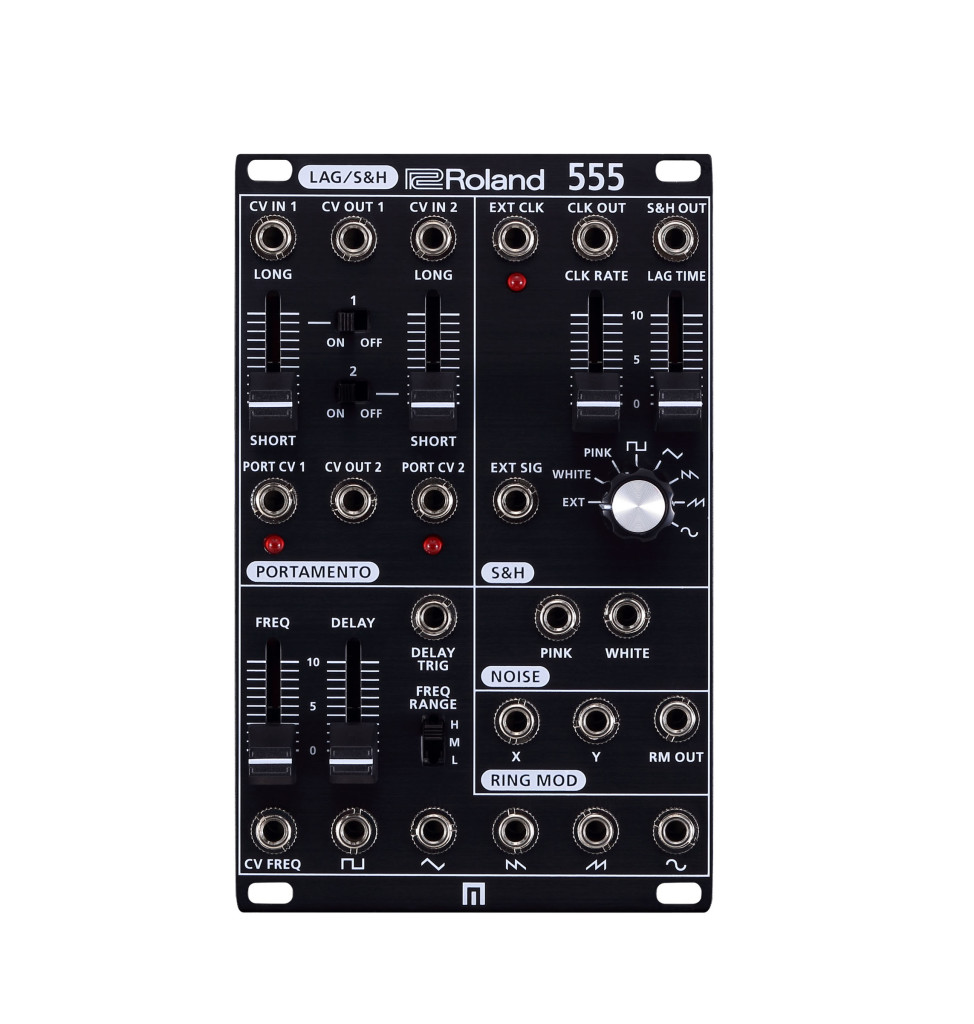 The pitch: A modulation source

What it is: It’s modulation in a box. Think ring modulation, waveforms, an LFO, noise, and portamento you can route into your other modules. This one is also 100m-based. 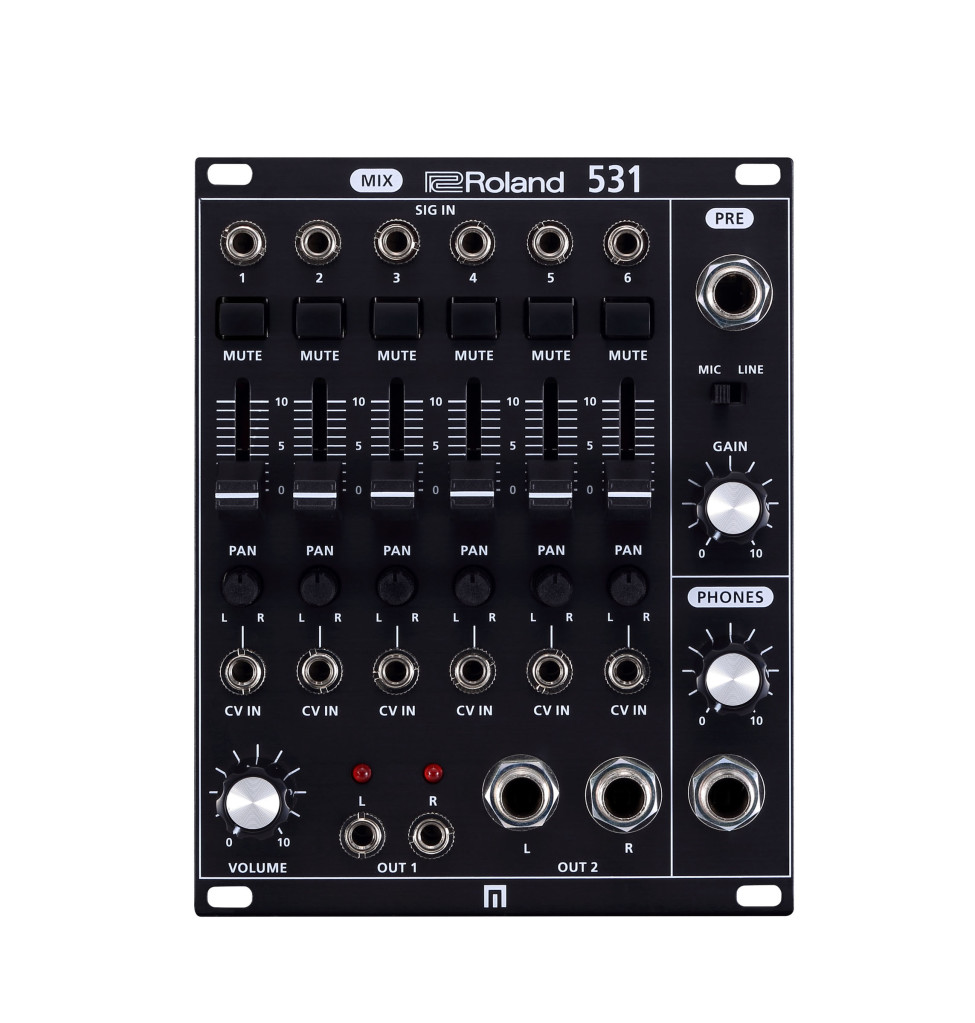 The pitch: A mixer in a module

What it is: The 531 also draws from the 100m history, but the important thing is really that it’s more of a conventional mixer in modular form. Now, part of the appeal of Eurorack is frankly that it is esoteric – but musicians at some point may expect mixers to behave more like mixers. So while you do get some voltage control (for panning), the appeal to me of the 531 is that it has, like, mixer faders and pan pots you can easily reach out and grab. There are even LED meters so you can see what you’re doing.

Oh, and you can plug line and mic level inputs here, too, so you can combine instruments and voice easily. Roland promises “boutique-quality,” “high-fidelity,” “low-noise” circuitry on this unit, which I take to mean it doesn’t suck. And the mic pre can be pushed into “pleasing overdrive.” 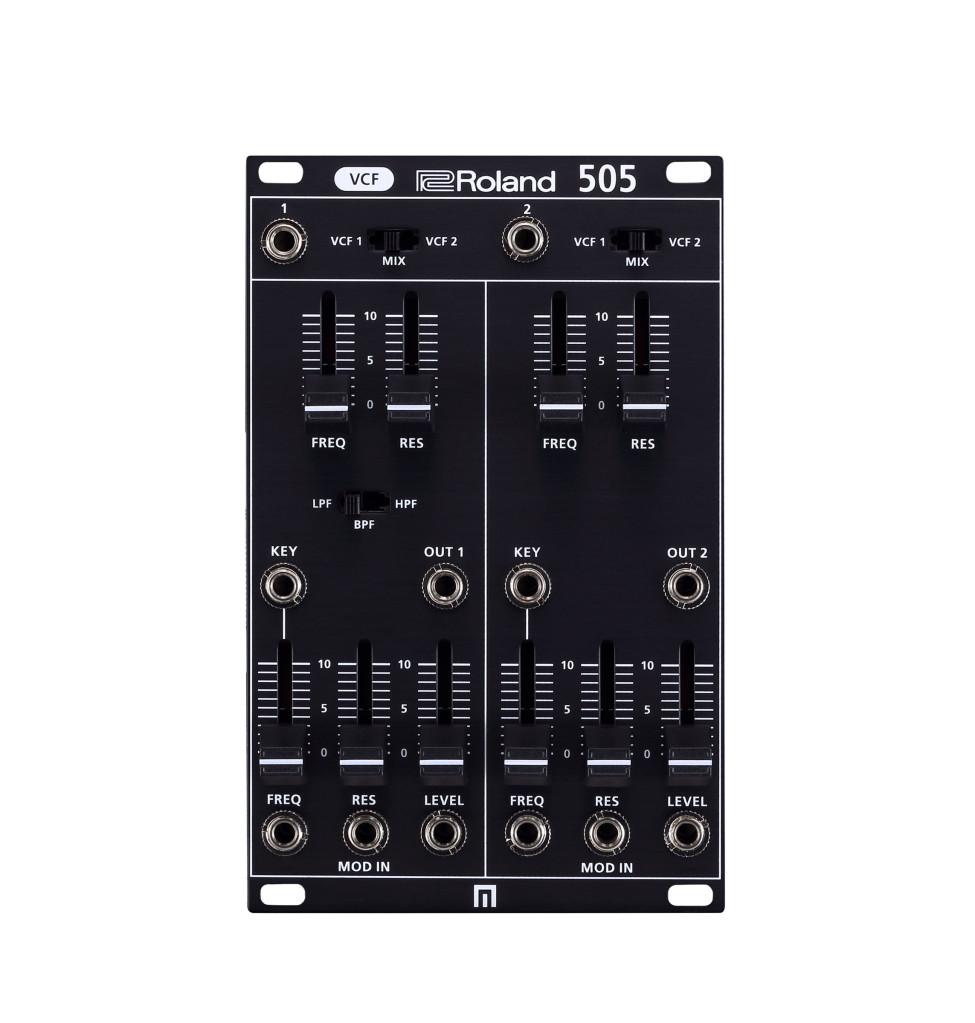 The pitch: The signature Roland filter from the SH-5

The SH-5 is — wait. Sorry, wrong link. The Roland SH-5 was the 1976 classic of roughly the same generation as the SYSTEM-100 modules. Just as Moog made the Minimoog as an all-in-one keyboard monosynth with features of its modular system, so Roland made the SH-5 as its ready-to-play keyboard. And the SH-5 might be a household name with casual synth enthusiasts today, had Roland not eclipsed their own legacy with better-known 80s offerings like the SH-101 and TB-303. 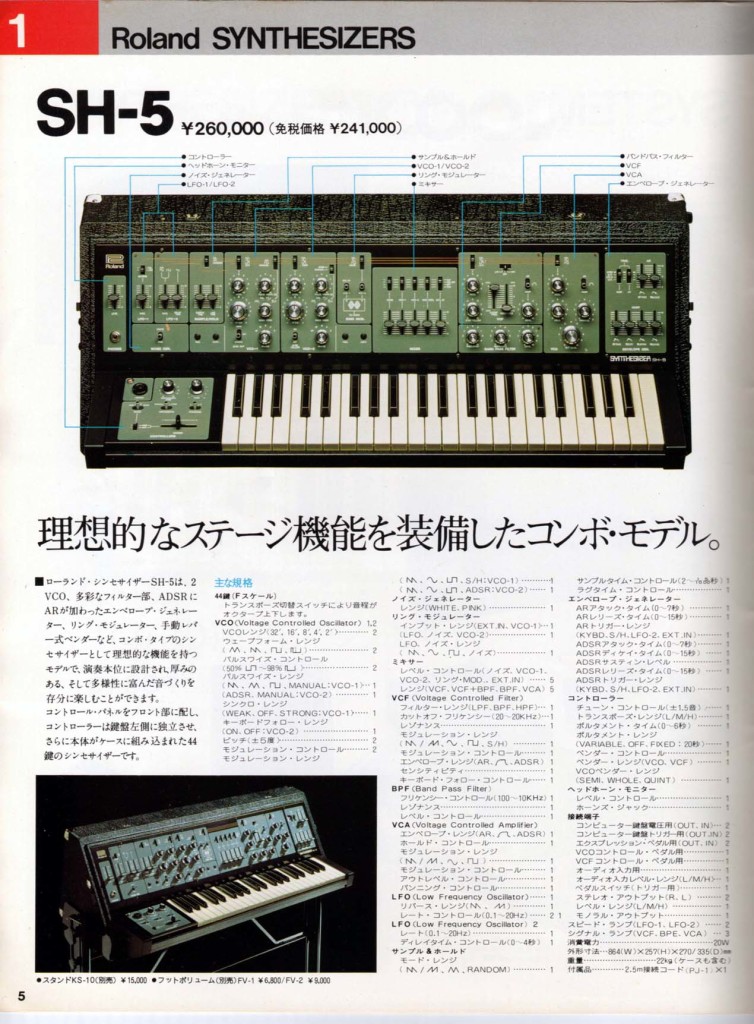 But here’s the important bit: while a lot of modules have filter circuitry modeled on a Moog ladder filter or other well-known filter designs, the SH-5 has its own sound. It’s part multi-mode filter, part bandpass filter … which is to say, it really growls.

The 505 has no particularly fancy features. It’s just a straightforward, great-sounding filter. But it could be either the complement to the offerings above, or – for people who already have invested heavily in modular – it might be the one module you grab out of this lineup, just to add a bit of Roland sound to your rack. Just get ready to shove a fader up and down instead of twist a knob, because Roland likes vertical faders.

And we close with this image, which demonstrates that… uh… maybe the photo department needs to buy some shorter cables. (Looks impressive, though. Also, for some reason I either want a big bowl of ramen or a bag of Red Vines – or both.)