Vectors are getting their own festival: lasers and oscilloscopes, go!

It’s definitely an underground subculture of audiovisual media, but lovers of graphics made with vintage displays, analog oscilloscopes, and lasers are getting their own fall festival to share performances and techniques.

Vector Hack claims to be “the first ever international festival of experimental vector graphics” – a claim that is, uh, probably fair. And it’ll span two cities, starting in Zagreb, Croatia, but wrapping up in the Slovenian capital of Ljubljana.

Why vectors? Well, I’m sure the festival organizers could come up with various answers to that, but let’s go with because they look damned cool. And the organizers behind this particular effort have been spitting out eyeball-dazzling artwork that’s precise, expressive, and unique to this visceral electric medium.

Unconvinced? Fine. Strap in for the best. Festival. Trailer. Ever.

Here’s how they describe the project:

Vector Hack is the first ever international festival of experimental vector graphics. The festival brings together artists, academics, hackers and performers for a week-long program beginning in Zagreb on 01/10/18 and ending in Ljubljana on 07/10/18.

Vector Hack will allow artists creating experimental audio-visual work for oscilloscopes and lasers to share ideas and develop their work together alongside a program of open workshops, talks and performances aimed at allowing young people and a wider audience to learn more about creating their own vector based audio-visual works.

We have gathered a group of fifteen participants all working in the field from a diverse range of locations including the EU, USA and Canada. Each participant brings a unique approach to this exiting field and it will be a rare chance to see all their works together in a single program.

Vector Hack festival is an artist lead initiative organised with
support from Radiona.org/Zagreb Makerspace as a collaborative international project alongside Ljubljana’s Ljudmila Art and Science Laboratory and Projekt Atol Institute. It was conceived and initiated by Ivan Marušić Klif and Derek Holzer with assistance from Chris King.

Robert Henke is featured, naturally – the Berlin-based artist and co-founder of Ableton and Monolake has spent the last years refining his skills in spinning his own code to control ultra-fine-tuned laser displays. But maybe what’s most exciting about this scene is discovering a whole network of people hacking into supposedly outmoded display technologies to find new expressive possibilities.

One person who has helped lead that direction is festival initiator Derek Holzer. He’s finishing a thesis on the topic, so we’ll get some more detail soon, but anyone interested in this practice may want to check out his open source Pure Data library. The Vector Synthesis library “allows the creation and manipulation of vector shapes using audio signals sent directly to oscilloscopes, hacked CRT monitors, Vectrex game consoles, ILDA laser displays, and oscilloscope emulation software using the Pure Data programming environment.”

The results are entrancing – organic and synthetic all at once, with sound and sight intertwined (both in terms of control signal and resulting sensory impression). That is itself perhaps significant, as neurological research reveals that these media are experienced simultaneously in our perception. Here are just two recent sketches for a taste:

They’re produced by hacking into a Vectrax console – an early 80s consumer game console that used vector signals to manipulate a cathode ray screen. From Wikipedia, here’s how it works:

The vector generator is an all-analog design using two integrators: X and Y. The computer sets the integration rates using a digital-to-analog converter. The computer controls the integration time by momentarily closing electronic analog switches within the operational-amplifier based integrator circuits. Voltage ramps are produced that the monitor uses to steer the electron beam over the face of the phosphor screen of the cathode ray tube. Another signal is generated that controls the brightness of the line.

Ted Davis is working to make these technologies accessible to artists, too, by developing a library for coding-for-artists tool Processing. 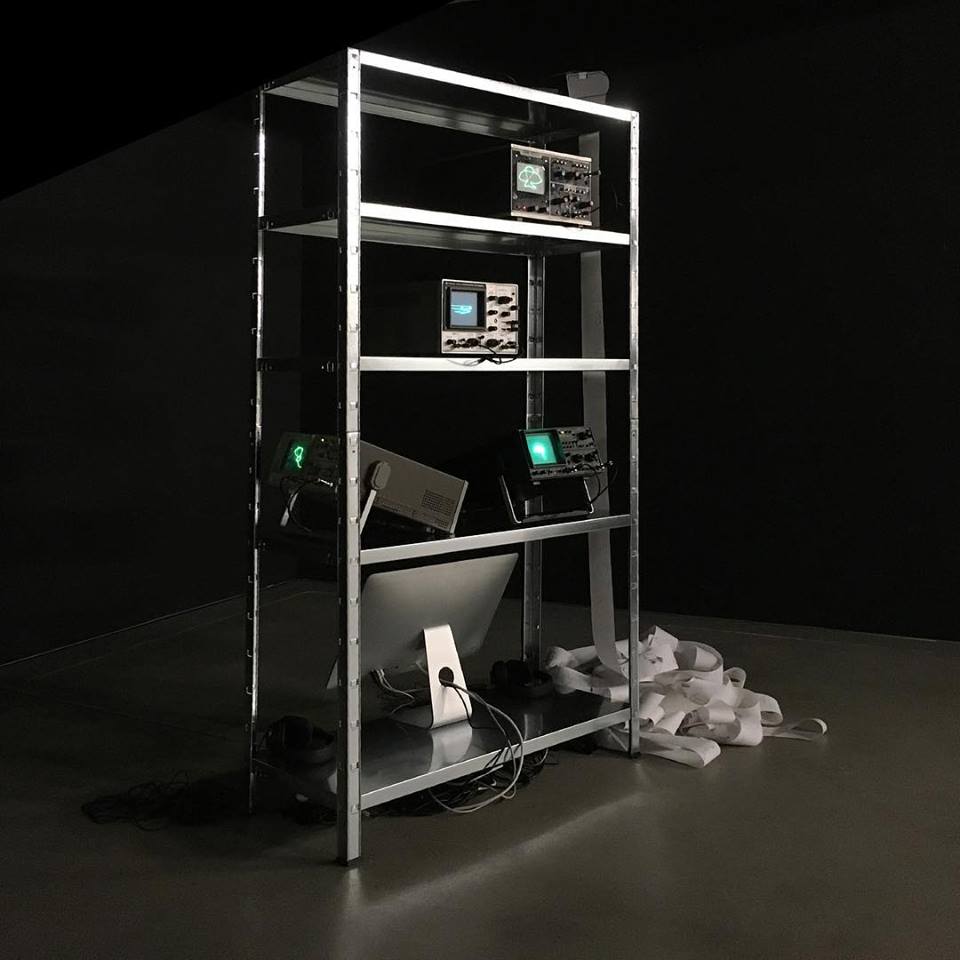 Oscilloscopes, ready for interaction with a library by Ted Davis. 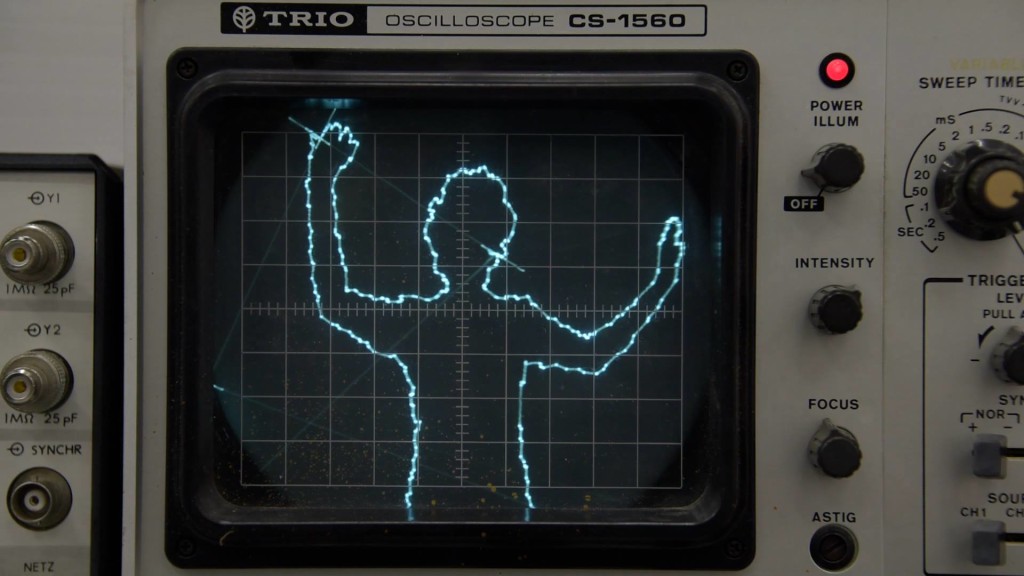 Here’s a glimpse of some of the other artists in the festival, too. It’s wonderful to watch new developments in the post digital age, as artists produce work that innovates through deeper excavation of technologies of the past. 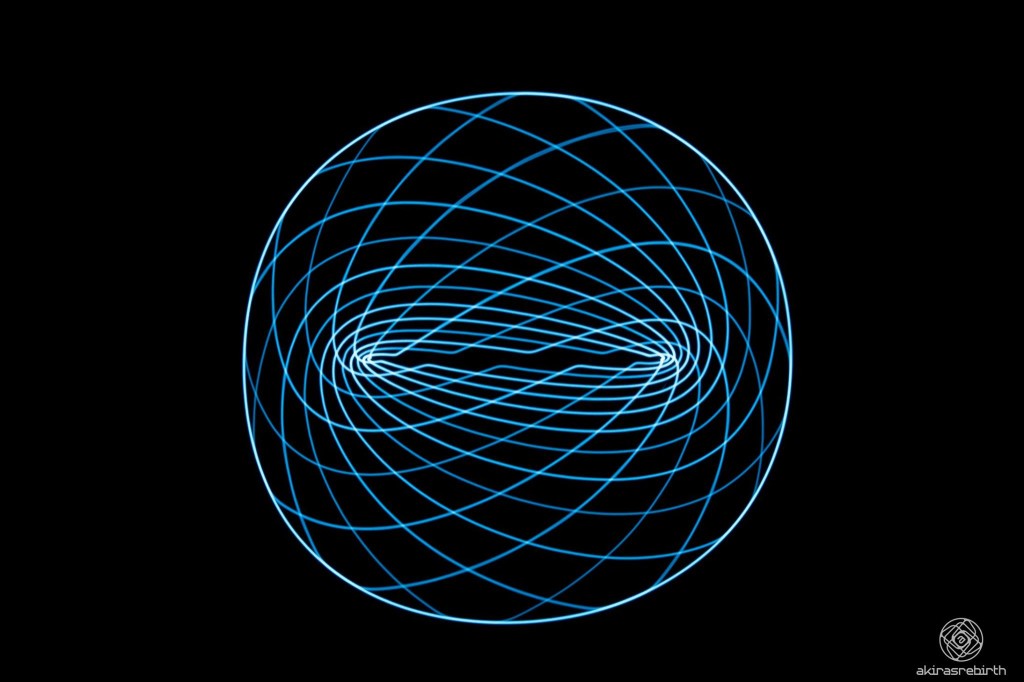 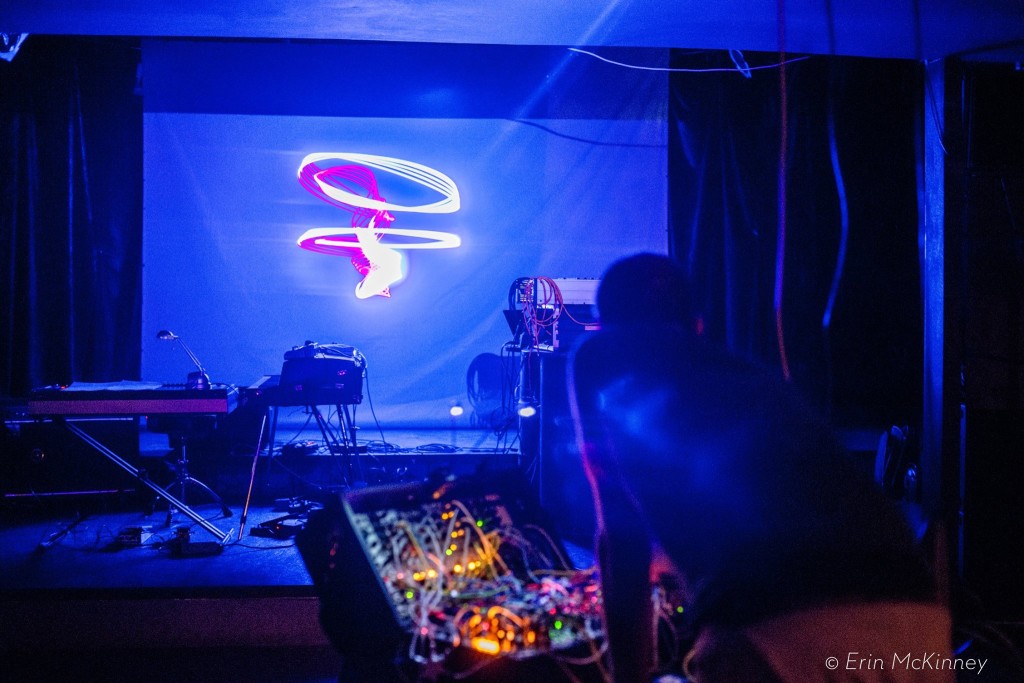 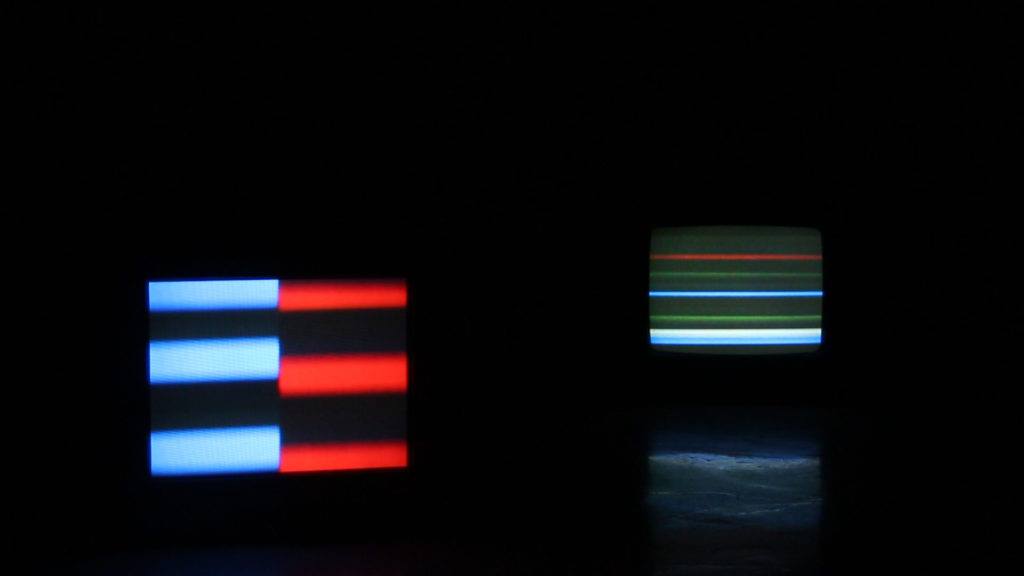 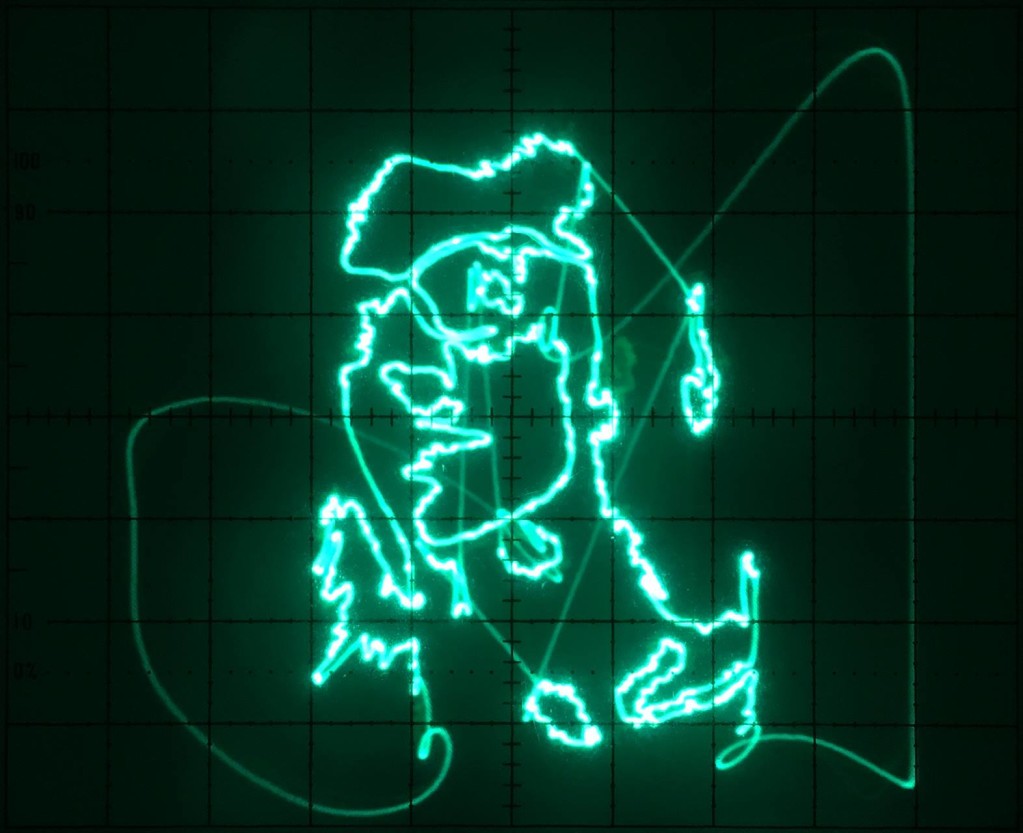 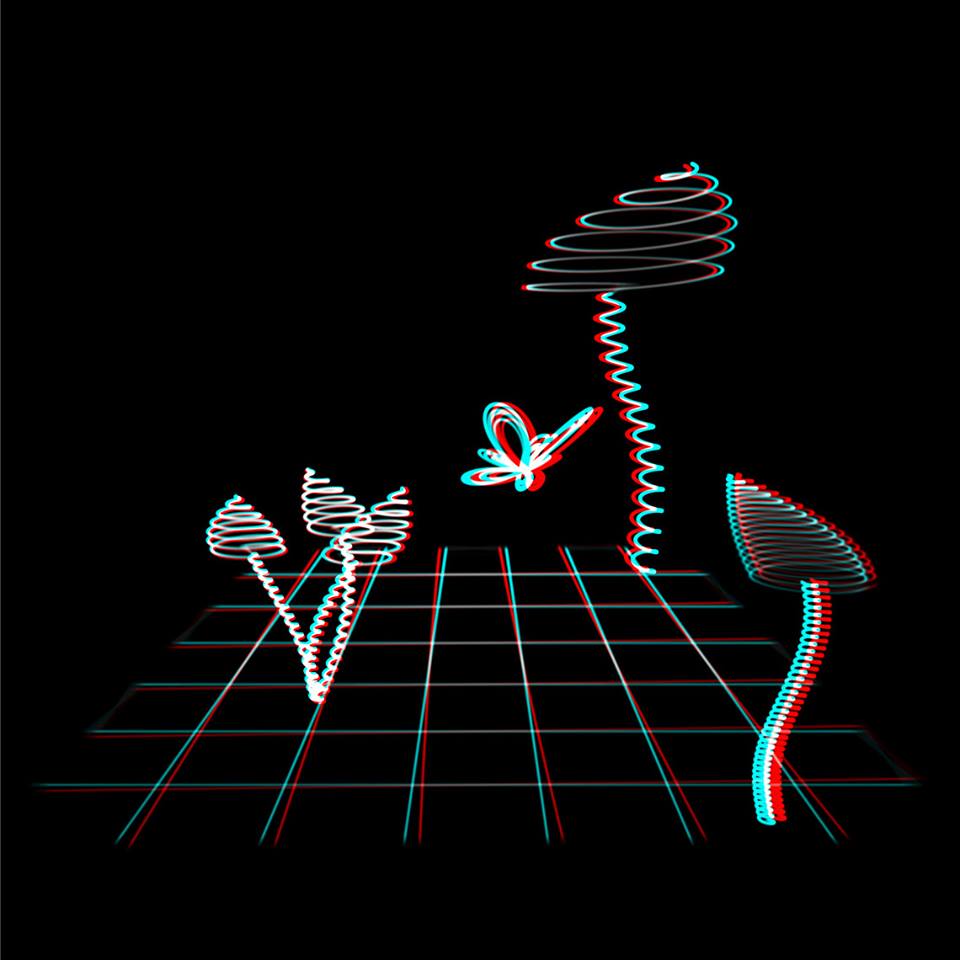 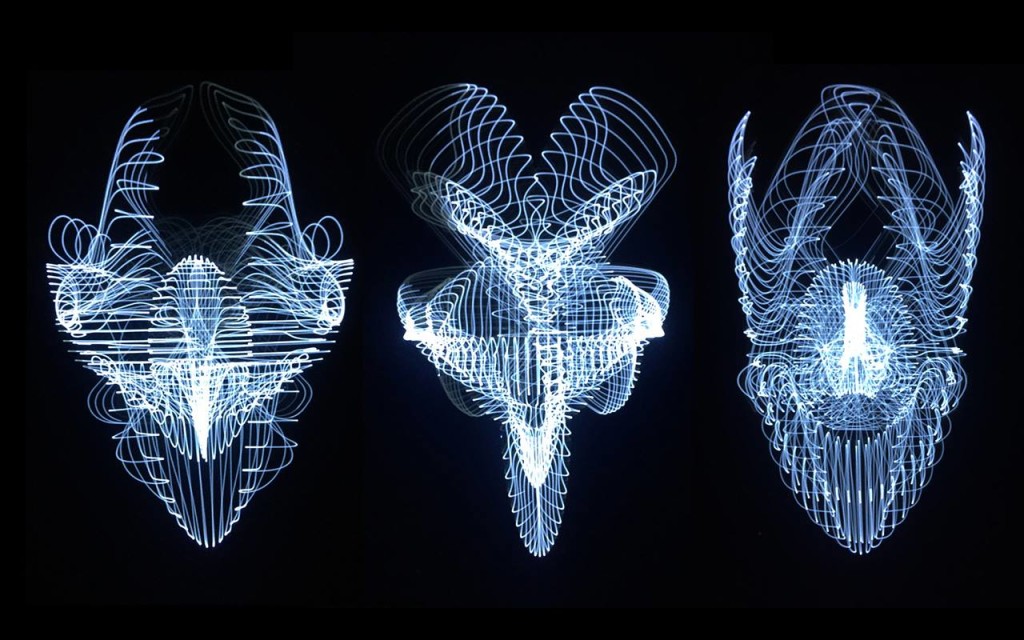 Watch an Ableton Live sequence made physical on the monome grid