In 1992, Alan Oldham aka DJ T-1000 imagined the epic saga of techno and Detroit as a trippy futuristic comic – and it’s prescient today. Plus, Alan’s got a banging new EP that you shouldn’t miss.

I’ve been meaning to share this since I first spotted it in a German-language article, so there’s no time like the present.

Alan was “Minister of Information” for Underground Resistance, as well as making his name as one of the all-time album cover greats with sexy, futuristic work for the likes of legendary imprint Transmat, Derrick May’s imprint. Now, everything in Detroit is in vogue again, but this push and pull between Europe (aka, where the actual techno market is) and Detroit (where it started) is so clear in 1992 that this comic could almost have been posted now.

The setting was a release by pre-minimal Richie Hawtin as F.U.S.E., on Richie’s own Plus 8 Records. Bonus: that demo came with a FlexiDisc and a comic. The comic stands out either way, not least for the presence of a futuristic supercomputer sequencer, a bit of a cross between a mass step sequencer, Deep Thought, and the Borg. Plus it’s great fun imagining UR’s LFO, Daniel Bell (aka DBX of “I’m losing control” fame), and Jochem Paap (Speedy J) as comic superheroes. Yeah, I’d see that Marvel movie.

At the very least, someone needs to make this sequencer. 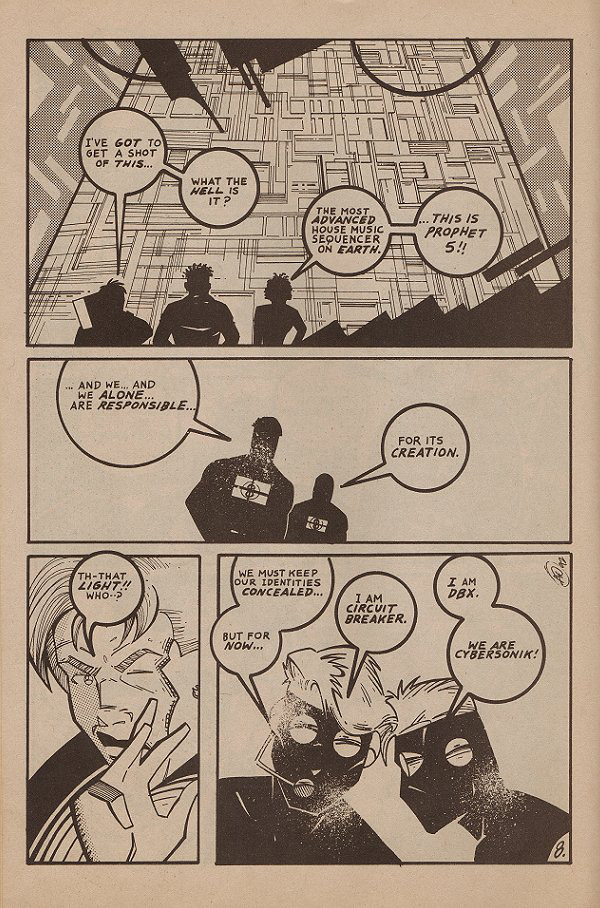 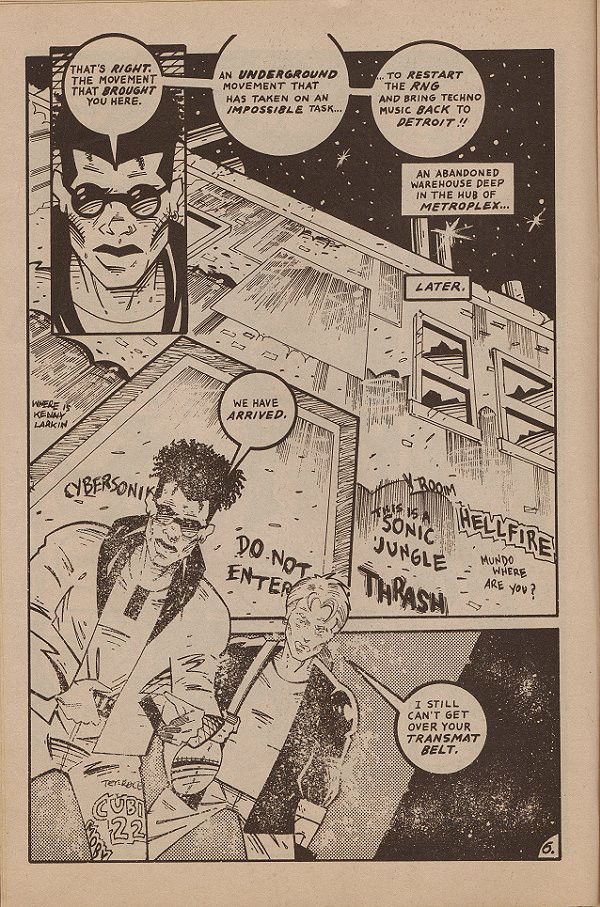 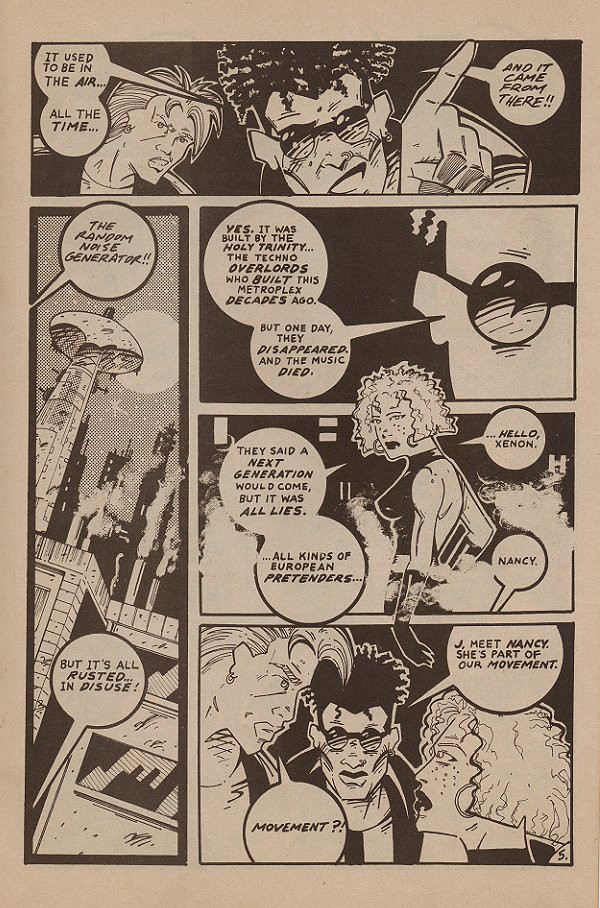 Nerdcore did the honors and scanned the whole thing, if you need some techno comic reading:

But Alan deserves credit for his music as well as his graphic art, running those careers as he does in parallel. And his latest, “Message Discipline” EP as DJ T-1000 is a welcome shot of adrenaline in the electronic releases of the fall. It’s clear, focused, aggressive but perpetually bouncy – a blast of fresh sound at a time when so many releases are overthought, over-effected, and muddled in an attempt to shroud the dancing in layers of gloom.

Direct and concise, this is the sound of someone with real confidence in the genre. It’s four perfect cuts.

That’s interesting to me in that we did get a chance to get some insight into Alan’s process, and it was very much about getting straight to that groove. So I’m not just here to shower words on this release, but partly because I imagine it might assist people trying to get to their own voice in dance music.

Grab it on Bandcamp:

More on his site: