pd knobs is a knob controller for MIDI. It’s built with Teensy with open source code – or you can get the pre-built version, with some pretty, apparently nice-feeling knobs. And here it is with the free software Pd + AUTOMATONISM – proof that you don’t need to buy Eurorack just to go modular.

And that’s relevant, actually. Laptops can be had for a few hundred bucks; this controller is reasonably inexpensive, or you could DIY it. Add Automatonism, and you have a virtually unlimited modular of your own making. I love that Eurorack is supporting builders, but I don’t think the barrier to entry for music should be a world where a single oscillator costs what a lot of people spend in a month on rent.

And, anyway, this sounds really cool. Check the demo: 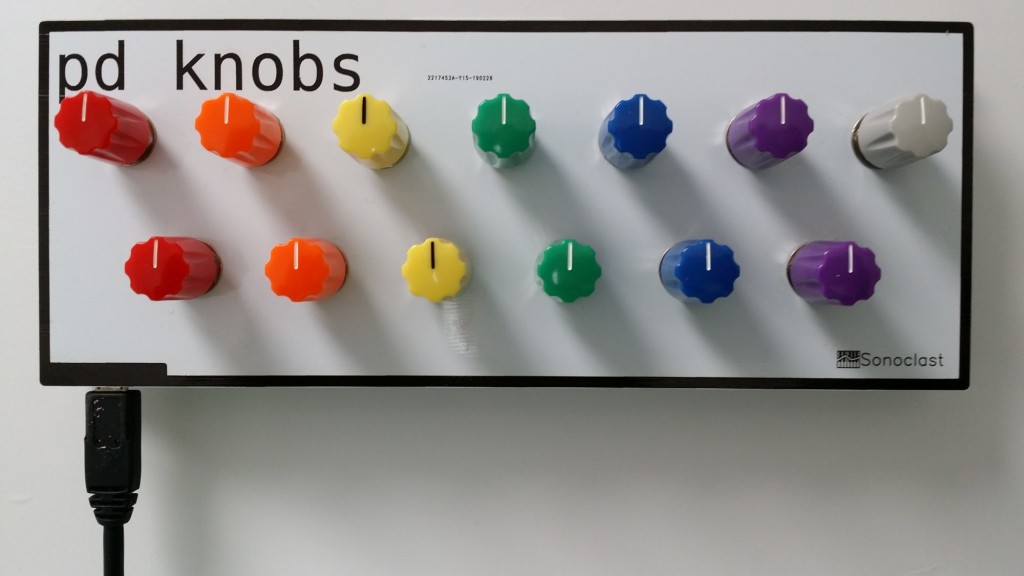 pd knobs is a 13 knob MIDI CC controller. It can control any software that recognizes MIDI CC messages, but it was obviously designed with Pure Data in mind. I created it because I wanted a knobby interface with nice feeling potentiometers that would preserve its state from session-to-session, like a hardware instrument would. MIDI output is over a USB cable.

For users of the free graphical modular Pd, there are some ready-to-use abstractions for MIDI or even audio-rate control. You can also easily remap the controllers with some simple code.

From Ukraine, a compilation to resist normality and go braindance

Linux
Roger Linn shares hidden settings and more gems from the LinnStrument
modular
Faded Instruments has a line of candy-colored 1U tools – easy modular stocking stuffers
modular
The latest 1U tool is a DJ-style innofader crossfader from intellijel
MacWindows
The best Cyber Monday deals you can get now on synths, plug-ins, and more