Surge is free, deep synth for every platform, with MPE support

Surge is a deep multi-engine digital soft synth – beloved, then lost, then brought back to life as an open source project. And now it’s in a beta that’s usable and powerful and ready on every OS.

I wrote about Surge in the fall when it first hit a free, open source release:

Vember Audio owner @Kurasu made this happen. But software just “being open sourced” often leads nowhere. In this case, Surge has a robust community around it, turning this uniquely open instrument into something you can happily use as a plug-in alongside proprietary choices.

And it really is deep: stack 3 oscillators per voice, use morphable classic or FM or ring modulation or noise engines, route through a rich filter block with feedback and every kind of variation imaginable – even more exotic notch or comb or sample & hold choices, and then add loads of modulation. There are some 12 LFOs per voice, multiple effects, a vocoder, a rotary speaker…

And there’s support for MPE (MIDI Polyphonic Expression), meaning you can use hardware from ROLI, Roger Linn, Haken, and others – I’m keen to try the Sensel Morph, perhaps with that Buchla overlay.

Now there’s also an analog mode for the envelopes, too. 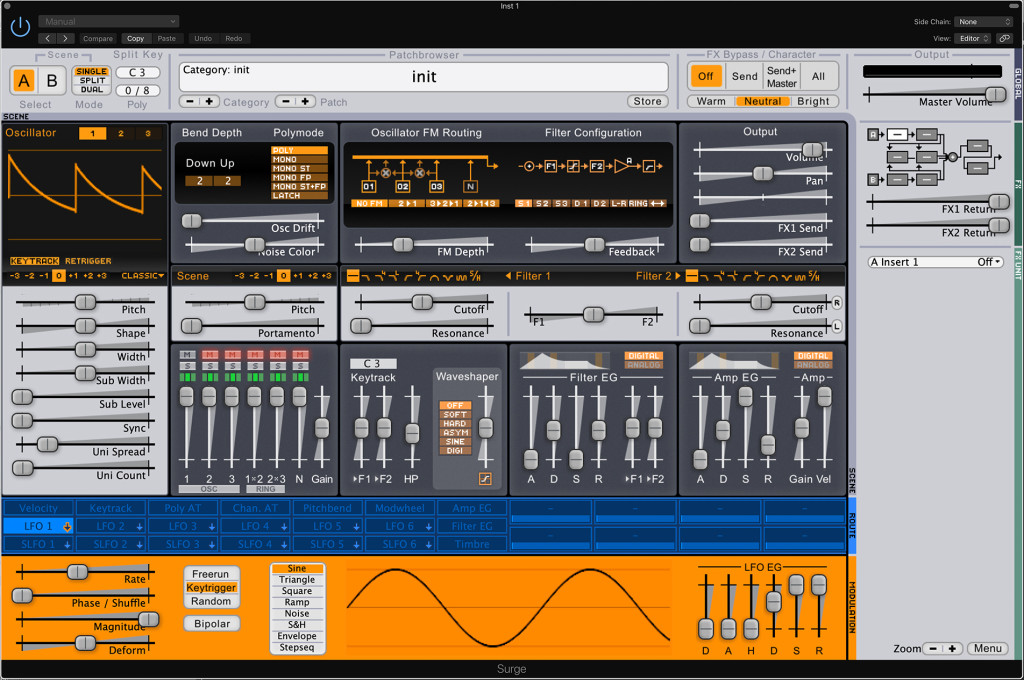 This also holds great promise for people who desire a deep synth but can’t afford expensive hardware. While Apple’s approach means backwards compatibility on macOS is limited, it’ll run on fairly modest machines – meaning this could also be an ideal starting point for building your own integrated hardware/software solution.

In fact, if you’re not much of a coder but are a designer, it looks like design is what they need most at this point. Plus you can contribute sound content, too.

Most encouraging is really that they are trying to build a whole community around this synth – not just make open source maintenance a chore, but really a shared endeavor.

Check it out now:

Powerful SURGE synth for Mac and Windows is now free