If you need a break from buttoned-up techno, dance music as business and fashion statement and morose wallpaper – take a holiday with some “trippy mindfkk-muzzikkk.” Here, we’ve got 170 tracks from 1991 Cologne to today to get utterly weird.

In 1990s Cologne, if the techno scene was spread too thin, you could just manufacture a few dozen aliases and DIY the whole thing. At least that seems to be the approach taken by our friends Air Liquide, aka Cem Oral and Ingmar Koch, and a half dozen or so core artists – a band of buddies making weirdo sounds. See the full alias list at bottom, but DJ DB (aka DB Burkeman) traced the history of the duo for the now-defunct THUMP from VICE:

DB’s No School Like the Old Skool: Air LiquideMeet the German analogue techno duo that rocked the 90s underground with a hundred different pseudonyms. 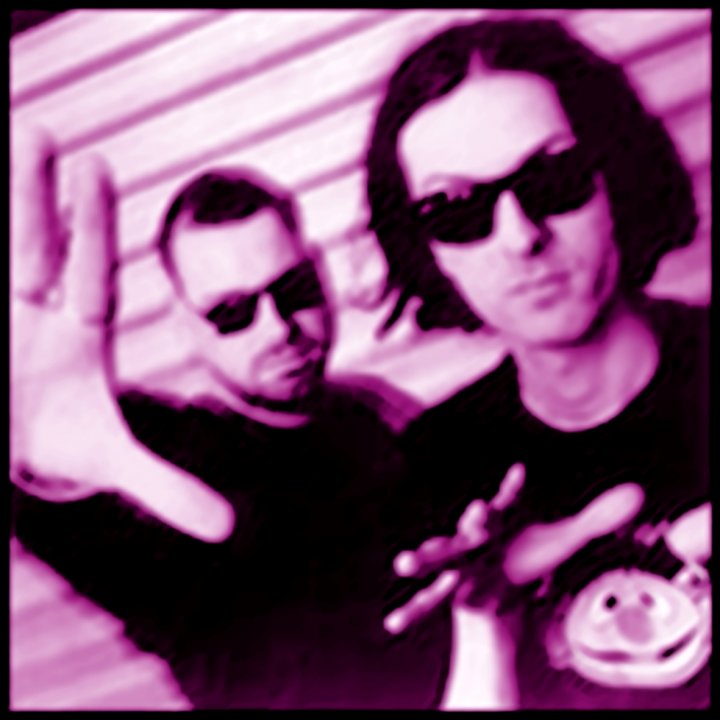 Now, just when you thought it was safe to go back to Germany, Air Liquide have returned to make European electronics mindfkked again.

We’ve got over 16 hours – 170 tracks – on streaming services like Spotify, chronicling the evolution (or whatever it was) of Air Liquide from 1991 through today. The sounds are futuristic, spacey, hyperactive, bizarre – everything in turns. You know you need some broken ultra-fast acid piping through Spotify on your next workout, of course:

It includes, for instance, tracks inspired by the TV show Robot Wars:

Or here’s a track compiled by Loveparade founder Dr. Motte:

But in addition to that history, their label Blue is back.

Maybe this comes at an ideal time. With so many records sounding like generational loss – copies of copies of 90s records, watered down and sanitized and fed through Instagram – the new Air Liquide project is both real media archaeology and real invention. You get remasters and rereleases of the actual original records, and – this is important – they’re making new stuff. 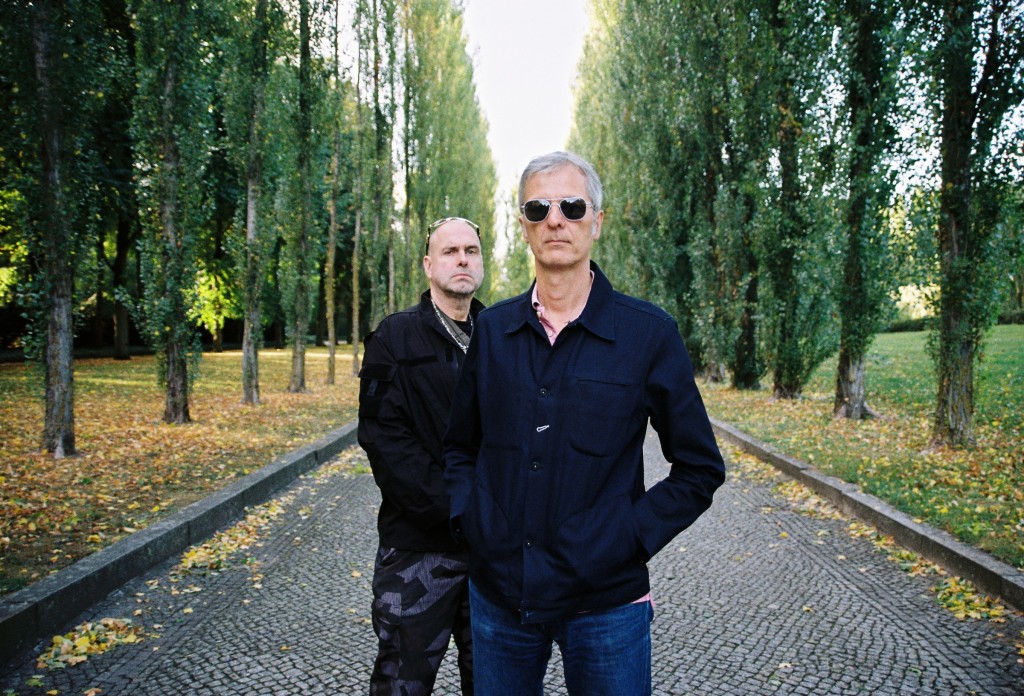 Air Liquide are back.

So albums like Liquid Air and Mercury EP are returning on colored vinyl and cheap-for-everybody digital. But you can also expect new creations, like a mini-album called “ALTR” which they’ve let CDM know they’re finishing now with German rave legend t.raumschmiere. And there’s upcoming collaboration with American poet Mary S. Applegate – yes, the cousin of Christina Applegate – later this year, along with other releases.

There’s even some unreleased 1992-93 era stuff in store, they tell us.

They’re also acting as our guides through other freaky sounds, as on this new Spotify playlist “Der lärm der stille“.

Included is “some crazy tripmusic we love – paired with some of our own brain fkk trax” – up to 94 tracks and over 8 hours so far, from around the world and the years:

One thread through all this music is a real, profound love for sound and electronics – and synths and noisemakers and effects, like, everywhere.

CDM asked for some of the duo’s favorite stuff, and here’s what they’ve come up with: 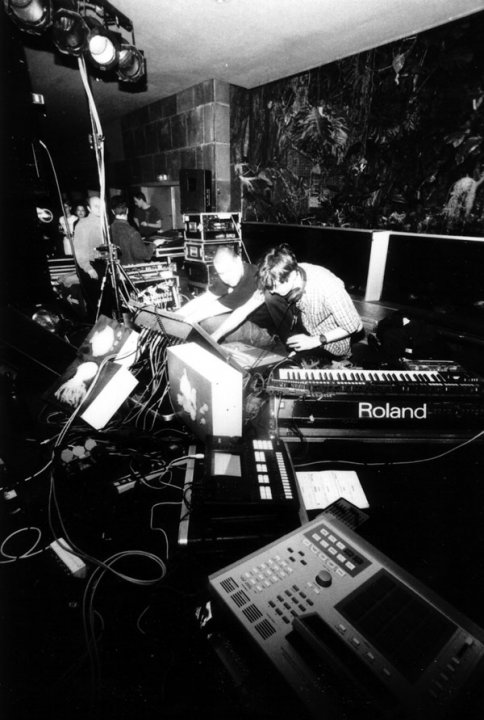 Yeah, okay, starting a sentence with “maybe you’ve heard of” with Air Liquide could take a while if you want to check on all their aliases. From the VICE report – amazingly, possibly even incomplete:

They have shared this new short bio/history with us, to give you the full story: 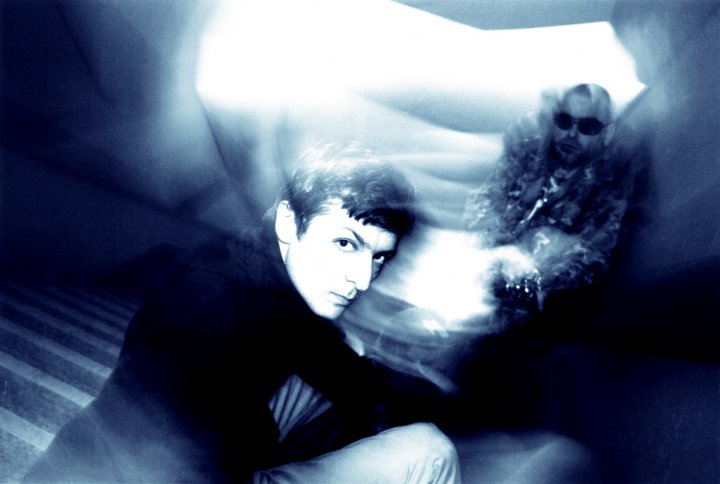 Born out of innovation & originality, Air Liquide are for many people one of contemporary electronic music cultures most pioneering, important and inspiring projects.

Cem Oral aka Jammin Unit and Ingmar Koch (Dr.Walker) first met in 1989 in a Studio in Frankfurt Main, in Germany. As it often is when like attracts like, it wasn’t long before they recognized their mutual love, not only for experimental, abstract and lo-fi musics but also for Alien, Bigfoot, Telepathy stories of Parallel Universes and Fairytales with a somewhat darker side. So it was just a matter of time before the two were getting together in the studio at the end of their respective dayshifts, to commence their own nightshift recording sessions of abstract noise, cut-ups and experimental soundscapes.

As well as Techno itself, likewise Acid, Industrial Noise, Ernste Musik, Ambient, Kraut Rock, Space-rock, 70s Psychedelia Underground Hip Hop and Musique Concrete were all somehow present and in the mix of the evolving Air Liquide sound, sitting comfortably and perfectly at home with elements of Turkish and Arabian traditional Music’s. The production process took on board a similar innovative and pioneering approach in its fusion of Modern Dub paired with the intensity of the all important groundbreaking Roland 909, 808, 303 and 101 must have technology of the day.

The fusion that was created boldly incorporated a past it was proud of, free of revivalism or plagiarism, clearly created in and reflecting undeniably a soundscape for the here and now that proclaimed uncompromisingly and assuredly, welcome to the future!

In keeping with every other aspect of their venture, Cem and Ingmar followed their intuition and instincts rather than established tradition, and immersed themselves in freestyle jam sessions, recording the entire one or two hours that they lasted. Upon later listening it would be decided if any parts of the jam session were up to the pairs criteria to be edited out and tweeked into tracks for release.
This is the paradigm within which the Air Liquide creative process birthed “Neue Frankfurter Elektronik Schule”, their first record, released in 1991 on their own label ”Blue”. The first pressing of 1000 copies, released on coloured vinyl, sold out in the first hour after its release!

This was a remarkable achievement, for an unknown band without any direct link to the House Music Scene. Via experimentation Air Liquide reintroduced a living breathing life affirming energy into contemporary music culture, much the same as techno and house did via rave and most importantly dancing. No surprise then that in a very short space of time, accolades like ‘The true heirs to Can’, ‘The Greatful Dead of Techno’ & ‘The spearhead of German Techno’ were incoming thick and fast from the International Music press. Their mixture of Hip Hop, Psyche & Krautrock, Acid & Techno endeared them to a rapidly established and increasing fan base around the Cologne area.

Their eclecticism, originality and self respect, as apparent in a seemingly “no respect for any rules” approach endeared them to that international music press, fans and professionals alike, especially as those professionals were born of the same spirit, as it had been in their own break through years. Like attracts like, the true fans of such musics, such fusions and the spaces that are created for and by these musics, of course could and can feel that, and step up to support it without question.

Then you have guests at your live jams like Michael Rother, Holger Czukay, Luke Vibert, Helmut Zerlett, Craig Anderton, Arno Steffen, Caspar Pound, Fm Einheit. Then your 100% improvised live shows successfully bring surprise, ecstasy, the unexpected and exactly all that people are wanting from you, as well in ways they are not expecting, all in a guaranteed we deliver way, regardless however it may be presented. Then you will be invited to join the roster of USA sm:)e records, the cult sub-label of Profile, that being the label of Run DMC. Likewise in UK, being asked to release on Casper Pounds all important Rising High Records.

And when your fusion of the experimental soul of contemporary electronica and krautrock creates such a superb and flawless fusion that fans from both sound spectrums love you for it, well then one of the all time forward thinking labels ever, Harvest records, will come out of retirement and re activate solely for the purpose of releasing your recordings.

Which is exactly what happened in 1993. That happens if you mean what your doing and if what you are doing is truly valid and unquestionably relevant.

Air Liquide were inspired, moulded by and arose from within that timeless borderless creative Freezone that births truly great Sound & Vision in every respect. It is where they still reside, and it is from there that they now re-emerge to mark 3 decades of living on the frontiers of International ground breaking contemporary ahead of the curve Music, Art, and attendant Technology subcultures.

Air Liquide represent the ultimate fusion of ideals, not believing the hype, not being swayed by past or present dogmas and staying true to their innermost aims and feelings, without question. The real thing if you will. Air Liquide were since their inception in 1991, always have been and still are very much the real thing, through and through!

A Buchla synth repair turned into an LSD trip, and made the evening news

artists
Watch this Kazakh pop video for the maximum weirdness of Casio’s singing robot keyboard
gear
Type in lyrics, and this keyboard sings them, as Casio returns to its Casiotone roots
artists
Head by drone to a 3000-year old ruined village for a stunning performance by Hayk Karoyi
artistsgearinspiration
Celebrate your Blue Monday with the choir sound from New Order – and Kraftwerk’s Orchestron