Apple has unveiled new MacBook Pro models. But that machine still includes the troubled T2 security chip used on all Macs from 2018 onward – and there’s no complete fix yet for the audio problems it can cause. So what should you do?

The big news last week was that Apple had a big spec bump on its top-of-range 15″ MacBook Pro – a speedy 6-core entry level, plus for the first time 8-core CPUs in the Apple notebooks. Apple even touts the ability to run more instances of plug-ins like Alchemy in Logic Pro, so they do have the music market in mind – at least as far as what they put in the press release. The 13″ MacBook Pro gets a more modest update. The Verge breaks down the changes.

These changes are unlikely to inspire PC users, who already had access to these chips. But they’re big news on the Mac side.

The thing is, while CPU and disk performance do aid audio, we’re far more reliant on stability – CPU horsepower is nice to have, but rock-solid audio performance is essential. And that’s where the Mac continues to completely unravel.

There is no reported change on the new MacBook Pro to the T2 security chipset that is the cause of these problems. It’s therefore safe to assume that they will inherit these same issues, barring a fix from Apple. 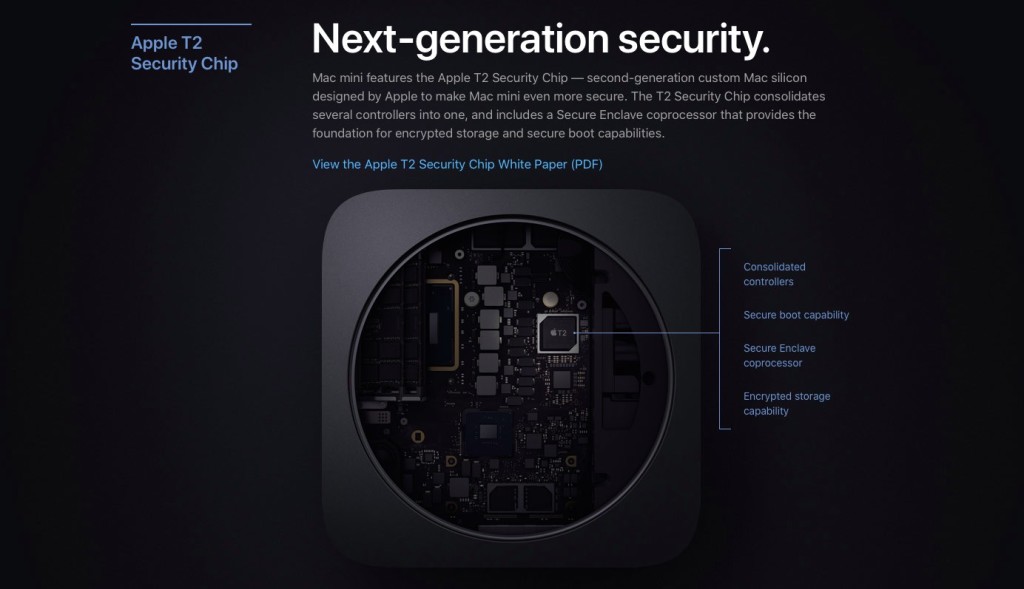 Security and audio have clashed, it seems, since the T2’s introduction across the Apple computer line in 2018.

No, it’s still (mostly) not fixed

The T2 security chip continues to wreak havoc with audio performance – and the 2019 MacBook Pro, like all Macs since a 2018 revision, continues to use it and inherit its audio stability issues.

Even after a recent OS update that “addressed” performance, we are still hearing widespread reports that the new Macs exhibit this issue. And normally when I say I’m “hearing” them, I mean people are writing to tell me about it. In the case of the T2 issues, I actually keep literally hearing it. You’ll go to a concert or festival, and listen to one MacBook Pro after another glitching with the issue. You’ll sit for a meeting and hear it going on in the background.

Given that it’s widespread but not universal, it remains unclear why some people are having the issue and others not. (Just as with any reliability issue, someone will always chime in and say “but I’m not having any trouble.” Um, good for you?) The only way to solve it for now appears to be to add a Thunderbolt hub and connect USB audio devices to that – avoiding the internal sound system or connecting USB audio interfaces directly.

Here’s the initial report from February:

But 10.14.4 for most users I’ve spoken to reduces but doesn’t fix the problem.

One workaround (and again, this is on 10.14.4) is to manually script an override:

@cdmblogs R.E. 2018 MBP glitching – I've been using this script to offload timed with SIP disabled and not had any problems with glitching since: sudo launchctl unload /System/Library/LaunchDaemons/com.apple.timed.plist 🙂

Long-time Mac site TidBITS has a great breakdown of the T2 – first, why anyone would want it in the first place (basically, security trumps audio reliability for some use cases), but also generally its ups and downs. Duncan also notes that some of the workarounds (like this script) disable essential system integrity protection (that’s what “SIP disabled” is about in the above Tweet). And he verifies that mileage varies as far as 10.14.4:

Some audio developers (like Germany’s RME) have reported improvements with USB audio, but my limited testing with a T2-equipped MacBook Pro found no discernible improvement using 10.14.4 with USB or Thunderbolt audio devices.

What Does the T2 Chip Mean for Mac Usage? [TidBITS]

See also the German-language reports on those audio improvements.

That report is from the beginning of April. Now, hopefully there’s some inbound macOS update that makes all of this go away, but for now that would fall under speculation only. 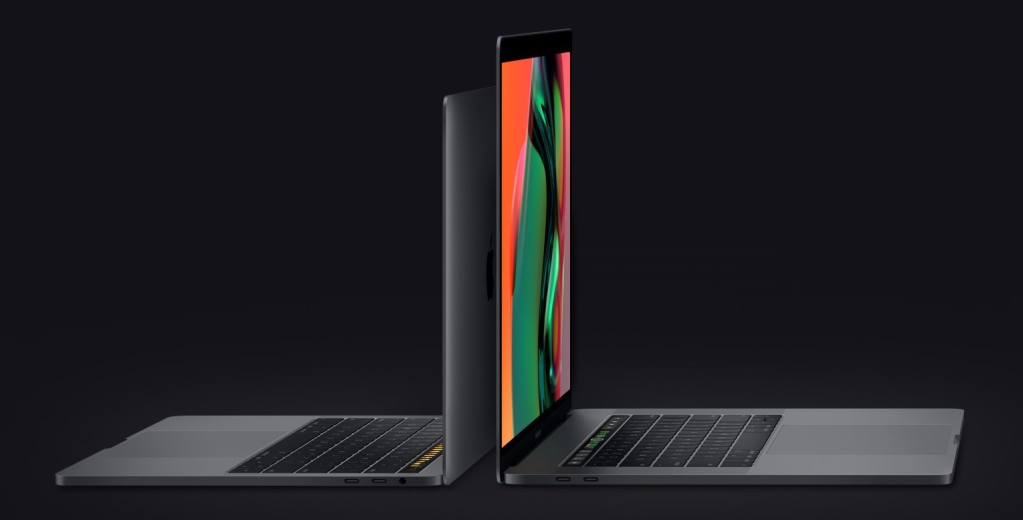 What works / what doesn’t / workaround

Updated: this section was added later to clarify questions raised by readers.

Individually, RME claims to have resolved the problem (and RME owners report the same). We initially heard positive feedback from MOTU, as well.

However, there’s no clear pattern to which USB devices are impacted. The only way to be absolutely certain is to connect USB audio devices to a Thunderbolt hub – not a USB-C hub, but a device that actually uses the Thunderbolt 3 connection (and therefore a different bus). That’s doubly confusing because some of the Apple machines’ USB-C connectors are used both for Thunderbolt 3 and USB 1/2/3 connections. You need a Thunderbolt 3 port (which looks the same), and it needs to have an actual Thunderbolt 3 device.

Thunderbolt audio interfaces will also work, by the same token.

Internal audio (via speakers and headphone jack) can also be impacted.

Bottom line: if you’re willing to invest in Thunderbolt adapters or dedicated interfaces, you can safely ignore this particular issue. Everyone else will be taking some chances.

What about that keyboard?

The other lingering concern is quality on the MacBook Pro keyboard (to say nothing of the investment in adapters – which now also mandates a Thunderbolt hub for use with USB audio to get around this issue).

iFixIt did a teardown and found some minor changes. But the design itself remains fundamentally unchanged. That means the same keyboard feel that a lot of users didn’t like, and at worst, possibly ongoing reliability problems.

So what should you do if you’re due for an upgrade?

Obviously, if you’ve got an old Mac and you’re happy – nothing to see here.

But if you’re ready for an update, it’s another story. And with lots of cool software modular and soft synths out there taxing the CPU, it may well be you’re eyeing a new model.

I don’t recommend buying new Apple hardware – full stop. Here are the T2 models to avoid, at least until we see an OS update that we can verify totally solves the issue, not just for limited use cases:

Does your Mac have Apple T2 security chip? Here’s how to find out! [iDownloadBlog]

First, a lot of you of course want or need a Mac, whether it’s to run exclusive software from Apple like Logic, do iOS and macOS development, use Mac-specific plug-ins, or just because you prefer the OS.

If you want the latest model Macs – and maybe you’re okay with that keyboard – 2017 Macs remain an option. You can get those with or without the TouchBar.

That’s what our friend Artemiy of Sinevibes did. And that means a machine that’s got an improved display and faster innards versus previous models:

These fourth generation models still have other compromises. They still have the ultra-thin keyboards which are prone to failure – the 2017 revision most so. And they still have USB-C ports only, which is a pain. Plus you’re limited to AMD GPUs, which means no ability to take advantage of NVIDIA-specific optimizations ranging from Adobe software to more rarified use cases like machine learning tools.

So that means for many users the third-generation Retina models – old as they are – are still a sweet spot. The 13″ has a smaller, lower-quality display and is frankly underpowered (lacking a solid dedicated GPU and saddled with a slower CPU). So probably we’re talking the 15″ MacBook Pro Retina, around late 2013 revision or later. (2013 improved the CPUs and added various spec improvements.)

Your best bet: go 15″, max out the memory at 16GB, max out the storage. And this can in fact be a great bargain buy used or refurbished. 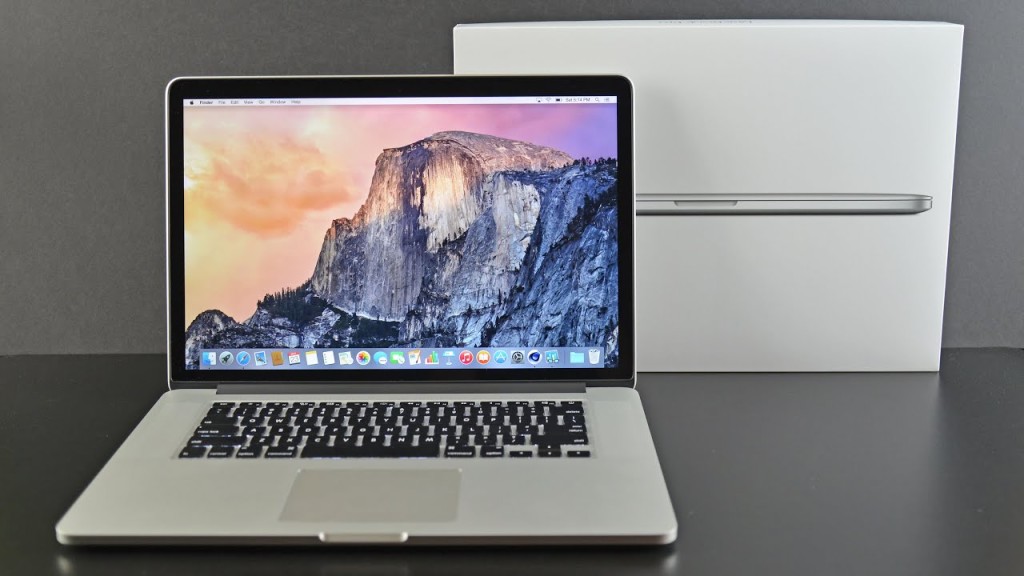 Some users are going back to the future, with 2013-2015 15″ MacBooks Pro. More ports, more comfortable (less failure-prone) keyboard, and no T2 audio glitches, plus still-reasonable specs – including NVIDIA GPUs.

The other route: don’t fear the PC. Windows 10 is vastly improved over past versions. Speaking as someone who routinely juggles a Mac and Windows machine – like, literally I carry the MacBook Pro as a backup in case my PC dies when I’m on tour playing live – most of the differences are transparent, especially with software developed and tested across platforms. What you will notice on the PC is superior specs at a lower price for the spec, greater choice, more ports and fewer adapters (depending on which machine you buy), and superior GPUs. It’s also easier in my experience getting Linux running on the PC, which is great for open source tools and stuff like VCV Rack, Renoise, and Bitwig Studio.

Run-of-the-mill PCs can still be hit or miss. There are specialized vendors who configure and test just for pro audio/music/live visual applications, though – which means a level of interest that you aren’t getting from, well, Apple. Schenker just wrote me with their products, which look solid and offer European shipping and support (some other vendors I’ve mentioned are US based).

I don’t mean to wade directly into the Mac vs PC fray – I’ve used Mac, Windows, and Linux on rotation for at least a decade and a half and Microsoft and Apple operating systems since the 1980s. I just think there’s a lot of sort of irrational fear and misunderstanding of Windows from corners of the music community. And, ironically, Mac users should get this – you’ve seen it from the other direction.

But whether you switch to a nicely optimized vintage 2013 Mac or get a new PC, the last thing I’d want to see is people suffering through an overpriced Mac laptop with a keyboard you hate and uncontrollable sound glitches. If you’re lucky enough to have the new machines without that, I salute you. But too many people are unhappy with these computers. And I still love computers for making music, so I hate to see that.

Ableton Live 10.1 is out now; here are the first things you should try