Vid of the Week: Muse's Mixed-Up Mashed-Up Knights of Cydonia Candidate to Save Music Videos?

Director Joseph Kahn lives in one crazy world. It’s a world in which sci-fi, comics, pop culture, and movies implode on one another into an insanely mashed-up mixup of media, delivered with a strong dose of digital effects. (Holy metaculture, Batman!) If anyone could save music videos, Kahn is your man. 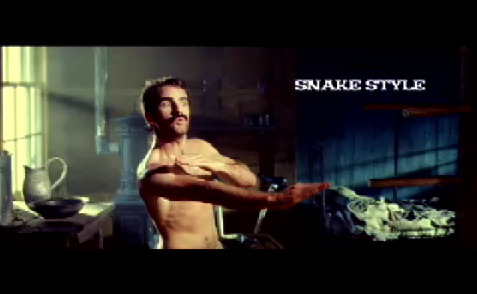 Previous outings by Kahn included directing the Toxic video that actually made Britney Spears incredibly cool (no mean feat, though choreographing a dance through a tube of lasers helps), and the Without Me video that admitted Dr. Dre is far more awesome than Eminem. (Dre, supposedly as Batman but looking a bit more like Shaft, seems genuinely bemused by the spaz that is Eminem as bat-sidekick Robin. And, really, haven’t you always wanted to watch a giant pink rabbit beat the crap out of Moby?) At other times, Kahn directs like a VJ, remixing old kung-fu classics for Chemical Brothers. But the new Muse video is probably his most virtuostic yet.

Sure, it’s eye candy, but it’s delicious. At age 34, this guy is further proof that the really cool people all drop out of NYU. Everyone together now: KAAAAAAAAAAAAAHN!!!!

Got a suggestion for the video inspiration of the week, to help us lighten up, face our Cinema Displays (or, erm, CRT tubes) and get to work? Don’t be shy: shout out hi.

Say Anything … On Our Forums