Boot Camp Video Out on Leopard: Fixed on MacBook Pro, Not MacBook? 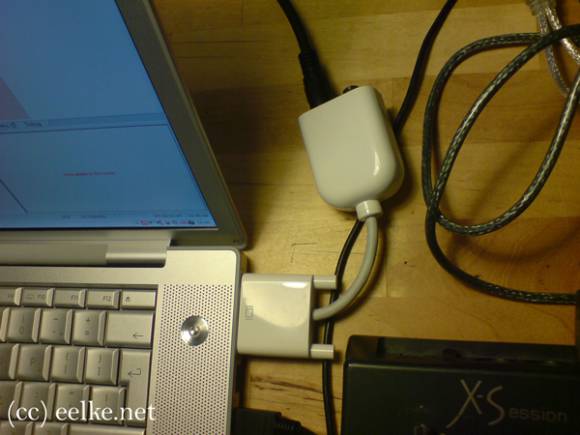 Via comments, Eelke (whose system is shown above) alerts us that previous video output problems running Windows in Boot Camp appear to be solved in Leopard — at least using the MacBook Pro. (Phew — get all that?)

After the initial booting XP logo which we had all the time, I suddely saw my desktop cloned on the small screen. All I had to do is go to desktop>preferences to extend windows to the secondary monitor, and it worked.
After that I used ATI Catalyst control center to set the screen (now recognized as a TV!) to run in overscan, no problem at all, even during live rendering (with visualjockey).

A sad side-note however is that regular macbooks with Intel videochips and mini-dvi adapters still don’t seem to work properly under XP. Maybe under Vista, who knows?

Okay, anyone tested MacBooks (non-Pro) on Leopard? Is there a way to make this work?

Certainly, booting the Mac side for Quartz Composer, Final Cut, Motion, VDMX, then switching to Windows for Resolume, vvvv, games, etc. has some serious appeal as a visualist dream setup. (Overkill? Sure. But a lot better than juggling machines or being forced into the OS by the hardware.)

What Are Your Favorite Windows-Only Visualist Tools?