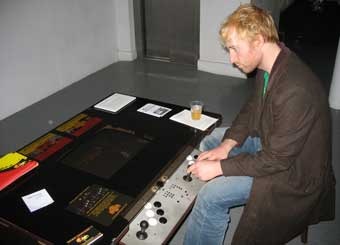 Guitar Hero? We want VJ Hero. And the AV Arcade Table, now part of the Boredbrands Digital Funfair, is exactly what you’d want it to be like.

It’s got the hardware — a DIY, cocktail-style arcade table, just the like the one you spent playing Ms. Pac-Man on, slightly drunk.

It’s got the software — a Windows PC running VJAMM.

And it’s got the content — Guitar Hero and Rock Band have rock classics, so this has some classic clips from VJs.

The AV Arcade Table is a simple hybrid, a table top arcade cabinet that has been converted to run Vjamm, the best Audio Visual VJ Software by miles! Using the joystick and buttons 2 people can trigger audio visual samples and create beautiful collaborative audio visual collage/ a chaotic mess** (delete as appropriate!). 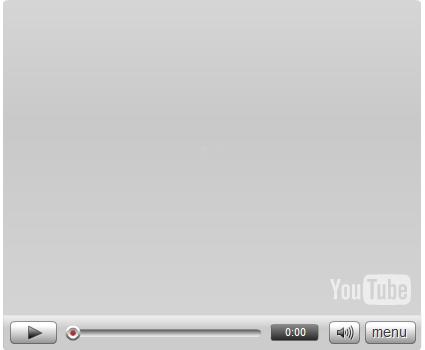 Incidentally, reasons to give some props to VJAMM, even in this overcrowded world of VJ apps, and even though everyone went out and bought MacBook Pros last week, it seems:

Thanks to Gav for the tip — great work, mate! And to all readers of CDM: go for the shameless plugs. There’s no shame in it. We love to see the cool stuff you’re doing.

Skullphone on LA's Digital Billboards – Rental, So Save Those Pennies

VJ
EboSuite 2.0 hands-on: live video recording and more makes VJing feel native in Ableton Live
Hardware
The Oberheim OB-X8 is a beast – here are more sounds from it, straight-up
Windows
The best way to integrate Ableton Live and Eurorack modular – for any rig
Hardware
MIDI Polyphonic Expression has been updated with one powerful feature: better documentation