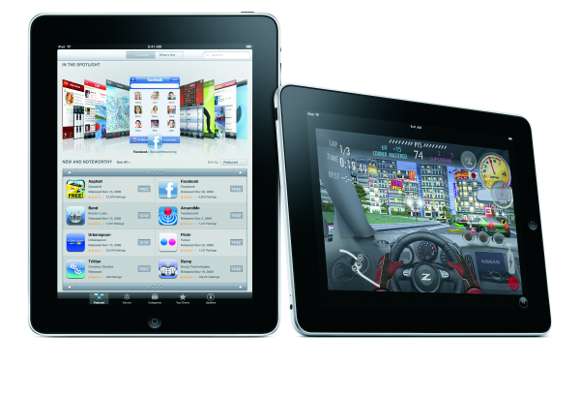 I’ve already expressed my personal disappointment (though not surprise) with Apple’s direction on the iPad, on Create Digital Music. Having gotten that out of my system, however, you can expect remaining iPad coverage on CDM to stick to the facts – and, as always, to track the way people use technology.

On the specs side, though, there’s not much good news to report. Some of the facts remain unclear, so expect more details to emerge over time. Here’s what we know so far:

How does this compare to the competition?

Apple compared the iPad to a netbook – in fact, suggesting an iPad is better than a netbook. However, for visualists, there’s no comparison. Many netbooks offer at least basic high-resolution graphics, and increasingly not only basic video playback and VGA out, but full-HD output. You can buy a full-blown laptop for $500. It’ll be an uglier, less elegant solution, but it will be demonstrably more capable.

Looking at the mobile arena, even the Zune HD offers 720p HDMI output, provided you connect it to an overpriced dock. Unfortunately, if you’re imagining building a live VJ app, you’d better go talk to Microsoft: the company has provided a (slightly limited version of) its XNA developer tools, but they seem unwilling to actually publish applications in any volume.

The Android is comparatively more open than the iPhone, but I can point to some of the same restrictions in the Android developer tools. Android needs device support (which could embrace existing standards rather than reinvent the wheel or introduce weird new dock connectors), and it needs video output. It’ll be interesting to see if Google delivers any of those features now that tablets and slates are running the Android OS and not just phones.

For everything else, of course, there’s Windows and Linux – and Mac OS – and once you get in that category, there’s no comparison.

This is for video output only, and the dream I know at least some visualists had of carrying an iPad to a gig and using it as a video source. As a controller, it’s a whole other ballgame, and this means the ability to use a nearly 10″ multitouch display with applications like TouchOSC, making a $500+ controller. The question there is, will you be able to buy similar alternatives running other operating systems – and how will your options compare? Expect more on that question in coming weeks, unless all of this bores you to tears and you want to get back to your PC / MacBook Pro, in which case, we’ll entertain that, too.

Updated: might a future SDK add video support? Note that at least some of my technical criticisms could be theoretically addressed by an updated SDK. Specifically, the issue of whether third party apps can support video remains unconfirmed, but now multiple sources tell me external display is possible. That leaves some details yet to resolve – like whether you can run the iPad display and external display at the same time, and how much can be on each – but signs are generally positive. (Realize that all of this is covered by Apple’s NDA. I haven’t seen the documentation, myself.)

The only thing that can be said with any certainty is that this feature would depend on a future SDK, and we won’t know all the specifics until someone buys a device. So, don’t buy a device if this matters – erm, unless you want to buy one and tell the rest of us. (Think the Apple Store will be down with us playing with Xcode on a display model?)

If there is video support, it’ll be limited to VGA, of course, until Apple changes what is possible with the hardware.