The Wobbulator from blair neal on Vimeo.

Analog signal in video, as in sound, is a medium all its own – as we saw last week with the gorgeous LZX Industries modules (more on those soon, too).

Here are more examples, both sent by reader Blair Neal.

The Wobbulator has its own special place in history as a video processor, the product of a collaboration between video artist legend Nam June Paik and video engineer Shuya Abe (a legend of sorts himself).

The technique, while inherently analog, could certainly inspire digital processes. I find it unfortunate that there hasn’t been a more systematic history of this kind of gear, but in this case, at least, the folks at the Experimental TV Center who provide this gear to modern artists also have a detailed paper, complete with diagrams should you wish to try some circuit-making yourself:

A raster manipulation unit or ‘wobbulator’ is a prepared television which permits a wide variety of treatments to be performed on video images; this is accomplished by the addition of extra yokes to a conventional black and white receiver and by the application of signals derived from audio or function generators on the yokes … The distortions performed on the image result from the actions of audio signals on the yokes.

Nor is video processing simply a historical phenomenon; while it hasn’t had the same pace as analog sound, analog video is making a comeback. Dave Jones, a Dave Smith or Bob Moog of the 70s analog video movement, is himself reviving this gear decades later. His MVIP is a standalone video processing module; since it does work just fine on its own, it can be a drop-in video module for a Doepfer or other Eurorack audio module. (Yes, that’s right, audio kids – just in case your modular habit has left you with any cash left whatsoever, now you can add video to it!) 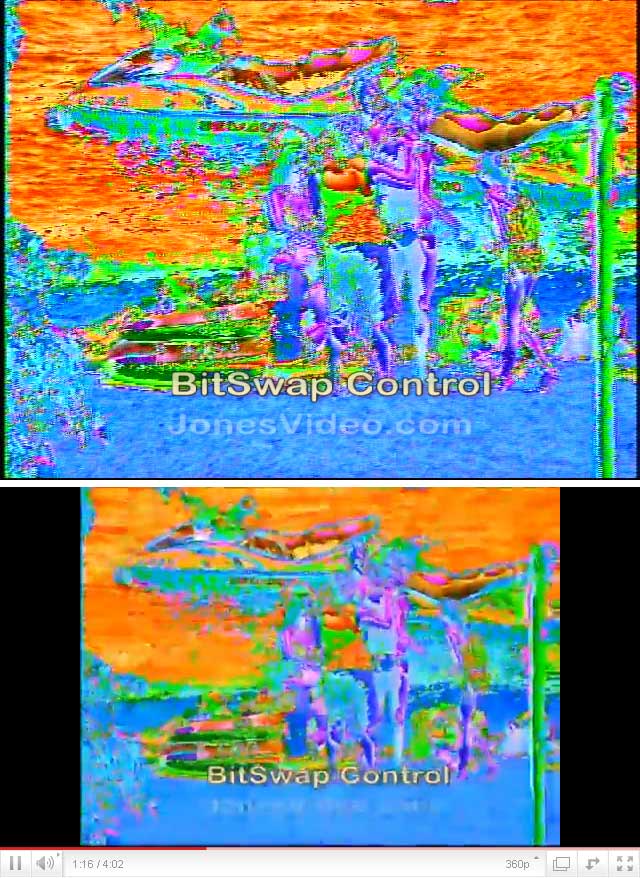 I find it strangely poetic that YouTube can’t capture what it looks like. Maybe that’s a good thing.
MVIP Mini Video Image Processor

Jones is also working on a new modular video system, too. Moog, Smith, Buchla, Linn … Jones. Works for me.

New name of this site: Create Digital Motion, or Not. Joking aside, in all seriousness, I think you can only appreciate what digital is as a medium if you can appreciate what it isn’t, and that you can only exploit it fully if you understand the potential of analog ways of thinking, too.

artists
Weekend mood – Gabber Modus Operandi
analogmodular
Erica’s Matrix Mixer means analog performance without re-patching cables
artists
Escape to an abandoned Atlantic island sanatorium with the grooves of SønDER x Szlag
artists
Beirut 20/21 presents a music production scene in its own image, with Khyam Allami
We use cookies and other tracking technologies to improve your browsing experience on our site, show personalized content and targeted ads, analyze site traffic, and understand where our audience is coming from. By choosing I Accept, you consent to our use of cookies and other tracking technologies. Please read our Privacy Policy.