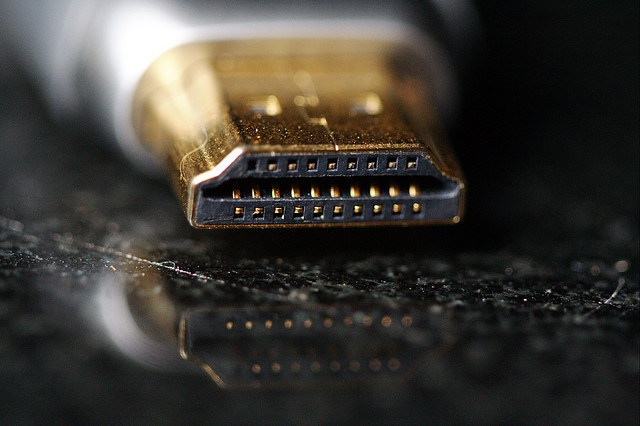 Ed.: Create Digital Motion contributor Anton Marini reports from NAB, the broadcast gear show this week. While “broadcast” had traditionally been the emphasis, this is 2011 – and a lot of what’s on offer could transform live visuals and design. From tablets manipulating Photoshop to new hardware, it’s getting interesting. And 2011 might finally be the year of live HD capture and mixing. HDMI mixer, anyone?

NAB 2011 is just getting started, and already, it looks like 2011 could bring useful and affordable solutions for the live visualist on the go. Early highlights:

Blackmagic’s ATEM switchers include a new $995 4x HDMI mixer (the “ATEM Television Studio”) which includes Luma Key, Chroma Key and transitions. We’ve spoken a lot at CDM about DVI mixing possibilities, DIY and otherwise, but this looks to be the first unit to really pose an affordable HD alternative to the veritable Edirol V4 mixer. The ATEM switcher include a 2G image store that can even support clip storage and playback for custom transitions and effects. The only gotcha we can see so far is that the switcher currently is controlled via a software interface, and a dedicated hardware solution from Blackmagic is going to set you back around $5000. This is something we are very interested in learning more about, though. If custom software front ends could be made tailor-fit for live VJ’ing purposes, we’d be very very happy. Give us MIDI and OSC control… 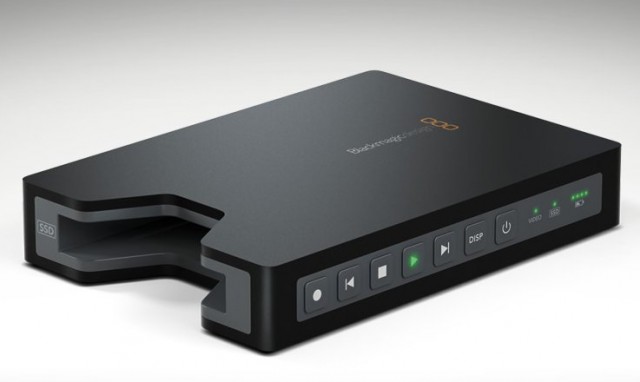 The ATEM switchers also purport to allow USB 3.0-based capture on a Windows-based computer. If that doesn’t suite your workflow, Blackmagic has you covered with its Hyperdeck Shuttle, a removable, SSD-based HD-SDI and HDMI recorder that captures to uncompressed QuickTime media. The Hyperdeck goes for $349 (SSD-based media not included), but that’s a steal. Considering the Hyperdeck has passthrough HDMI (one in, one out), you can inline it out of your laptop or DVI mixer  (Use a DVI to HDMI converter) to record perfect-fidelity captures of your performance. This looks to be a must-have, and is inherently cross-platform, as its an external capture solution. Ed.: Check those details – you can actually charge up the battery and use this as a standalone solution. See also the tech specs. When you want to connect to a computer, it uses USB 2.0, so you’d be able to read it from any OS depending on how you format the drive – the one detail I couldn’t find. -PK

Some questions remain, such as whether this device, like other Blackmagic Design products, is limited to capturing only at broadcast video resolutions and formats (ie, 1080p/1080i/720p/480p, but not say, 1280×1024,1024×768, etc). Ed.: sure enough, those other resolutions are missing. We also need confirmation it will handle an HDMI RGB format input, rather than the HDMI YUV format commonly used in the video world. If it remotely resembles Blackmagic’s Intensity line, which we suspect it will, RGB input from a DVI source will be fine, as long as you output to a real video standard (1080/720/480). We’ll let you know when we get confirmation. 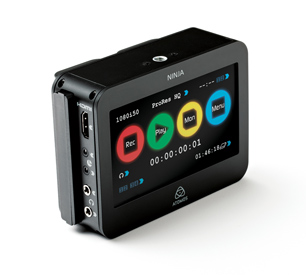 Similar to the Hyperdeck, Atomos’ The Ninja is an HDMI-capture solution that leverages Apple’s ProRes codec to allow capture on low-cost, platter-based hard drives. Like the Hyperdeck, the Ninja allows for field recording via its battery pack, meaning you can record untethered. Meant to work in close concert with DLSRs like the Cannon 5D MKII or 7D, the Ninjas HDMI input may serve a second purpose in facilitating set capture for live visualists. The Ninja has been shipping for a short while now, and has an MSRP of  $995. 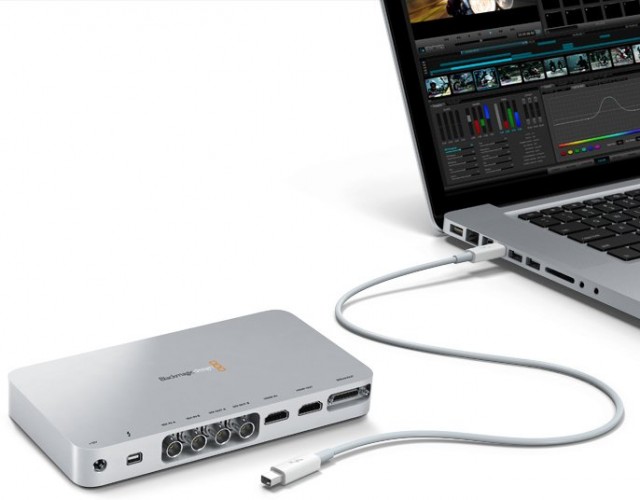 Black Magic unveiled its UltraStudio 3D, Thunderbolt-based HDMI and HD-SDI capture, allowing for HD, 2K, and 3D discrete input capture in the field or on set. The Ultrastudio retails for $995.

Overview of the product line, with specs:
http://www.matrox.com/video/en/products/mac/mxo2_family/ [links to the PC versions, too]

AJA, not to be left out in the cold, previewed its new hardware lineup devices, codenamed Riker and Phaser. Riker supports everything from SD to 5K (yes, that is not a typo. 5K capture indeed) It is not clear if Riker is a standalone PCI card, or is compatible with Thunderbolt devices. Phaser seems to be an update of its existing AJA IO Express with added Thunderbolt connectivity (earlier versions leveraged a internal PCI card for desktops or Expresscard on laptops). No MSRP or release data for Riker and Phaser just yet. Aja has a complete press release for more information:

Thanks to Scott Simmons’ Editblog for on-the-floor coverage.

Editor’s warning: the following video contains Adobe reps and the word “ideation,” which sets my teeth on edge. But the content is super cool, at least. -PK

Adobe has some updates to its venerable Creative Suite, bringing the version to 5.5, with some interesting new twists. 5.5 brings external iPad support via plugins. Wait, what you ask? CS 5.5 has a new Photoshop Touch Software Development Kit that allows developers to write applications for iOS, Andriod and Blackberry devices to drive and interact with the desktop Photoshop application. This could be amazingly cool as a performance device, for multi-user installations, or just plain old drawing and painting fun. I, for one, am very curious what developers do with this. I suspect we will see a lot of amazing work done with this. Ed.: I can sum it up in three words – Poor. Man’s. Cintiq.

Details on Adobe’s efforts and their own iOS apps:
http://www.adobe.com/devnet/photoshop.html 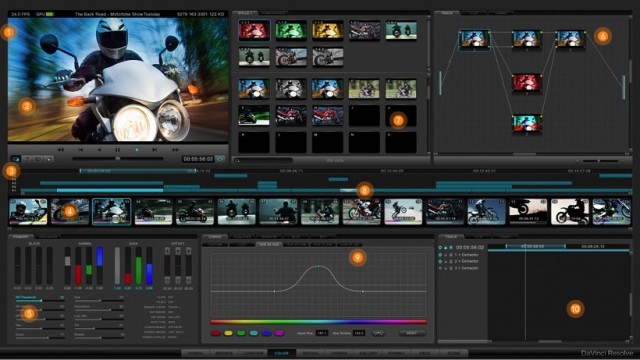 Blackmagic is at it again, releasing a free version of the industry leading color grading and correction tool DaVinci Resolve. DaVinci Resolve Lite is limited to SD and HD resolutions, 2 correction nodes, and leveraging a single GPU. Ed.: So, in other words, it’s about exactly what most of us mortals actually need, and free. -PK Previously Windows-only, DaVinci is now available for Mac and even Linux.

A Record Player Made from Paper, as the FlexiDisc Lives; Thanks Be to Pythagoras

Game Meets Album: Behind the Music and Design of the iPad Indie Blockbuster Swords & Sworcery