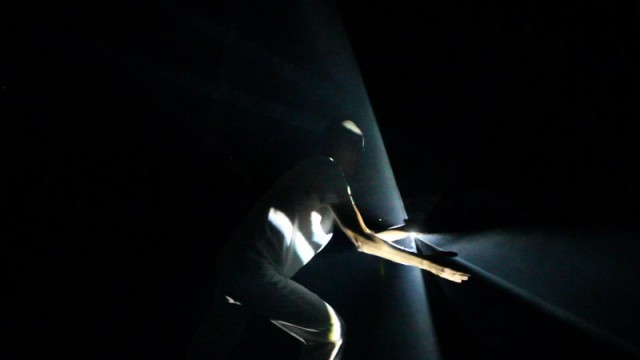 Working in 3D light projection, Dieter Vandoren has created a project that makes visual shapes and sounds from particles. Bodies interrupt beams of light, fused with audio and image via Kinect-powered tracking.

The goal, says its maker: a “spatial hyperinstrument.” (Hey, you know you’ve always wanted one of those, right?)

Integration.03 at Open Dans festival 2011 from Dieter Vandoren on Vimeo.

Here’s how Dieter describes it to CDM:

Technically speaking I’m using 2 Kinects for 360° tracking, MaxMSPJitter and SimpleOpenNI in Processing. I use skeleton tracking to interact with the parameters of the virtual particle system driving both the visuals and sound. For example to steer the forces acting on the particles. I ‘d like to make a video item on the technology involved but that will have to wait till I get back from holidays in early august. 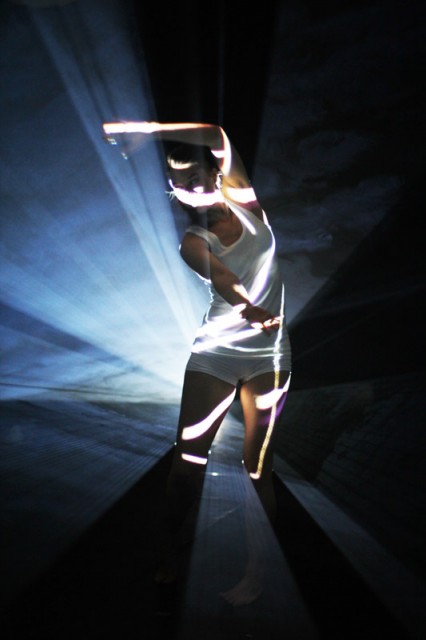 More documentation at his site. If you have specific technical questions, ask them here and we’ll follow up!

Track Master Makes Your Trackpad a MIDI Controller; A Must-Download for Mac