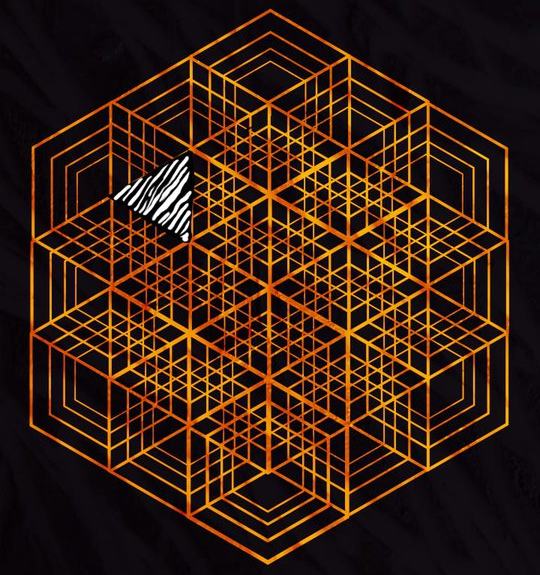 Ed.: Create Digital Motion is now five years old, and we hear more than ever from a community that wants to see more in-depth coverage of visuals for music, interactive visuals, and live performance visuals and VJing. I couldn’t be more excited to begin to introduce some new voices to make that happen on this site; I think it’s our responsibility to all the talented folks in our community to see that vision out. Annapurna Kumar is coming onboard as a contributor and editorial advisor, and as a young artist just coming on the scene, she’s already got a portfolio of work I really enjoy. She’s going to be talking both about the scene in general and some of her own experience as a practitioner, working with the likes of Flying Lotus’ Brainfeeder label. After some considerable urging, I convinced her to first introduce us to who she is, so she isn’t just a disembodied voice, and to show us a little bit of her current work. If you have things you’d like to see Annapurna (or CDM) cover, don’t be shy. -PK

Hey, I’m Annapurna, and I’m joining the CDMotion community as a regular blogger. Here’s a little about me:

I’m an animator and VJ. My current focus is working with the bands Ryat and Pretzlcoat to create and perform all of their live show projections. I also do freelance animation, videography, and grip work.

I decided to write for CDM because I do a ton of research in pursuit of inspiration, and figured that I might as well share it. Coming from a lifelong interest in drawing, I hope to add coverage to gallery artists and others who emphasize process and the presence of the maker’s hand.

Above: a video of Ryat and I performing “Nose Art”, a Flying Lotus cover [as featured on Brainfeeder’s blog. I’m running Modul8 on a Macbook Pro with a UC-33 midi controller and a lot of keyboard mapping. As may be evident, I mainly work with abstract geometry, and am constantly searching for creative methods of synchronization. (P.S. – Ryat’s next album will be released on FlyLo’s label, Brainfeeder.)

“Candy,” video at top, is a collaboration in which I wrote a “visual score” in After Effects and had it translated it into a sonic one. This animation was selected to be screened at the Punto y Raya Festival despite being only 28 seconds long. Go figure. [In case you don’t know enough Spanish to figure it out, Punto y Raya is very literally, and delightfully, a “festival of the dot and line” — our kind of thinking! It’s November 3-6 in Madrid, though past versions have also toured to places like Carnegie Mellon in Pittsburgh. -PK]

I’m currently working on an animated catalog of the graffiti of Richmond, Virginia for 1708 Gallery [see video below], as well as some new loops for an upcoming tour with Ryat and Pretzlcoat [pictured in still images].

I’ve got a few articles in the works already. Expect to see some artist interviews, a reader’s poll on midi controllers, and an ongoing review series about motion-based grad school programs. Feel free to send any and all suggestions to CDM’s contact form, marked to my attention. I’m excited to help expand this community and to learn from the expertise of everyone already involved.