We’re living in an age of the Neo-Baroque/Neo-Rococo, in which technique creates marvelous illusions, when technique and thought can create dazzling effects. And as the technology matures, that work begins to evolve genuine playfulness. It’s not enough to see the novelty: that novelty is now conveyed through real wit.

At least, I feel fuzzy, optimistic thoughts like that when I look at work like a series of spots for the Sony PS3. Friend-of-the-site Memo Atken is involved, alongside FND and Flat-e, with the wonder, mixing real-time projection mapping with head tracking and camera tracking (both at once) for a sort of live match-moving-like effect.

But… well, just watch. I hope we’ll get to talk to Memo, Flat-e, and FND soon. Credits and a teaser description of how it was done below.

And consider this: the combination of sensing with projection is to live digital visuals what a technique like perspective was to painting centuries ago. It’s a calculated illusion, but it could be the basis for an entire body of work, both a marvel in itself and a springboard to new art. 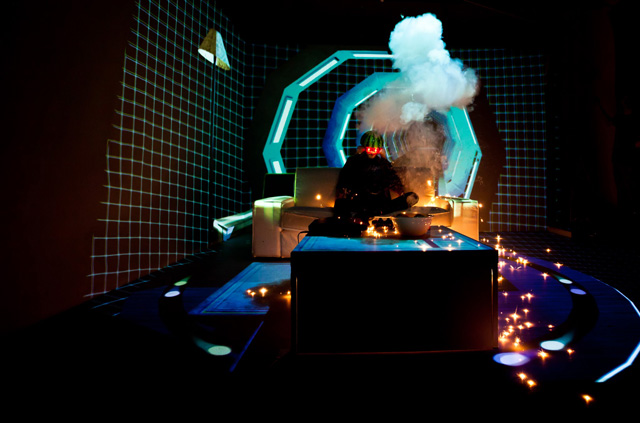 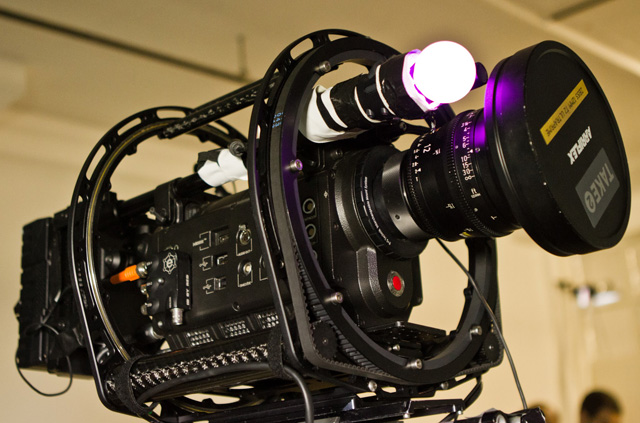 For the launch of the Sony PlayStation Video Store, our job was to bring a living room alive with hints at various hollywood blockbuster franchises – so we decided to push projection mapping to a new level. We projection mapped a living room space with camera (or head) tracking and dynamic perspective. All content realtime 3D, camera (or head) is tracked to match and update the 3D perspective in realtime to the viewers point of view. Add to this real props, live puppetry, interaction between the virtual and physical worlds, a little bit of pyrotechnics and a lot of late nights. I can tell you, physically walking around in that space really messes with your head, e.g. when the floor drops you reach out to grab onto something!.

Thanks, Steve Nalepa and David Lublin.