Voltage into Generative Pixels, and Other Lo-Fi, Recycled Art

The group works both in sounds and image, so here I’ll echo what I say there in visual form. (I feel, far from conflicted, that I’ve done my job if I find things that fit into both sites.)

Benjamin Galoun [aka Recyclism] makes work that, of all of these, is perhaps the most elemental. It’s just voltage applied to a screen, but in the mechanical preparation resembles nothing so nearly as a music box, “playing” generative pixels.

AbstracTris is a LoTech generative pixel art device. The pixels are directly controlled by applying voltage to the side pins of the GameBoy LCD screen.

Other works, too, played with low fidelity, downsampling and upcycling, direct application of voltage and circuit bending, and the creative misuse of gear, from Gijs Gieskes’ audiovisual instruments to rescued tubes doing wonderfully-glitchy things. Images: 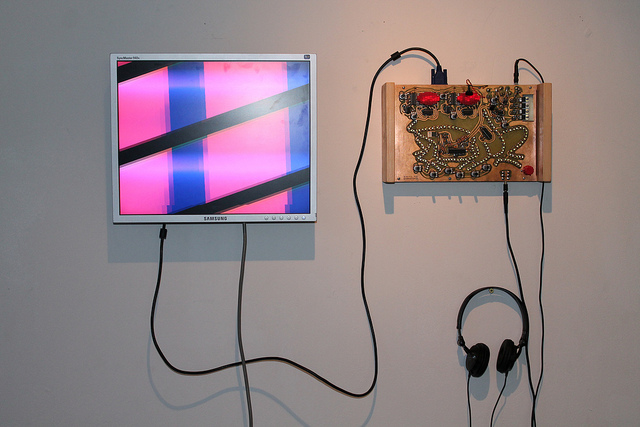 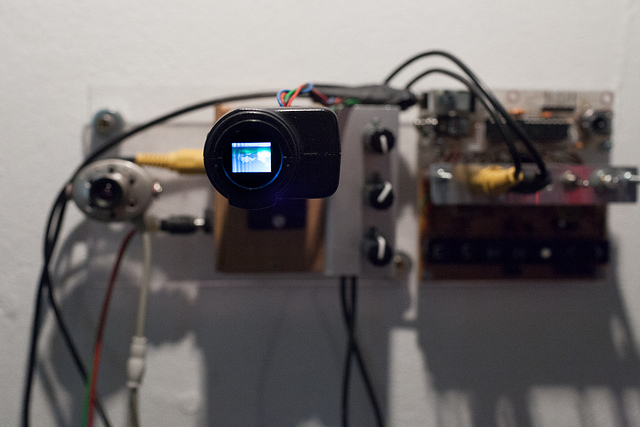 From Gijs Gieskes, the Hypnotoad and a video sampler (seen, from top):

/ HSS3 Hypnotoad
The Hypnotoad is a character from the television series Futurama, it hypnotizes
everyone that looks at it, by generating a drone sound and wobbeling it’s eyes.
A Youtube user made a video loop of this Hypnotoad, that is about 10 minutes long. The HSS3 Hypnotoad is a hardware version of this Youtube video, that can run forever.

/ GVS1b
The GVS1b is a video sampler, that can be used to sample small clips of composite video and play them back in a grayscale depth of 1.5 bit.
In the exhibition setup there is a viewfinder used as a display, and a small security camera that films the person operating the GVS1b so the person can sample itself. 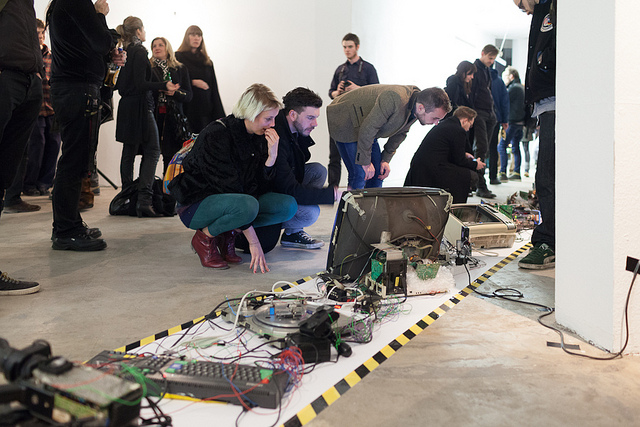 In the “Practice of Everyday Life” Michel de Certeau investigates the ways in which users-commonly assumed to be passive and guided by established rules-operate. He asserts: “This goal will be achieved if everyday practices, “ways of operating” or doing things, no longer appear as merely obscure background of social activity, and if a body of theoretical questions, methods, categories, and perspectives, by penetrating this obscurity, make it possible to articulate them.”
“ReFunct Media” is a multimedia installation that (re)uses numerous “obsolete” electronic devices (digital and analogue media players and receivers). Those devices are hacked, misused and combined into a large and complex chain of elements. To use an ecological analogy they “interact” in different symbiotic relationships such as mutualism, parasitism and commensalism.

Voluntarily complex and unstable, “ReFunct Media” isn’t proposing answers to the questions raised by e-waste, planned obsolescence and sustainable design strategies. Rather, as an installation it experiments and explores unchallenged possibilities of ‘obsolete’ electronic and digital media technologies and our relationship with technologies and consumption. 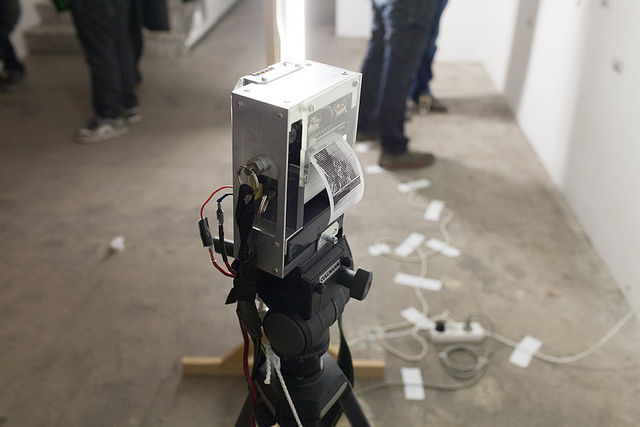 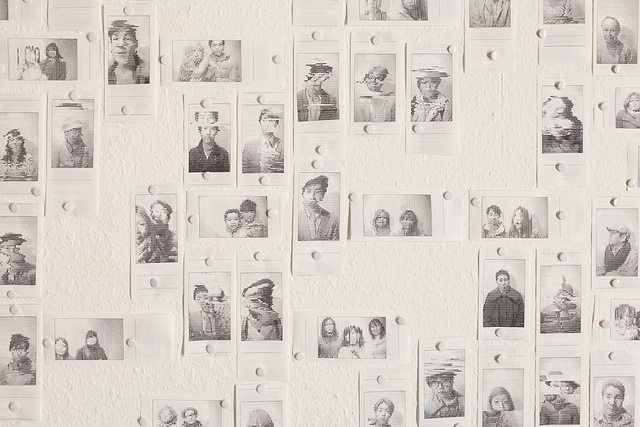 Electronic Instant Camera is a combination of an analog b/w videocamera and a thermal receipt printer. The device is something in between a Polaroid camera and a digital camera. The camera doesn’t store the pictures on film or digital medium, but prints a photo directly on a roll of cheap receipt paper while it is taking it. As this all happens very slow, people have to stay still for about three minutes until a full portrait photo is taken.

If I Only Had a Brain: Livid Builder Brain v2 Could Be Heart of Your Next DIY Project