I Want My IR TV: A Giant Screen Made of 625 Remote Controls 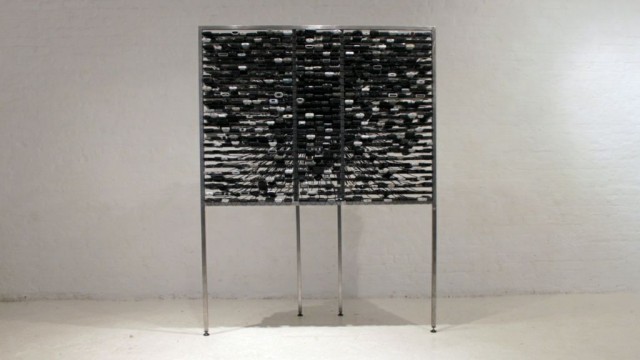 From the avalanche of discarded, used electronics, artists are beginning to make new works. DeFunct/ReFunct, as covered here in some detail recently, appeared last week at Berlin’s Transmediale. But for a uniquely-elegant transformation of the old into the new, Chris Shen shares his TV screen made of some 625 remote controls, as installed in an East London gallery. It can’t be seen with the naked eye, but through any IR-sensitive lens, the screen comes alive. It’s television for other electronics, then, the remote controls putting on an infrared show for an audience of sensors.

625 discarded remote controls, repurposed to broadcast live television using the infrared LEDs inside each device. Creating an infrared display invisible to the naked eye. When viewed through infrared goggles, the light becomes visible and the low resolution TV broadcast can be seen. 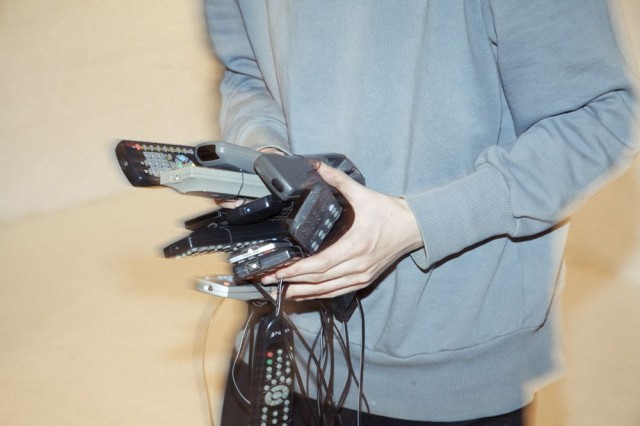 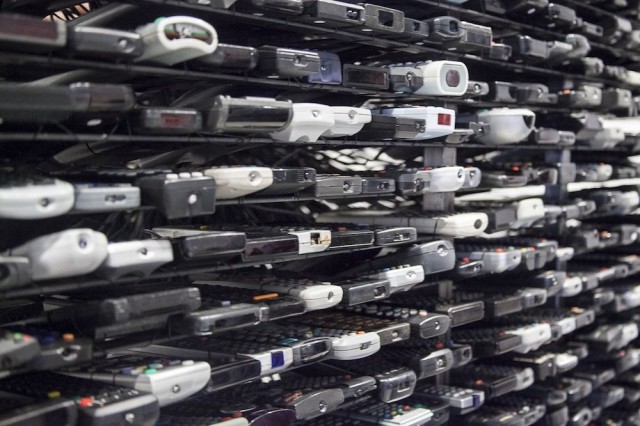 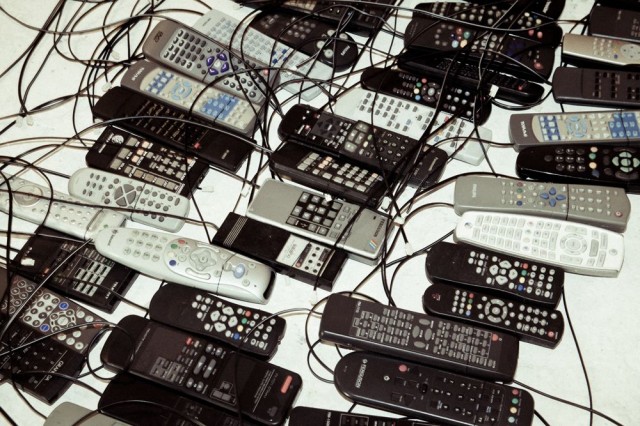 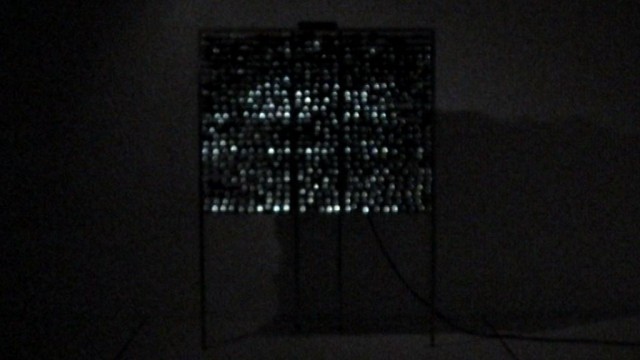 From the press release:

In 1955, Eugene Polley (1915 – 2012) designed the first ever wireless remote control for the Zenith Radio Corporation. At the press of a button, the remote would magically flash an invisible light from across the room and turn your TV set on, off, or change channels, all without you budging from the couch. It was an invention that changed the nature of television.

To kick off 2013 at 18 Hewett Street, Protein is proud to present interactive artist Chris Shen’s original artwork INFRA, a largescale installation that marks the evolution of TV technology. Shen has repurposed 625 discarded remote controls into an infrared sculpture, highlighting the unseen technology in our digital landscape:

“Each of the 625 remote controls is second-hand, without the corresponding TV set – the remotes were discarded, or deemed useless by their previous owner. I will reverse the roles of these devices that are intended to control our TVs, to become the TV itself. By exploring infrared technology, I hope to provide insight into a world that is by its very nature unseen.”

Every TV remote has a small infrared LED at the front. When viewed through infrared goggles a small light that cannot be seen normally becomes visible. Shen uses this invisible light to create a display capable of showing recognisable images in the form of live television, the infrared light then brings light to the room, but only in the infrared spectrum.

The Terror of Watermelons and Your Niece Screaming: Interactive Sonic Fear in Dead Space 3